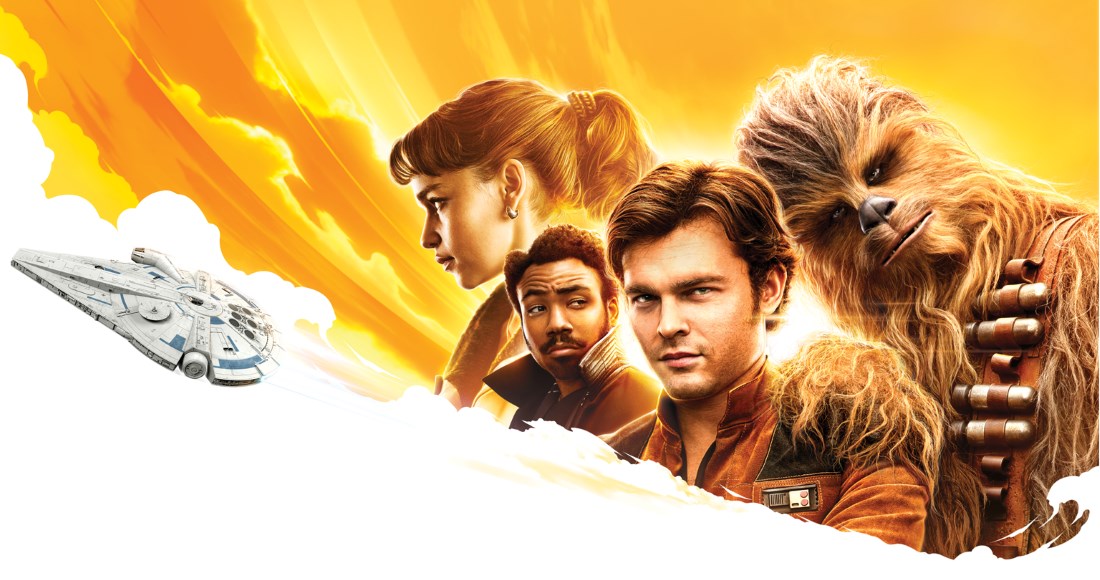 Solo: A Star Wars Story looks as though it will keep its place at the top for a fourth week, currently ahead of this week’s Number 2, Deadpool 2, by 1500 sales, while The Greatest Showman remains at 3.

Avengers – Infinity War (4) is fighting its way back to the Top 5, up two places, and Comedy film Book Club is currently at Number 5, but only just - there are fewer than 50 sales between it and chart climber, Coco (6).

Weather-disaster action flick The Hurricane Heist could be breezing straight in at Number 8 with Rupert Everett’s Oscar Wilde biopic The Happy Prince not too far behind, set to debut at Number 10. Elsewhere in the Top 20, animated series Constantine: City of Demons is currently at 12, ahead of another new entry, Day Of The Dead: Bloodline (19).

As Halloween marches ever closer, so does spooky Tim Burton classic The Nightmare Before Christmas (18), up 7 places, and Night Of The Creeps (40) might just manage to sneak into the Top 40.

Sci-fi action thriller Kill Switch could be the second new disaster movie of the week’s chart at 28, and not far behind is Disney’s Bolt, back in this week at 33.