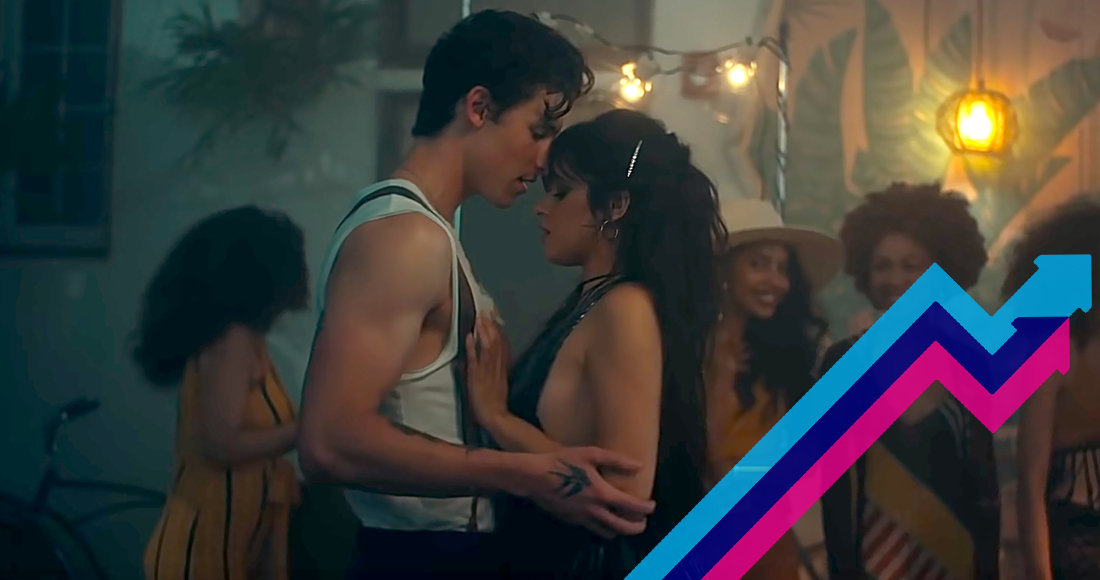 Two very good-looking popstars are certainly better than one, and the new team-up between Shawn Mendes and Camila Cabello is paying off – they claim this week's Number 1 on the Official Trending Chart.

Senorita, the pair's second single together and released just last Friday (June 21), sits atop the Top 10 rundown of  trending songs, which tracks new songs scaling the Official Singles Chart that have yet to peak in the Top 10.

Senorita is at Number 2 on the latest Official Singles Chart sales flash, and looks set to this week's highest new entry, unless Stormzy's new track Crown – also riding high in the Trending countdown – can overtake it by Friday.

Other new releases from Friday making an impact include Nicki Minaj's Megatron, and two Lil Nas X songs from his 7 EP, Panini and Rodeo, which hope to follow the success of his viral hit and chart-topper Old Town Road.