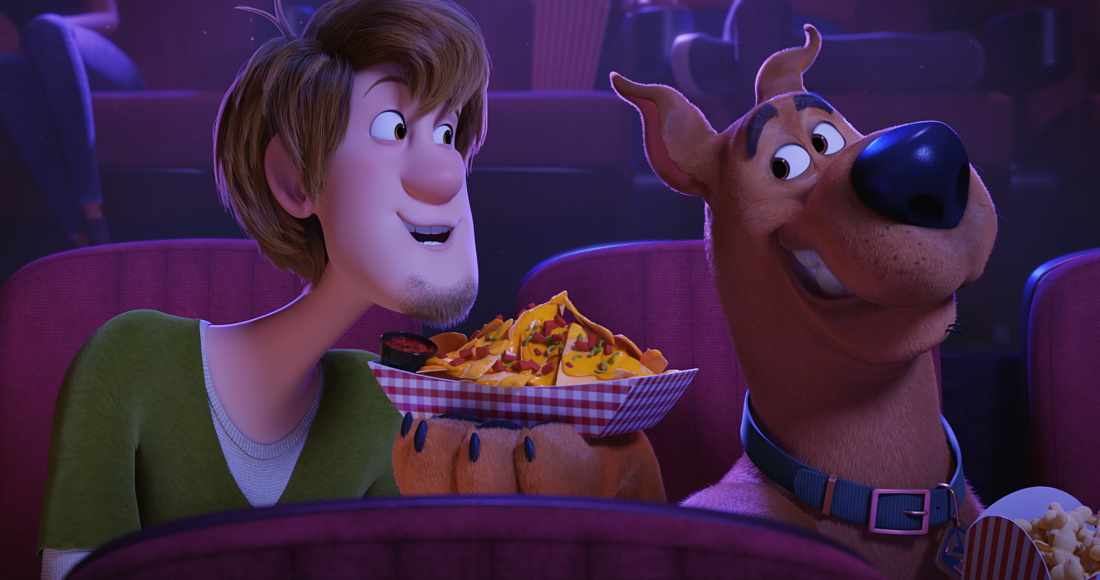 SCOOB! holds its place at Number 1 on the Official Film Chart for a second week. Still leading on only digital download sales, the feature-length animated adventure finishes ahead of its closest competition by 2,900 sales.

At Number 2, Star Wars: Attack Of The Clones is this week’s highest new entry, as the 2002 flick makes its Official Film Chart debut thanks to its turn as the latest in the Star Wars series to enjoy a limited edition 4K SteelBook release.

This week’s second new entry at Number 6 is Stanley Kubrick’s 1987 war-time epic Full Metal Jacket, which enters the chart for the first time also thanks to a 4K re-release.

Sonic the Hedgehog (7) and Jumanji: The Next Level (8) both climb two places to land just ahead of another classic film’s first stint in the Top 10; One Flew Over The Cuckoo’s Nest (1975) comes in at Number 9 following the streaming release of its prequel series Ratched. 89% of the film’s sales are made up of digital downloads, with audience’s keen to catch up with the original oscar winning classic.

This week’s Official Film Chart features a preview of Gemma Arterton in war-time drama, Summerland, available to Download & Keep from October 5. The film stars Arterton as a reclusive writer who is forced to bond with a young boy who has been entrusted to her care after the London Blitz. Watch below: