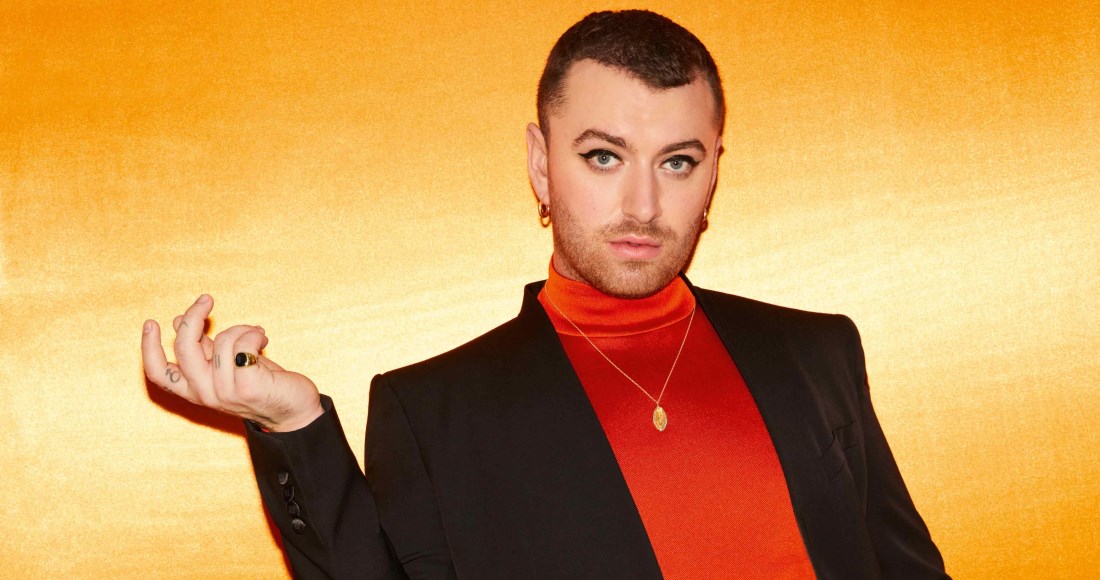 Sam Smith has been one of the biggest breakthrough talents of the last decade.

With stellar solo songs like Stay With Me and Too Good At Goodbyes in their back catalogue, plus big collaborations with Disclosure, Naughty Boy and Calvin Harris, it's easy to see why Sam is so popular.

With new album Love Goes on the way that could see them score a third Number 1 on the Official Irish Albums Chart, we're looking back at Sam's success on the Ireland's charts to date.

Sam has so far scored 20 Top 50 entries in Ireland - that's more appearances than their contemporaries like Adele, Emeli Sande and Jessie J. Eight of those tracks feature on their debut In The Lonely Hour (including its Drowning Shadows deluxe edition), which was the third biggest album of 2014 behind Ed Sheeran's + and Hozier's self-titled.

How many times has Sam Smith cracked the Top 10?

Sam has reached the Top 10 on 10 occasions; the first was the Naughty Boy collaboration La La La and the most recent was 2019's How Do You Sleep?. Eight of those also cracked the Top 5 - that's more than the likes of The Weeknd, Maroon 5, Rita Ora and Little Mix. Interestingly, Sam has peaked at Number 4 four times.

Sam has a pair of Number 1s - worldwide smash Stay With Me, and 2018's Promises, a collaboration with Calvin Harris. Promises spent five weeks at Number 1 and has been streamed 16.2 million times in Ireland.

Ok, so now we're just having a humble brag about some of Sam's tracks performing better on Irish soil than their native UK. Recently, How Do You Sleep? was a Top 5 hit, peaking at Number 4 - that's higher than Number 7 that the song topped out at in the UK. Also Sam's collaboration with Demi Lovato I'm Ready topped out at 13, surpassing its Number 20 top position in the UK.

In December 2018, Sam released Fire On Fire, the soundtrack theme for Netflix's Watership Down. The winter warmer reached Number 38 in Ireland, while it didn't break into the UK Top 40. Sticking with a festive time of year, Sam's version of Have Yourself A Merry Little Christmas from 2014 peaked at 46 on the Official Irish Singles Chart, 19 positions higher than in the UK.