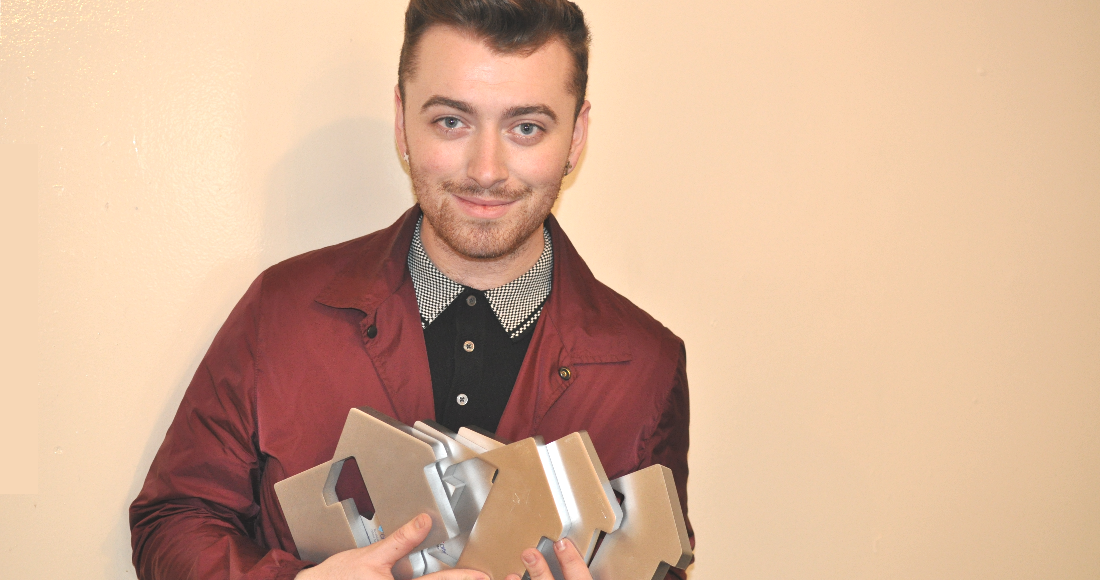 As Sam Smith’s In The Lonely Hour celebrates its first birthday this week, OfficialCharts.com can reveal that the album has achieved a chart feat only previously managed by The Beatles.

Exactly one year after its release, Sam is the only debut act since The Beatles to spend nearly a whole first year inside the Top 5 of the UK’s Official Albums Chart with their debut album!

On its first anniversary, In The Lonely Hour has already logged an astonishing 50 weeks in the Top 5. The last, and only other, debut album in Official Charts history to manage this kind of unshakeable performance in its first year of release was The Beatles’ Please Please Me in 1963, which remained in the Top 5 for 51 weeks of its first year on sale (and 56 weeks overall), according to Official Charts Company records. 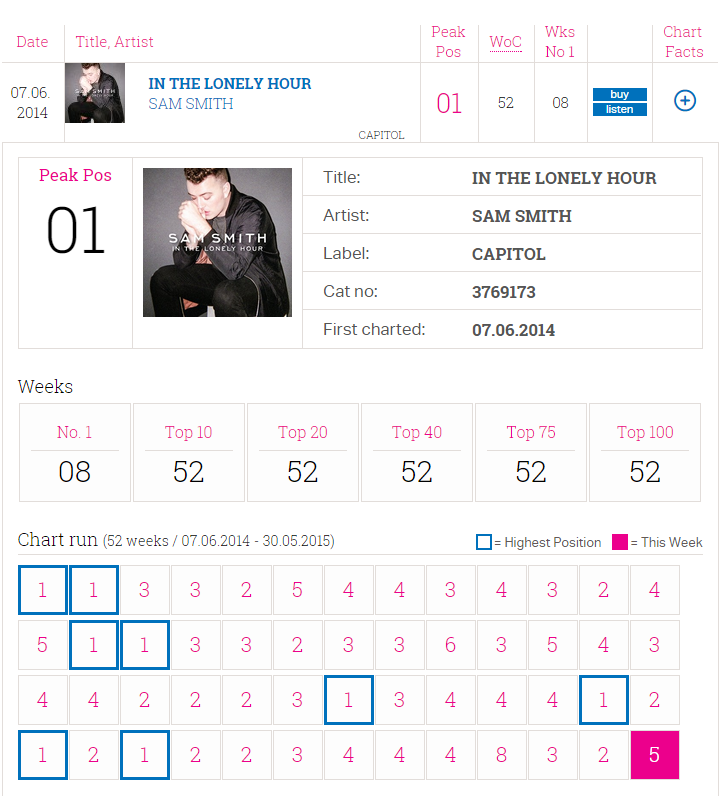 Select the ‘Chart Facts’ drop down button here to view In The Lonely Hour’s interactive week by week chart run.

Sam tells OfficialCharts.com: “Seeing this statistic genuinely makes me feel very weird, but also insanely happy and just so thankful to everyone who has purchased the album. Not so lonely anymore!”

The only other (non-debut) act to rival either of these performances is Simon & Garfunkel’s Bridge Over Troubled Water, who managed the full first 52 weeks inside the Top 5 back in 1970 (84 consecutive weeks overall).

It’s been an incredible 12 months for Sam since In The Lonely Hour’s release. In addition to being a regular feature at the top end of the chart, last year he became the only artist to sell 1 million albums in the UK and US, performed to sold-out crowds across the globe and picked up four Grammys including Best New Artist.

As well as racking up 1.7 million album sales in the UK to date, Sam’s album has also spawned a string of successful singles, including the Number 1s Money On My Mind, and Stay With Me. Plus further chart-toppers under his belt courtesy of collaborations with John Legend on Lay Me Down FT John Legend, and with Naughty Boy on La La La.   Check out Sam Smith’s full Official Chart history here including all his singles and albums and where they peaked.