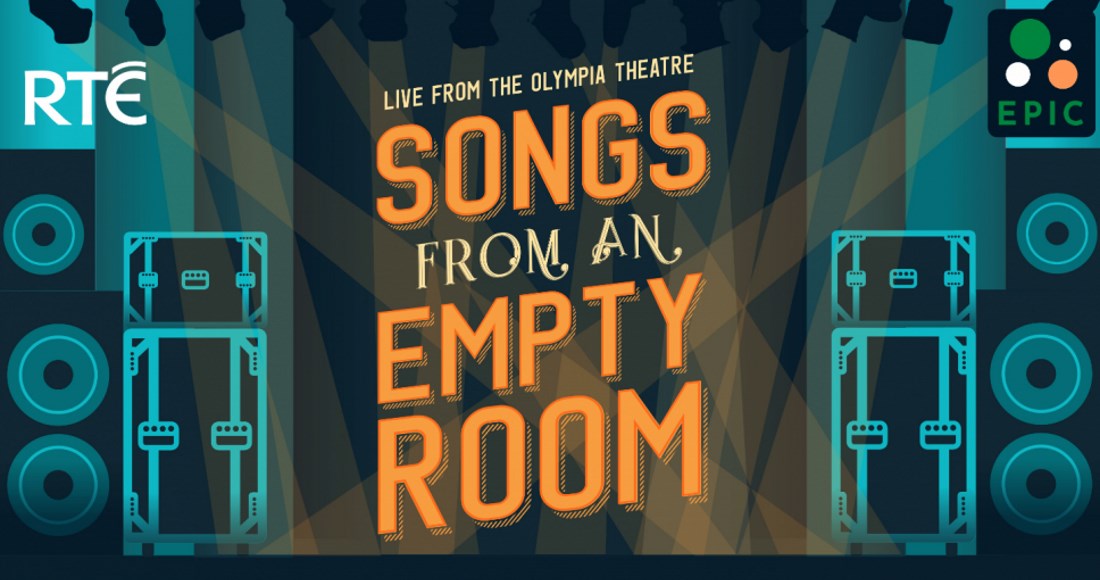 Some of Ireland's biggest names and rising stars will come together later this month for a special one-off televised concert.

Songs From An Empty Room will be held on Saturday July 25, hailing from Dublin's Olympia Theatre plus more of Ireland's iconic venues such as Cyprus Avenue in Cork, Galway’s Roisin Dubh, INEC in Killarney and Dolan’s in Limerick.

Organised by EPIC - the Event Production Industry Covid-19 Working Group - Songs From An Empty Room will be over two hours in length, featuring 19 of the country's top music acts.

Join @eoghanmcdermo & @djjennygreene, and watch some of Ireland’s best bands perform from live music venues across the country 🎸#WeAreTheSupportAct#SupportingArtistsSupportingUs pic.twitter.com/5eEXvv1VMd

The event will be hosted by 2FM breakfast show and drivetime hosts Eoghan McDermott and Jenny Greene, who will also be interviewing some of the acts on the bill at the Olympia Theatre.

Songs From An Empty Room will air on Saturday June 25 from 8.30pm-10.45pm on RTÉ2, with coverage across RTÉ 2FM, with an on-demand replay on RTÉ Player.