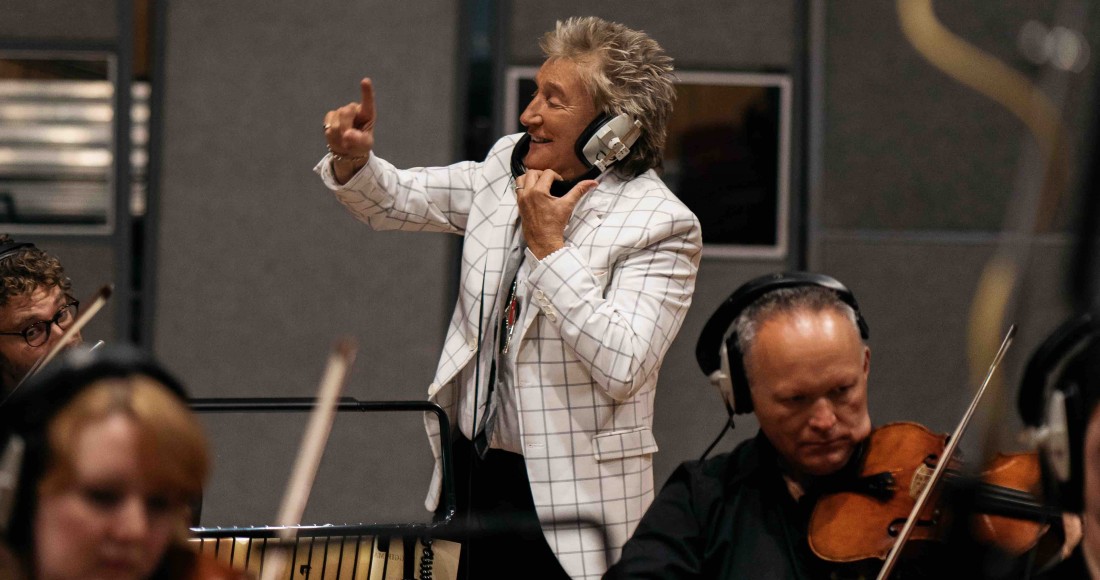 The results are in – and the other big win of the week belongs to Rod Stewart, who celebrates his 10th UK chart-topping album with You're In My Heart.

Unlike the General Election, the contest for Number 1 album was a close three-way race, with leaders switching throughout the week. But at this final count, there are only 750 copies between the Top 3 – Rod's orchestral reimagining of his biggest hits climbs one place to the top, while nearest rivals Robbie Williams' The Christmas Present and The Who's WHO, settle for Numbers 2 and 3 respectively.

Rod also finds himself not only with a tenth Number 1 album, but a new UK chart record! While it's almost impossible to believe, the ageless Rod the Mod is now the oldest male solo artist to top the Official Albums Chart. At 74 years and 11 months old, Rod beats previous record-holder Paul Simon by three months. See a rundown of older artists who ruled the Official Chart

Speaking to OfficialCharts.com, Rod said: "A new government and and a new Number 1 for Sir Rod. Thank you once again to my legions of fans who I will never take for granted. Bless you all and a Merry Christmas. Well done Robbie, well done Boris, no hard feelings Pete Townshend."

Highest new entry, then, belongs to The Who, whose twelfth studio album WHO is their first collection of new material since 2006’s Endless Wire and goes in at 3.

Continuing the silver streak of success is war veteran and Britain's Got Talent winner Colin Thackery, who becomes the oldest artist to debut in the Official Albums Chart Top 20: Love Changes Everything is new at 13.

Following the release of a special edition, Jack Savoretti's Number 1 album Singing to Strangers rockets 58 places back up the chart to Number 27, and a performance on the Jonathan Ross Show last Saturday helps Stereophonics' Kind rebound 13 slots to Number 35.

American rapper Roddy Ricch makes his UK Top 40 debut with his first studio album Please Excuse Me For Being Antisocial, in at 39, and George Ezra sneaks back into the Top 40 with Staying at Tamara's rising two places to 40.