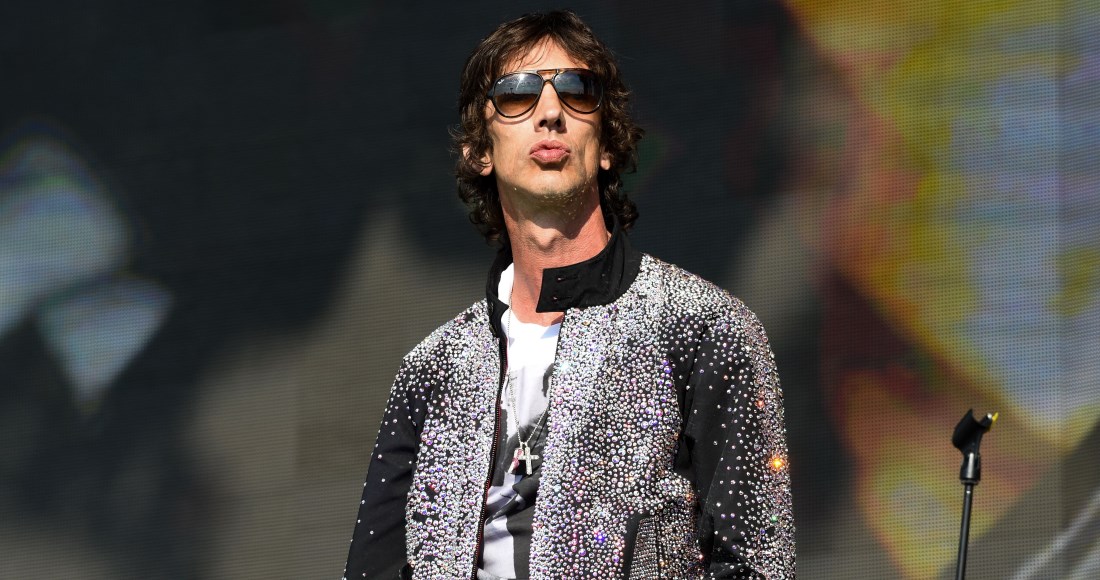 Richard Ashcroft could take out his second UK Number 1 album this week.

The Verve frontman’s fifth solo studio album Natural Rebel is just over 2,000 combined chart sales ahead of its nearest competition this week, the Motion Picture Cast Recording to A Star Is Born (2).

Richard last peaked at Number 1 with a solo album in 2000 when he released his debut record Alone With Everybody. All four of Richard’s previous solo efforts reached the Top 3. Click here to view Richard Ashcroft's full UK chart history.

Queen’s Bohemian Rhapsody soundtrack is on the cusp of becoming their 24th UK Top 5 album, sitting at Number 4 on today’s Official Chart Update. Rock legends Disturbed are also aiming for the Top 10 with Evolution at 6, while The Overtones’ self-titled album is just behind at 7. Rock group Greta Van Fleet are also Top 10 bound with their debut LP Anthem of the Peaceful Army at Number 8.

Dua Lipa charges 45 places to the midweek Number 11 with her self-titled debut following the release of its Complete Edition, while Christine and the Queens is also a huge climber following her performance on The Graham Norton Show – Chris rockets 22 positions to Number 20.

Future and Juice WRLD’s collaborative mixtape Wlrd On Drugs begins at 21, while R.E.M.’s live album At The BBC is at 23. Travis Scott’s Astroworld looks to lift eight places after being released on CD (26), plus folk vocalist Karine Polwart currently stands at 29 with Laws Of Motion. Also gunning for a Top 30 finish is the Original Cast Recording to Doctor Who: Zygon Hunt, given a limited vinyl release last Friday.

Finally, Neneh Cherry’s Broken Politics impacts at Number 35 at the halfway point of the chart week, and John Carpenter’s Halloween – OST is at Number 40.