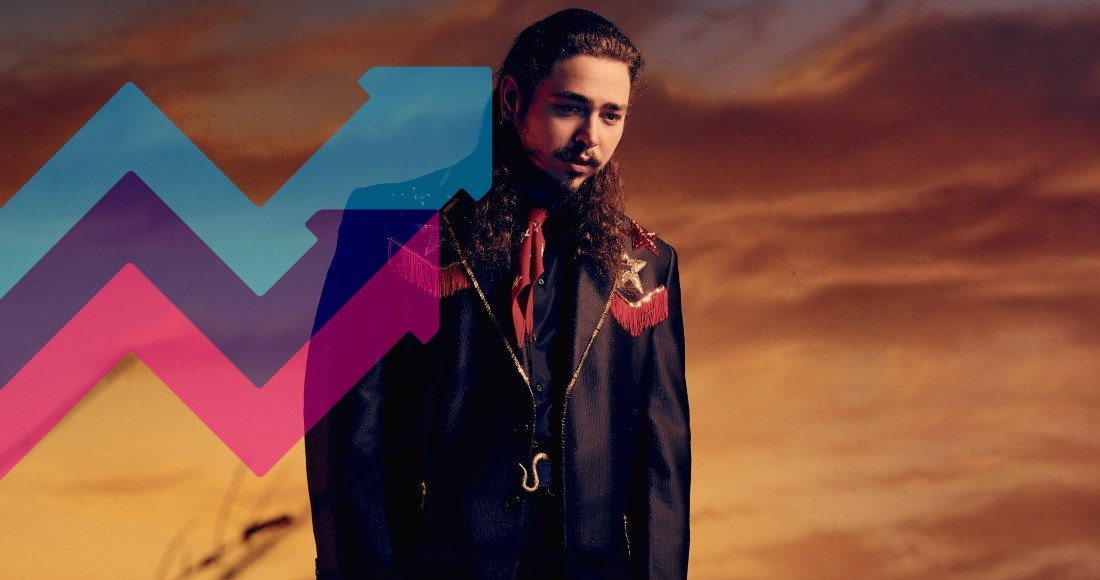 It's been a big year on the charts for Post Malone, and he's not done yet. The rapper's new single, Sunflower, debuts at Number 1 on this week's Official Trending Chart.

The song, which features one half of hip hop duo Rae Sremmurd Swae Lee, tops the chart of 20 songs making the biggest impact in the UK this week, based on movement up the Official Singles Chart since the previous Friday.

Sunflower was recorded for the upcoming animated Spider-Man: Into The Spider-Verse film, which is out in cinemas on December 14. The song's accompanying music video is one of the first big reveals of the footage from the movie - watch below.

Sunflower is on course to debut inside the Top 10 on the Official UK Singles Chart, currently at Number 8 in the latest update with over 1.5 million streams logged in its first 48 hours on sale. If it holds, it'll be Post's fourth Top 10 single in 2018 following his feature on Tiesto's Top 5 hit Jackie Chan.

Also making a big impact this week is James Arthur's latest track Empty Space. The song, which marks a return to his signature sound after a disappointing showing for his previous single You Deserve Better, is set for a Top 40 debut on the Official Singles Chart.

More brand new singles feature in this week's Official Trending Chart, including the latest offering from The 1975's upcoming album It's Not Worth Living (If It's Not With You), and Dua Lipa's collaboration with South Korean girl group Blackpink, called Kiss And Make Up. Both have a Top 40 debut on the Official Singles Chart in their sights this week.

Elsewhere, Rak-Su's Adina Howard-sampling I Want You To Freak is trending after their performance on The X Factor results show, and two songs from Khalid's new Suncity EP feature: Better and the title track. 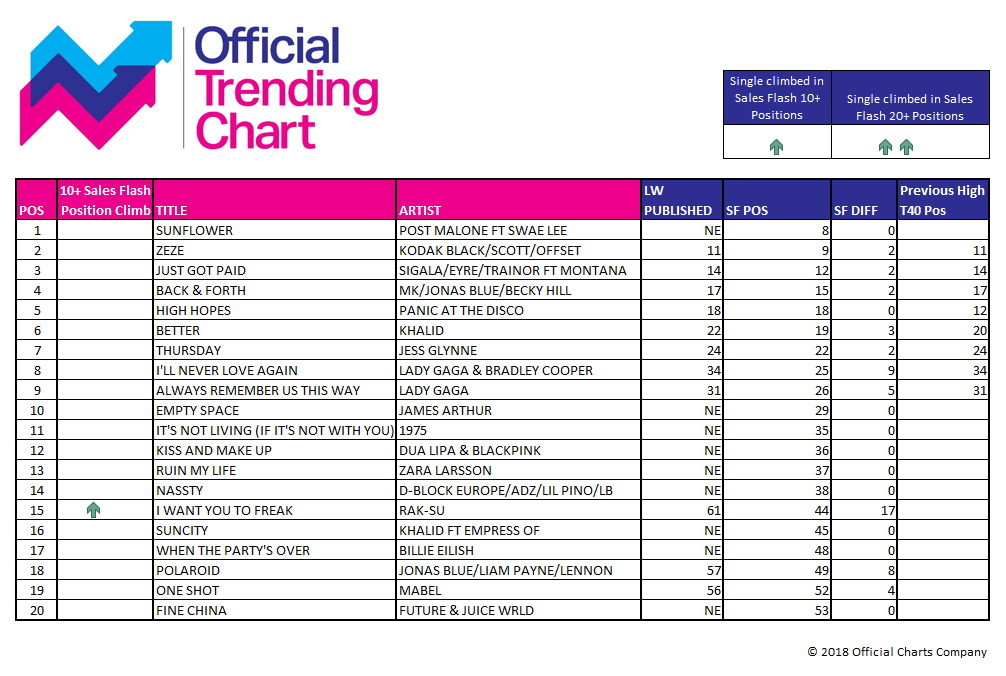