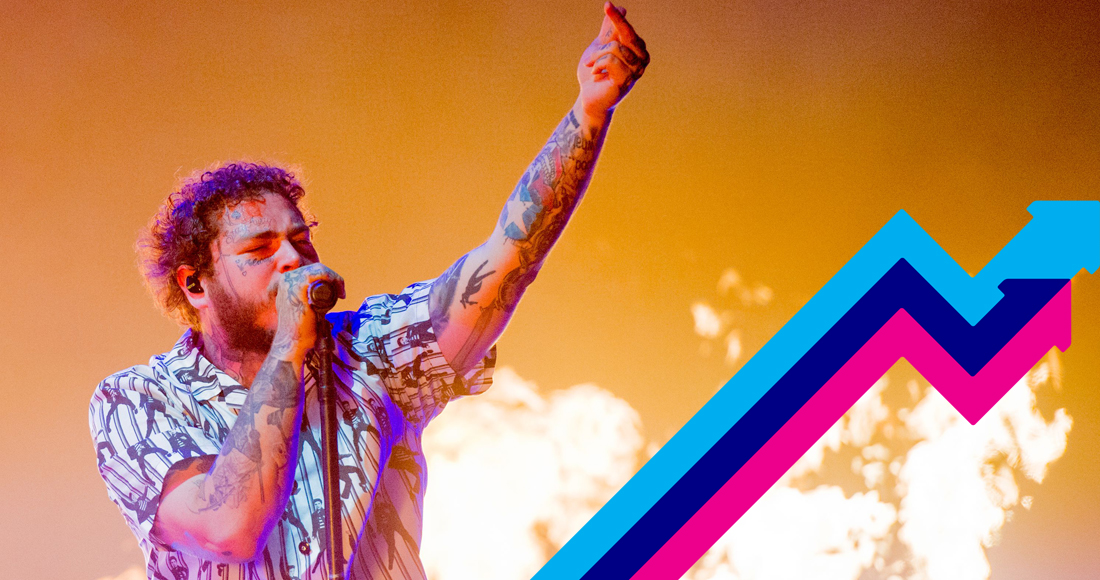 Post Malone is running rings round his rivals on this week's Official Trending Chart as he looks set to score two new Top 10s on the singles chart on Friday.

Following the release of Malone's third studio album Hollywood's Bleeding, Circles tops the Top 20 rundown of the UK's trending tracks, and is currently at Number 4 on today's latest sales flash, while the album's title track is right behind it, currently at Number 9.

Stormzy is also making waves and eyeing his ninth Top 20 with Sounds of the Skeng, and as his EP Aitch2O prepares to make a dent in the Official Albums Chart, Manchester rapper Aitch claims two spots on the trending rundown, with Buss Down, featuring Ziezie, and Intro.

Elsewhere, Amy Wadge is getting a serious boost on the Official Trending Chart with Faith's Song, from her soundtrack for cult BBC drama Keeping Faith; Billie Eilish's All The Good Girls Go To Hell is starting tpo build momentum; and following the release of the full-length version of album Snacks, Jax Jones makes an appearance with This is Real, featuring Ella Henderson.