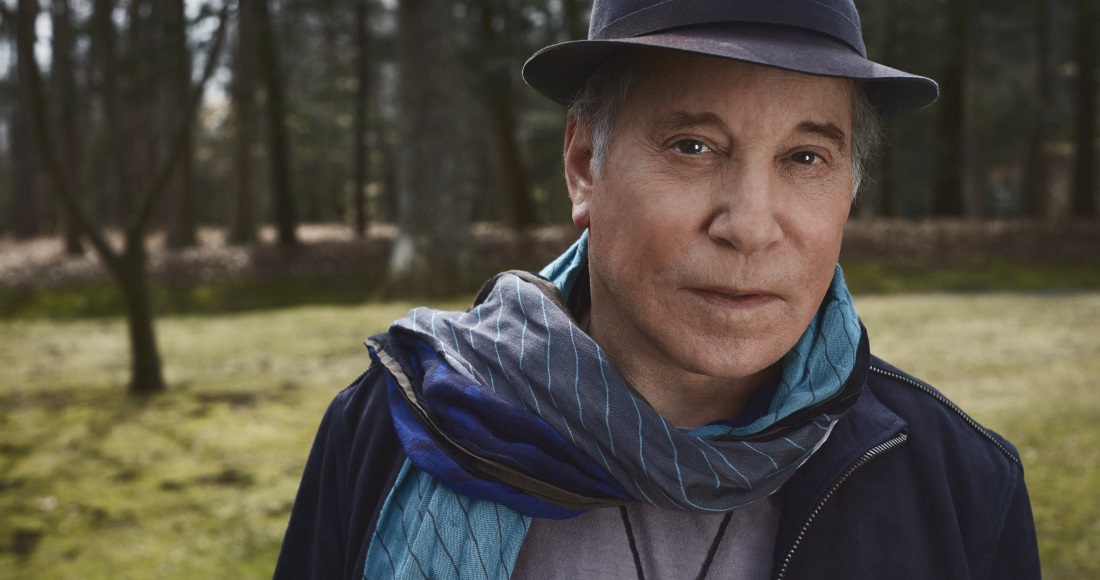 Paul Simon today adds a fifth chart-topping album to his collection as his 13th solo album Stranger To Stranger goes straight in at Number 1.

Speaking to OfficialCharts.com, the legendary singer-songwriter said: "I don't know a recording artist who wouldn't be elated to have a Number 1 album. A big thank you to everyone who thought enough of the music to go out and buy it. I hope it stands up to multiple listens."

While Paul hit the top last year with career retrospective The Ultimate Collection, this is his first Number 1 studio album in 26 years, since Rhythm Of The Saints hit the top in 1990. View  Paul Simon’s full Official Chart history.

Drake’s latest set Views stays at 2, while Coldplay move up one place to 3 with A Head Full Of Dreams. The band kicked off their UK stadium tour in Manchester last weekend.

Beyoncé's Lemonade slides one to 4, and last week’s Number 1 The Ride by Catfish and the Bottlemen drops to 5.

An all-new album from The Monkees, Good Times! – marking the band’s 50th anniversary – is new at Number 29, Canadian siblings Tegan & Sara are at 30 with their eighth album Love You To Death, and Paul Simon's The Ultimate Collection vaults 89 places to land at Number 31.

American hardcore band Beartooth are new at 35 with Aggressive, while Bob Marley and the Wailers' classic songs collection Legend rises seven places to return to the Top 40 at 39.