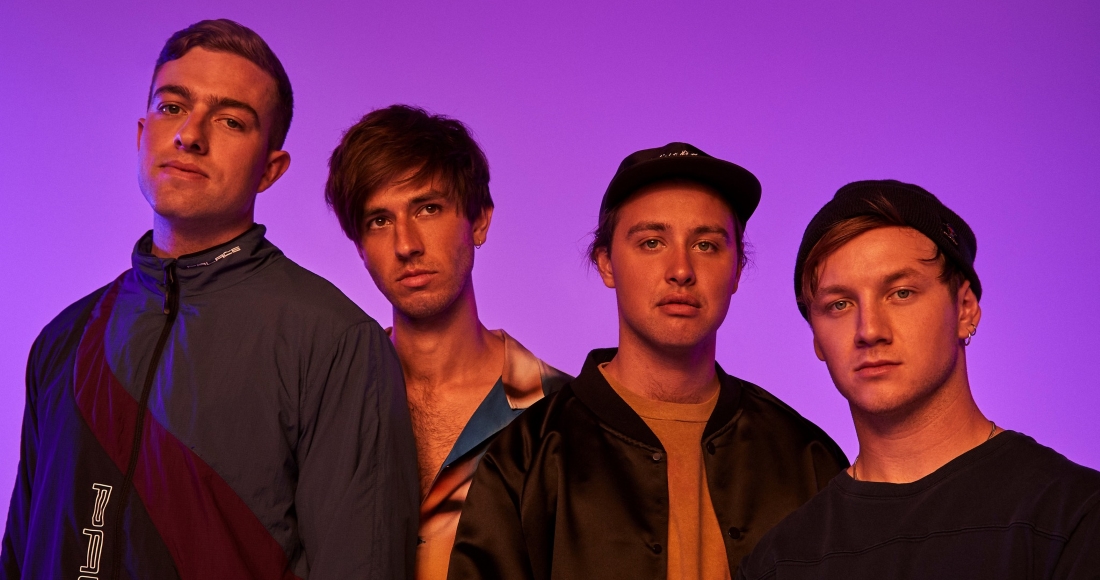 Drax Project are a band of New Zealanders who are stars in their homeland, but haven’t quite cracked the UK... yet.

Stars in New Zealand, you say...

Shaan (vocals/saxophone), Matt (drums) met while studying Jazz music at university, and used to busk playing saxophone covers of popular songs on the street to make rent. Videos of the duo caught the attention of an influential producer, and the band were soon signed to a major label, where they were joined by Sam (bass) and Ben (guitar).

A healthy mix of pop, dance and hip-hop; feel-good vibes that are perfect for Summer (or an unseasonably warm Spring). Woke Up Late, which features Hailee Steinfeld, gives a pretty good impression of their overall sound.

This new version of Woke Up Late – featuring Hailee Steinfeld – has been climbing various viral and rising star charts on streaming platforms. In the UK, it's been streamed 1.8 million times to date, according to Official Charts data.

Just a few. They’ve supported Ed Sheeran, Gorillaz and fellow Kiwi Lorde on tour in their homeland. Speaking of which, they actually broke Lorde's record for the fastest-ever selling club show in Auckland, selling out in three minutes. On the other side of the globe, they were personally asked by Camilla Cabello to join her on her 2018 UK tour.

They just finished a run of UK dates including Brighton's Great Escape festival, and sold out shows in London and Manchester.

They've just released brand new single All This Time; a fan favourite at their live shows, it features some impressive high notes and a big, bassy saxophone drop that never fails to get a crowd going.

Of the track, the band said “For us, All This Time is the closest representation of what a Drax Project show is like. The contrast between the clean guitar and vocals to the heavy distorted saxophone is something we’ve been looking to do for a long time"

All This Time is out now, and make sure to check out the recent acoustic version of their EP Noon here.