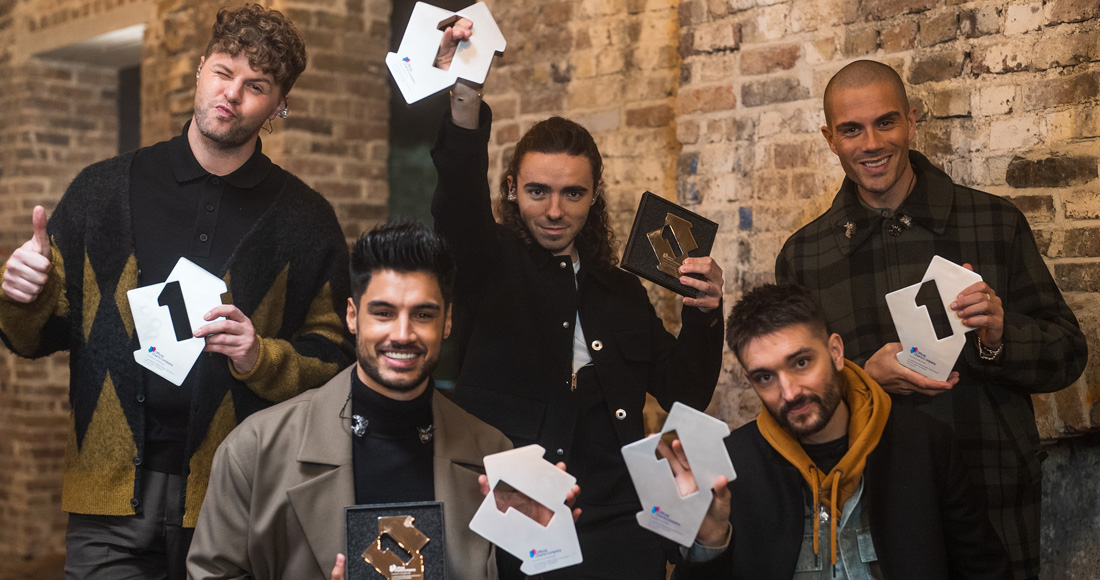 The Official Charts Company is delighted to announce the very first fans’ replica of the highly sought after Official Number 1 Award, in collaboration with The Wanted.

The brand new special edition awards are exclusive replicas of the world famous Official Number 1 award which, until now, has only been available to artists (and their teams) who achieve an Official UK Number 1 single or album.

This December marks 10 years of the Official Number 1 Award, launched in 2011 to honour artists who achieve the pinnacle of chart success in the UK. Since then, acts ranging from Dua Lipa to Dave, Ed Sheeran to Elton John, and Little Mix to Lewis Capaldi have received awards to celebrate their chart-topping success. Now, fans have the chance to get their hands on a piece of chart history.

Launching the Official Fan Number 1 Awards are comeback kings The Wanted, with their two Number 1 singles: All Time Low, the band’s chart-topping debut single released in 2010, and Glad You Came, which went to Number 1 in 2011 and has over 1 million chart sales. Both feature on the band's forthcoming album Most Wanted - The Greatest Hits, out on November 12.

Watch the group show off the Official Fan Number 1 Awards below:

The fans’ awards will be limited to a run of 500 per single, making this a real one-off opportunity to own a piece of pop history. The awards are priced at £69 and will be shipped to customers from December 15 2021 - available to pre-order now from the Official Charts’ new online store at shop.officialcharts.com

The awards are cast from polished, plated aluminium, exclusively numbered and will be delivered with a stand and presentation box. The awards will also be fully personalisable for the recipient. Standing 12cm high and 8mm thick, the exclusive awards are made from 95% recycled materials and manufactured in the UK. 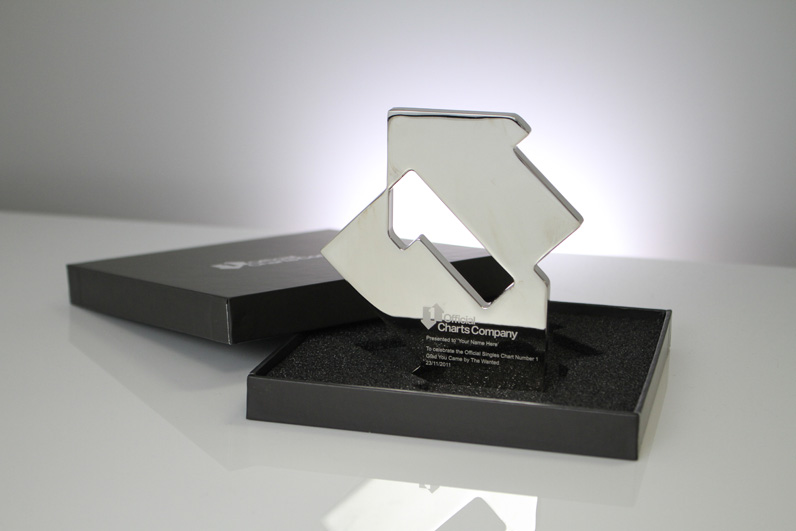 The Wanted told OfficialCharts.com: "We were over the moon to receive our Number 1 awards for Glad You Came and All Time Low, they were massive moments in our careers and the songs were successful all over the word. It’s great that the fans have the opportunity to buy a piece of history and celebrate our success with us."

Official Charts’ chief executive Martin Talbot added: "We are extremely excited to be teaming up with The Wanted to be launching this exclusive new collectible, which we hope will be a must have for the biggest Wanted fans on the planet leading up to this Christmas.

“The Official Number 1 Awards have become must have trophies for the biggest stars on the planet over the past decade, from Ed Sheeran and Taylor Swift, to Elton John and the Foo Fighters – we are delighted to be giving music fans the opportunity to own their own slice of pop history.”

More limited edition fan awards in collaboration with other Number 1 artists are in the pipeline – watch this space.