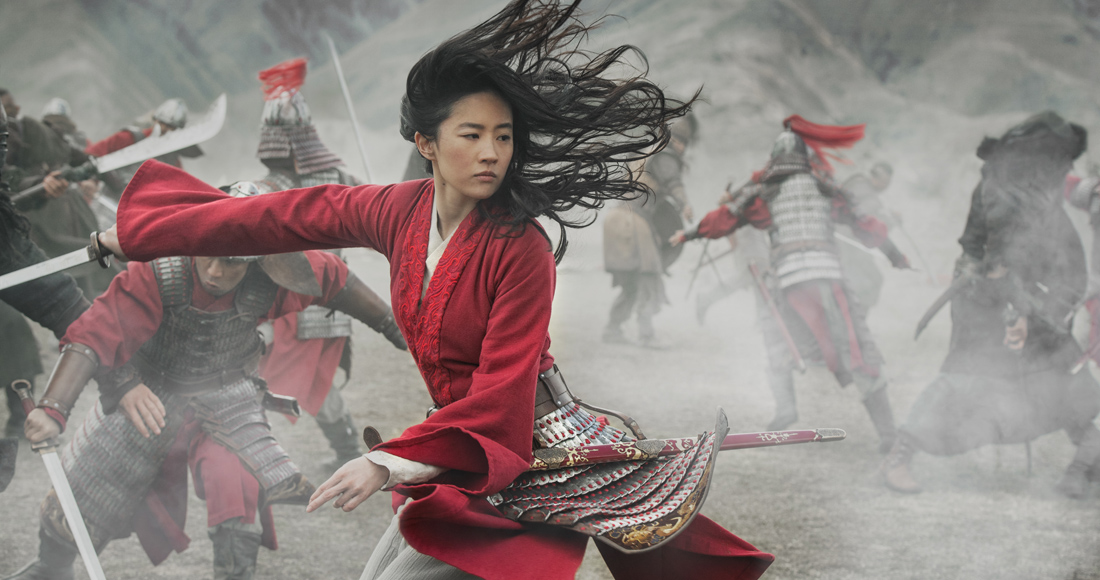 The film enters the Official Film Chart after becoming available for purchase on physical and digital download formats - it was originally available to watch via Premier Access on Disney+ this summer, in lieu of a wider cinematic release due to the pandemic. Disney’s Mulan stars Yifei Liu as the eponymous character, who disguises herself as a male soldier in order to save her ailing father (Tzi Ma) from being conscripted.

Last week’s Number 1 Last Christmas drops to Number 2 and is the first of several Christmas entries on this week’s chart. Much-loved comedy Elf flies up 12 places to Number 3, and Jim Carrey’s classic portrayal of The Grinch re-enters the chart at Number 9. Further up the Top 20, The Polar Express (15) and Love Actually (16) are also back in the Top 20 as viewers gear up for the festive season.

MORE: Keep up to date with this year's Christmas Number 1 race

1917 returns to the Top 10, climbing nine places to Number 4, while Frozen 2 drops to Number 5. Star Wars: The Force Awakens enters the Top 10 at Number 6 following a new 4K re-release, as Onward drops to 7.

Dolittle starring Robert Downey Jr. zooms up 25 places to Number 8, and Star Wars: The Rise of Skywalker rounds off this week’s Top 10 at Number 10.

On this week’s Official Film Chart show, catch a preview of Russell Crowe in action-thriller Unhinged, which is available to Download & Keep from November 23.