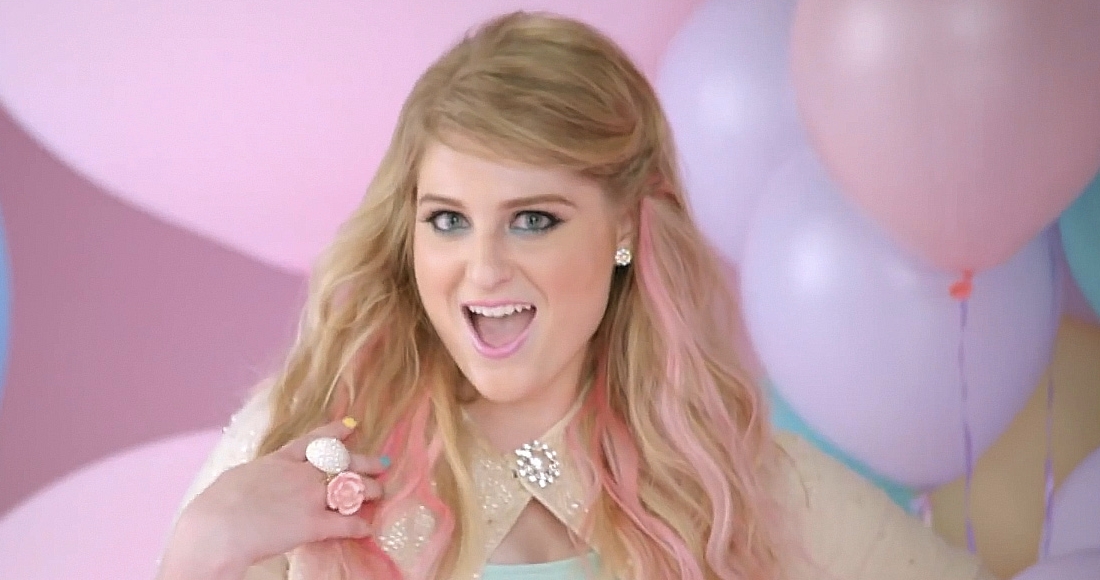 Pop newcomer Meghan Trainor has made Official Chart history already with All About That Bass, and the song doesn't even get its full sales release until next week!

The infectious “body-positive” All About That Bass, which is due for its full UK sales release next week, climbs 20 places to Number 33 this week, entering the Top 40 for the first time after racking up a huge 1.17 million streams this week across audio streaming services including Spotify, Deezer, O2 Tracks, Napster and more.

The Official Charts Company announced in June of this year that streams were to count towards UK Official Chart rankings for the first time from July, at a ratio of 100 streams equal to one purchase or download. The move, which was supported by the UK music industry, followed an explosion in streaming services with the total number of weekly audio streams selected by music fans growing from 100 million a week in January, 2013 to 200 million a week in January 2014.

Daft Punk’s Get Lucky became the first track to be streamed 1 million times in a week last spring, but 2014 has already seen a flurry of tracks hit this weekly tally with the likes of Clean Bandit’s Rather Be and Waves by Mr Probz even surpassing the 1.5 million in a week mark.

Check out the Top 100 most streamed tracks of the week here.

The self-empowering pop banger, All About That Bass, by Massachussets singer/songwriter Meghan Trainor encourages girls to love their bodies, regardless of their shape and size. Having “all the right junk in the all the right places” is a message that seems to be catching, and with All About That Bass attracting streams on all the right streaming services too, the catchy doo wop-laden tune fires Meghan all the way to a debut Top 40 hit a full week ahead of its download release. The first time an artist has charted in the UK purely based on something other than sales.

“Congratulations to Meghan Trainor, who scores an historic first in the Official Singles Chart with her single All About That Bass. In scoring the first Top 40 hit on streams alone, she really has broken new ground.

Does Meghan Trainor carry enough ‘boom boom’ to take her all the way to Number 1 next week? Check out the Official Chart Update on OfficialCharts.com and BBCR1 from 3.30pm on Wednesday to see where All About The Bass enters midweek.