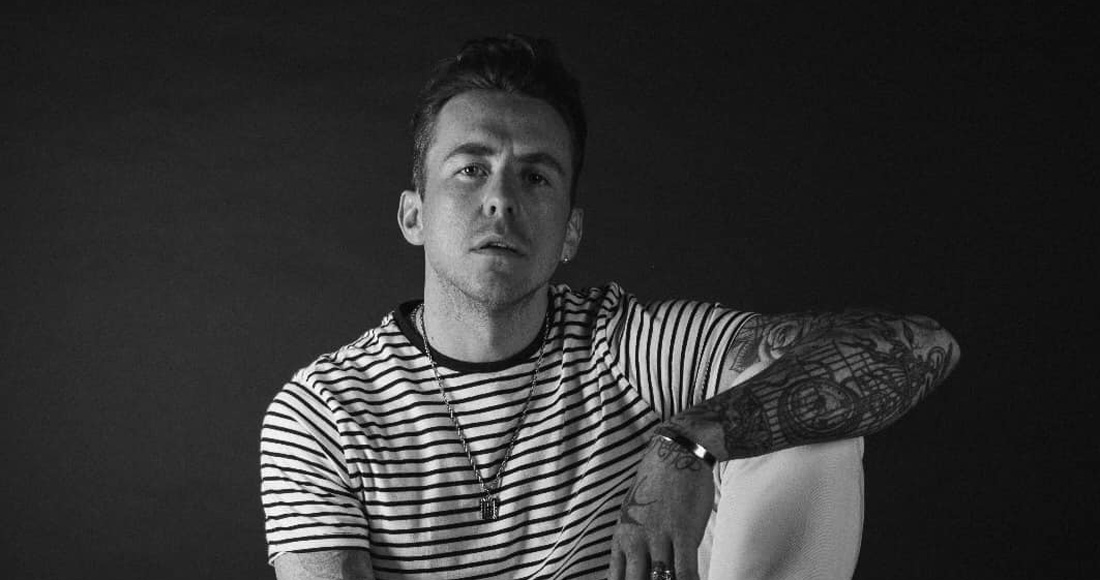 Danny Jones has many strings to his bow. After over a decade of success with McFly - where they racked up 21 Top 40 singles, including seven Number 1s, plus two chart-topping albums - he's become a successful songwriter and producer in his own right, as well as a mentor for the next generation of singers as a coach on The Voice Kids.

In June this year he launched his solo career by releasing one track a week, which forms his debut EP. The lead song Muddy Water a rousing, Americana-tinged stompathon rooted in overcoming his often difficult childhood that resulted in a fractured relationship with his father.

In the latest episode of our podcast, Official Charts: Take The Hit, Danny said: "The solo stuff took a while. It’s been like therapy because growing up with whatever experiences you grow up with, it’s hard to write about it.

"It’s hard to go back and revisit it and understand why you’ve got anxiety; understand why you are who you are. I have more positives that I can pull [from it] than negatives. Yes I’ve had anxiety, yes I’ve been down about it, yes I don’t talk to my dad anymore."

Danny says the silver lining of evaluating the difficult periods in his life have resulted in "some amazing tunes".

"I feel self-helped, in a way," he adds, "because of the situations I’ve written about and not realising I felt that way. Honestly, it’s been these huge two years of becoming a man, I suppose. I’ve definitely become stronger just by writing about it. It’s almost like a weight off my shoulders."

Another song on the five-track EP called Signs is about when he was dating his now-wife Georgia, who he married in 2014.  “[The EP] is really broad," he explained. "I didn’t want every song to be just about my upbringing. I have other songs about me coming home and finding my mum crying and my dad having an affair. We’ll get to that, there’s time for that to come out. I was scared at first, but I felt a real kind of release from it.”

In the podcast, Danny also reflects on over ten years of success with McFly, coaching the next generation of singers on The Voice Kids, and life as a new dad.

Danny's UK tour kicks off on August 31 and travels across the UK in September. More info and tickets here.