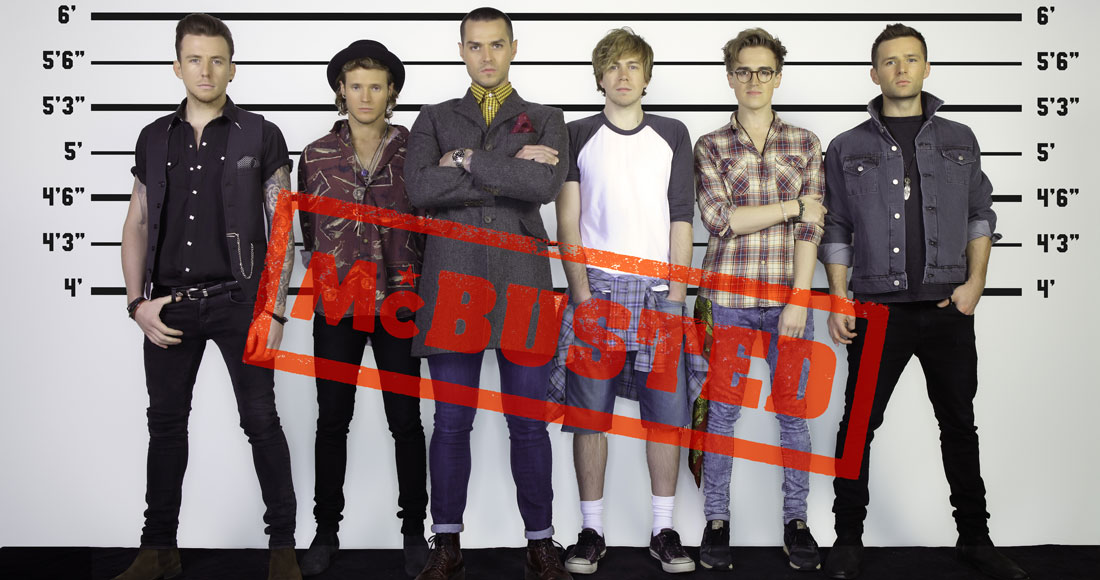 McFly and Busted to join forces for 2014 tour, but former member Charlie Simpson won’t be part of new supergroup McBusted.

At a press conference in central London this morning (Monday, November 11) McFly and Busted announced that they have formed a pop supergroup and will be touring the UK next year.

McFly (Tom Fletcher, Dougie Poynter, Danny Jones and Harry Judd) have teamed up with Busted's Matt Willis and James Bourne to form McBusted. The five-piece got the idea after Willis and Bourne joined McFly on stage at their 10th anniversary shows London's Royal Albert Hall earlier this year.

McBusted will make their TV debut on the BBC’s Children In Need telethon this Friday (November 15) and will be touring the UK in April of next year.

Full tour dates are as follows:

However, while responding to a fan question on Twitter last week, ex-Busted member Charlie Simpson has confirmed that he will not be re-joining his former bandmates.

Just wanted to say that though I am not joining @mattjwillis and @JamesBourne on their new venture, I wish them all the very best with it!

Busted scored their first Official Singles Chart Top 10 hit in 2002 with What I Go To School For (which peaked at Number 3). They went on to have seven other Top 10 singles (including four Number 1s) and three Top 20 albums. Busted disbanded in 2005 when Simpson quit the group to form rock band Fightstar.

Bourne formed Son Of Dork, who had moderate success with two Top 10 singles, while Willis went solo and clocked up four Top 40 hits.

Meanwhile, McFly made their Official Singles Chart debut in 2004 with 5 Colours In Her Hair (which peaked at Number 1). They now have 20 Top 40 singles to their name (including 7 Number 1s) and seven Top 40 albums.