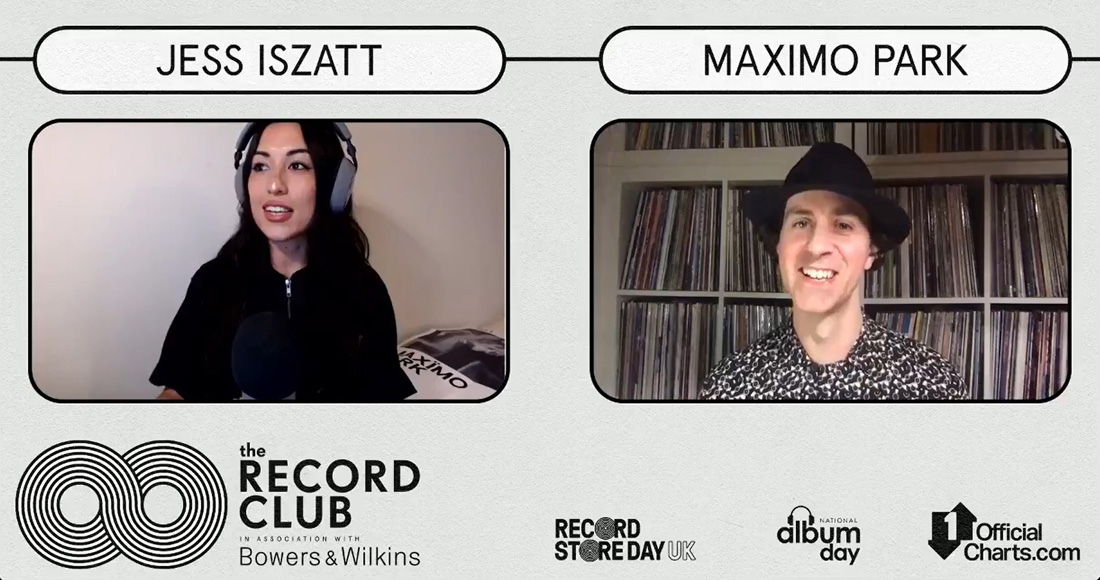 Maximo Park frontman Paul Smith has revealed how the band wanted to go as pop-y and anthemic as they could on their new album Nature Always Wins.

The alt-rockers' seventh album has been described by critics as a return to form for the Newcastle band, who debuted at Number 2 on the Official Albums Chart earlier this month and topped the Official Indepdendent Albums Chart.

Discussing the record on our livestream series The Record Club, Paul named two of his favourite tracks on the collection as Feelings I'm Supposed To Feel and Versions Of You. "To me, when I sing them, they are very clearly about my daughter," he said. "To me they're quite touching songs.

"There's a dreaminess to both of them which was definitely something we talked about before we made the record. We wanted to see if we could be as pop-y and open and in some cases anthemic on this record as possible without losing the edge to it. These two songs have this dreamy euphoria."

Watch Paul answer questions from fans on The Record Club below:

During the episode, Paul showed off his extensive record collective, which he admitted is fully alphabetised.

"In another life I would have been a librarian," he said. "I [have] a new listening pile and an older new listening pile, which I've listened to quite a lot but it hasn't made it to the full collection yet. As soon as I get up I put a record on."