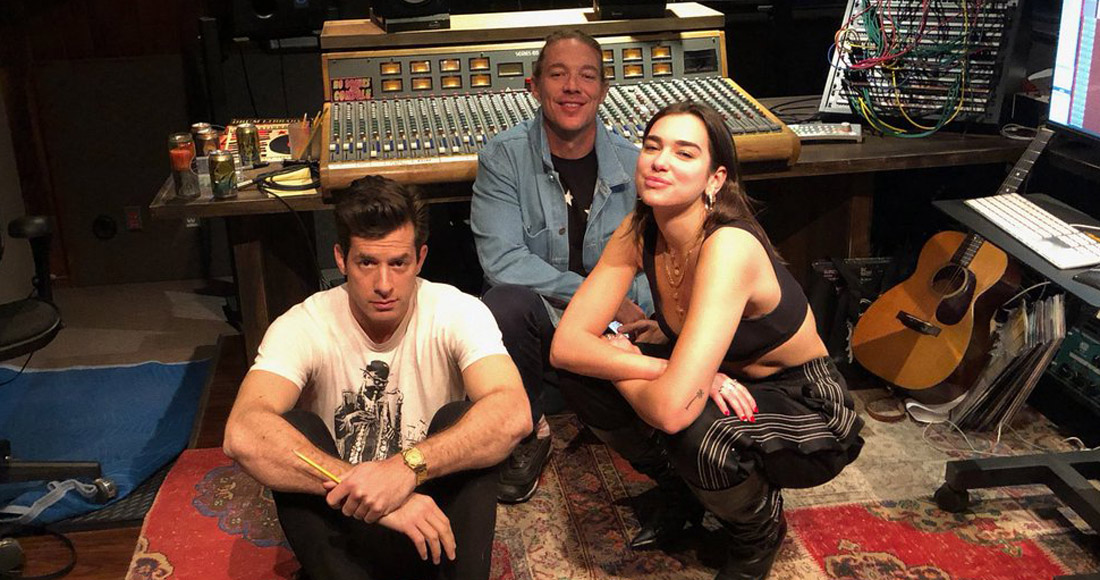 Mark Ronson is going to work on Dua Lipa's next album.

Following on from the pair's collaboration on the Top 5 single Electricity (Mark is part of the supergroup Silk City with Diplo), Mark is heading back into the studio with Dua, who it turns out, really put her stamp on Electricity:

"We had a lot of the song back in November and I asked her if she wanted to sing it and she really dug it," Mark told us. "She came and helped finish writing it in March. From November to March, I’d say her sh*t went up by like 300%, and by the time we recorded it, she was a superstar in America.

"Romy from The xx had written a lot of lyrics and Dua came and put her spin on it. And then in the bridge, she really brought it to life and put all these harmonies on it. It was really good timing but at the end of the day, I didn’t ask her because she’s blowing up, I asked her because she has an incredible voice and I just love the way she f**king sounds. Her vibe is so cool."

Mark was so impressed with her songwriting that he's helping out on her sophomore record: "We’re supposed to be working for her record. She’s gonna be a real, real talent around for a long time."

Dua has already begun recording her second LP, the follow-up to her self-titled debut, which peaked at Number 3 on the Official Albums Chart.

Describing the material she already has for the upcoming collection, Dua said: "It’s pop but it has some diverse sounds. I’ve been listening to a lot of Outkast and Prince and things sonically I’m such a fan of so I’m just trying to take that and put it together with pop."

Dua's debut album is currently the UK's biggest album by a female artist of 2018. Check out the Official Top 40 biggest albums of 2018 so far in full.