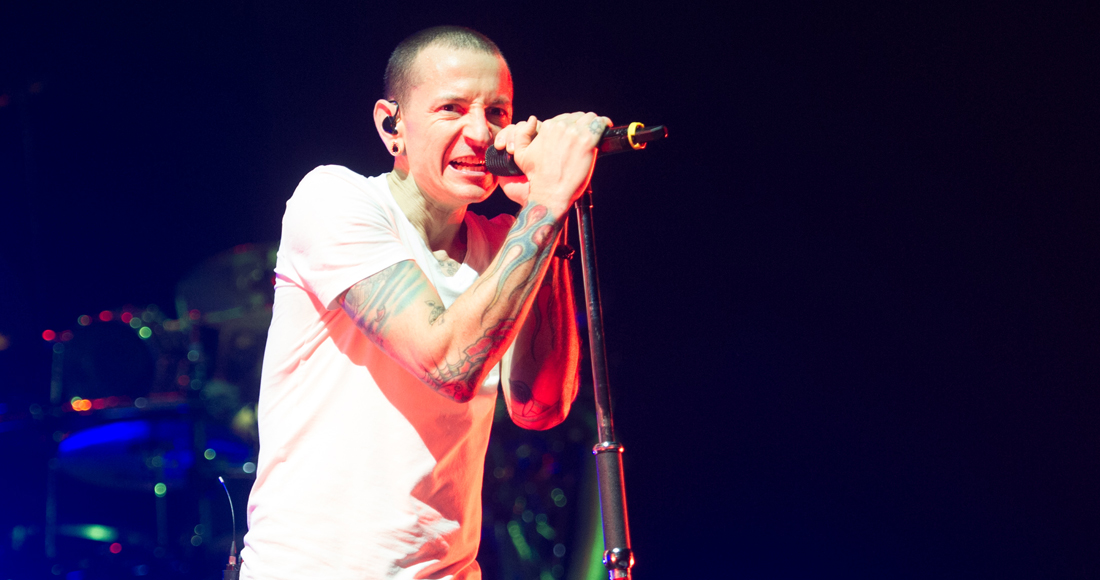 A number of Linkin Park records have re-entered the Official Chart this week as fans mourn the loss of the band’s frontman Chester Bennington.

Nine of the band’s albums are back in this week’s Top 100, five of which are inside the Top 40, and now Linkin Park become the first US band in 50 years to secure three albums in the Top 10. The last American group to do it was The Monkees in 1967. Click here to look back at that chart.

Their debut album Hybrid Theory lands at Number 4, matching its peak from its original release in 2000. The record includes their signature hit In The End, which is the highest-charting Linkin Park entry on this week’s Official Singles Chart at Number 14.

Close behind Hybrid Theory is the band’s most recent record, One More Light, at Number 5 – close to its Number 4 peak when it was released just two months ago.

Meteora – Linkin Park’s first UK Number 1 album in 2003 – returns to the Official Albums Chart at Number 7, and 2007’s Minutes To Midnight is back at 15. The latter album features their highest charting single to date, What I’ve Done, which topped out at Number 6 in the same year.

Further down, the band’s 2010 release A Thousand Suns is a re-entry at Number 38. See where all nine of Linkin Park's album charted in this week's Top 100.

Elsewhere on this week’s Official Singles Chart, the band’s 2003 single Numb is at 20, and their most recently release Heavy ft. Kiiara hits a new high at 43, having originally peaked at 53 in March this year.

When it comes to Linkin Park’s overall single sales, their biggest is their Jay-Z collaboration Numb from 2004. The track has 840,000 combined sales, split between 519,000 downloads, 23 million streams and 90,000 physical CD sales. In The End is their second biggest with 618,000 combined sales.

Below are Linkin Park’s Official Top 10 biggest songs to date, when sales and streams are combined: