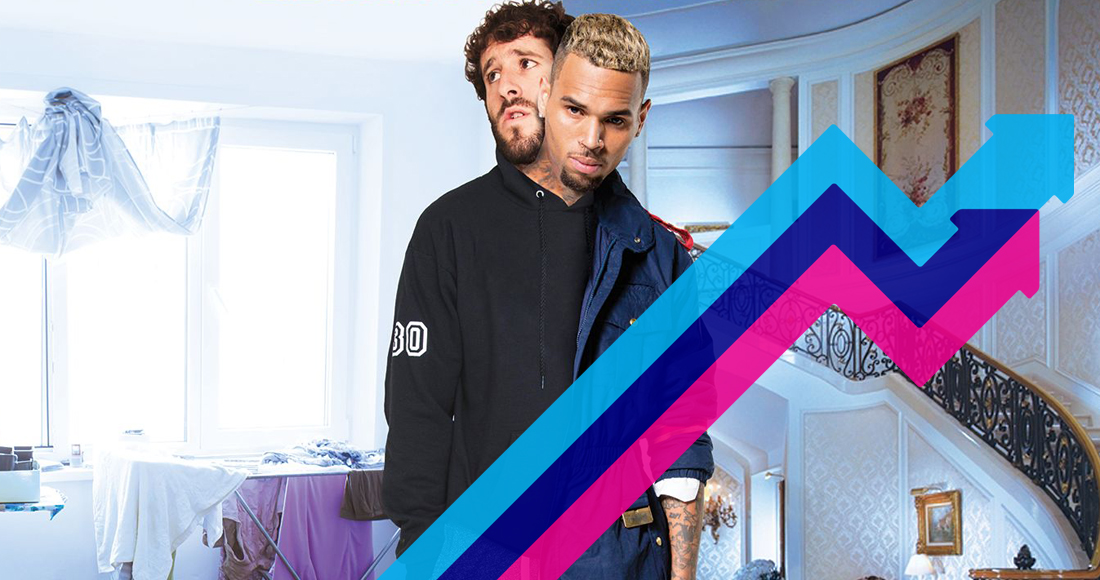 US comedian and rapper Lil Dicky takes this week's Number 1 spot on the Official Trending Chart with his Chris Brown collaboration Freaky Friday.

The track, which is about Lil Dicky switching bodies with Brown, has become the star's first song to crack the charts outside of America. Freaky Friday debuted at Number 16 on the Official Singles Chart last week and is now course to leap into the Top 5 this Friday (March 30).

Lil Dicky, real name David Burd, found fame in 2014 with his viral video for Ex-Boyfriend. His debut album, Professional Rapper, was a Top 10 hit in the US in 2015.

Elsewhere, Canadian singer-songwriter Shawn Mendes makes two appearances in the Official Trending Chart following his double release of Lost In Japan and In My Blood, the latter of which is on track to enter the Official Singles Chart Top 10 this week. Both singles are expected to appear on his upcoming third album this year.

Panic! At The Disco are also seeing their brand new single Say Amen (Saturday Night) make a strong impact this week, as is David Guetta and Sia's latest collaboration Flames.

Following the release of his second album Staying At Tamara's, George Ezra has two entries in the trending Top 20, with Shotgun and Pretty Shining People. The record is on course to take the top spot on this week's Official Albums Chart, ending The Greatest Showman's 11-week reign at the top.