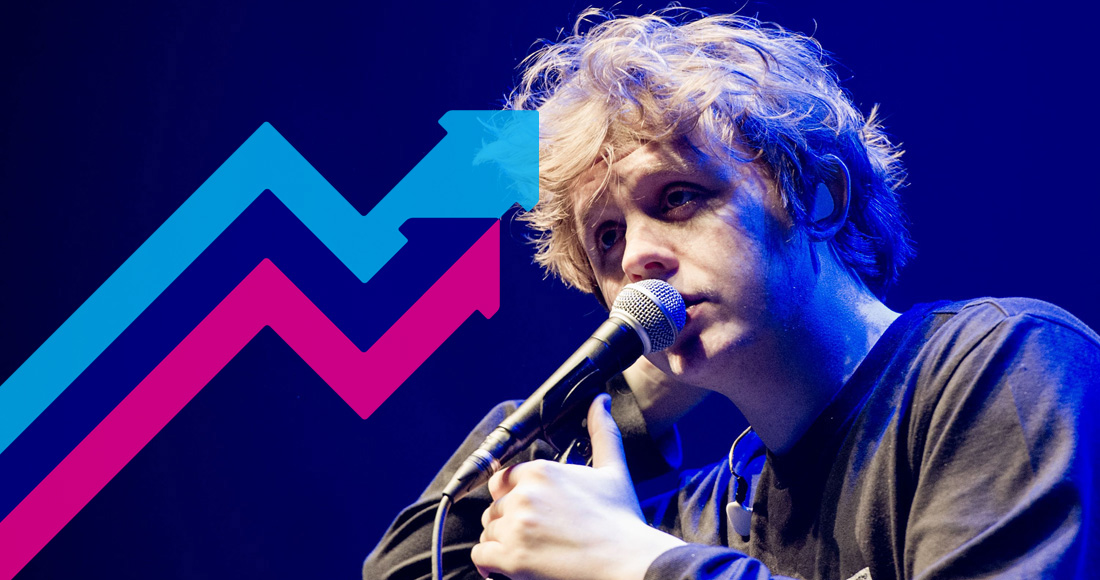 Lewis Capaldi is Number 1 on the latest Official Trending Chart as songs from his newly-released debut album are set to dominate this week's Official Singles and Albums Charts.

Three singles from Lewis's first record, Divinely Uninspired to A Hellish Extent, are inside the Top 10 in the latest sales flash. His debut single from 2018 Grace leads the trending Top 20 as it could enter the singles Top 10 for the first time this Friday, currently up 19 places to Number 9. Of the album's previously unheard songs, One is proving the most popular so far.

The boost comes as his album sets course to land at Number 1 on the Official Albums Chart - and could be the fastest selling album of the year so far. Its final Week 1 combined sales will be revealed on Friday, May 24 at 5.45pm.

Jax Jones features prominently once again on the trending chart; his new single All Day And Night with Martin Solveig and Madison Beer - collectively known as Europa - is close to becoming the producer's fifth Top 10 single.

Elsewhere, Tyler The Creator makes two entries in the trending Top 20: Earfquake and I Think are proving the most popular tracks from his new album Igor. Similarly, DJ Khaled makes a double appearance with Jealous ft. Chris Brown and Lily Wayne, and Higher ft. Nipsey Hussle and John Legend. Both songs appear on the hype man and music mogul's eleventh collection Father of Asahd.

Also making waves with new music this week is US singer Halsey with her new single Nightmare, and Northampton rapper Slowthai with his Skepta collaboration Inglorious, taken from his new album Nothing Great About Britain.