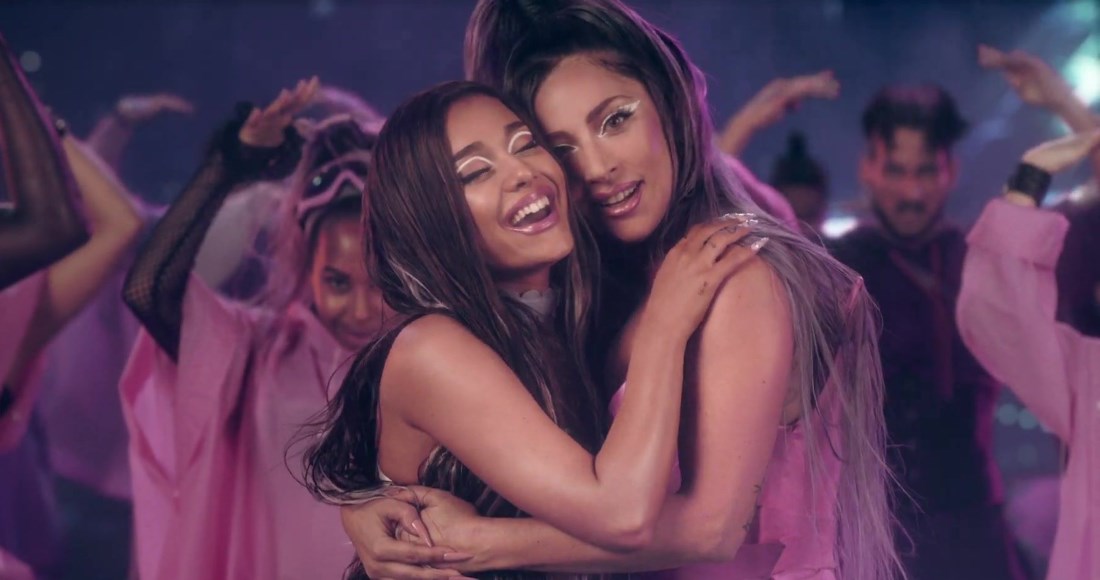 Lady Gaga & Ariana Grande have washed out the competition to debut at Number 1 on the Official Irish Singles Chart with Rain On Me.

The highly-anticipated collaboration – the second single from Gaga’s new album Chromatica released today (May 29) – also scores the biggest opening week of 2020, surpassing the previous best set by Billie Eilish’s No Time To Die.

Rain On Me is Gaga’s seventh Number 1 in Ireland, and her first song to debut in pole position in over nine years since Born This Way in February 2011. The track is Ariana Grande’s sixth to lead the Top 50 in Ireland, and in doing so, she matches Rihanna as the female artists with the most Number 1s of the past 10 years.

Think About Things (3) by Iceland’s Eurovision entry Dadi Freyr and S1mba & DTG’s Rover (4) reach new peaks this week as they continue to go viral on TikTok, while Harry Styles’ Watermelon Sugar hits a new high at Number 9. The track originally reached Number 10 when it was first released in November 2019 and has climbed back up the chart following the release of its music video earlier this month.

Listen to The Official Chart with Bláthnaid Treacy 6pm on Friday May 29 on RTÉ 2FM.