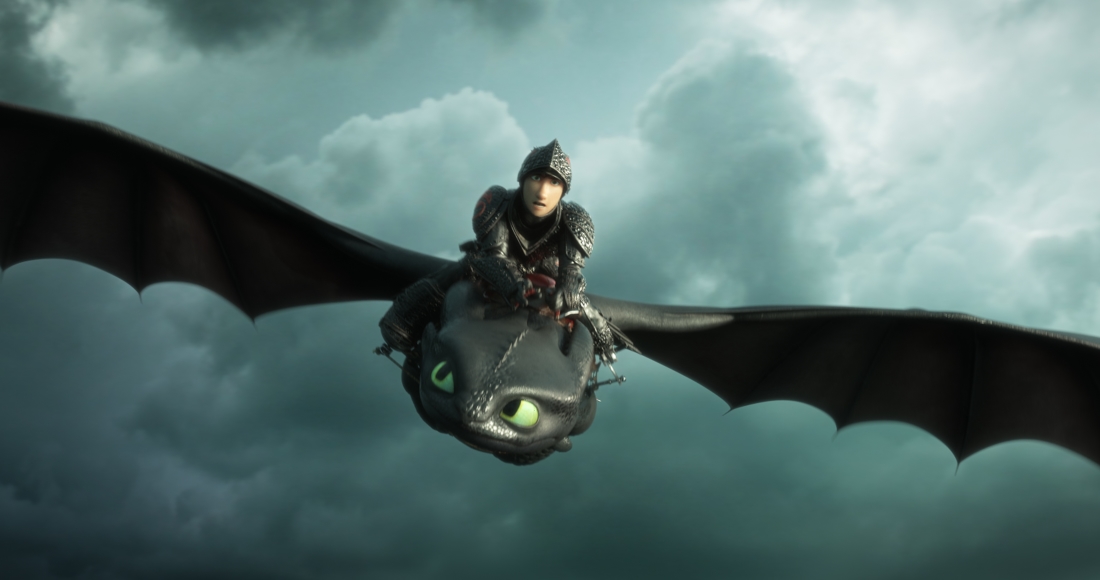 Swooping in to claim Number 1 from its competitors, How To Train Your Dragon: The Hidden World returns to the top of the Official Film Chart following its release on disc. The final instalment of the series has outsold its closest rival by more than 2:1 to retake the top spot.

The success of the third How to Train Your Dragon film sees last week’s Number 1, Stan & Ollie, pushed to Number 2, while Queen biopic Bohemian Rhapsody continues its successful Chart run, spending another week at 3.

This week’s highest new entry is Instant Family (4), starring Mark Wahlberg and Rose Byrne as a married couple who decide to foster three siblings. The comedy/drama follows the new family as they navigate their burgeoning relationships, and the parents try to prove they’re capable of taking on the challenge.

The Oscar-winning Green Book re-enters the Top 10 thanks to its release on disc, zooming up 16 places to Number 5. The LEGO® Movie 2 drops four spots to Number 6.

Liam Gallagher documentary As It Was enters at Number 7; the feature-length profile tells Liam’s story during his last headline tour for his debut solo album, As You Were.

This week’s Official Film Chart online show features a clip of Fighting With My Family, a biographical comedy about the career and life of professional wrestler Paige, starring Dwayne Johnson, Nick Frost and Lena Headey. It’s available to Download & Keep from June 24.

Image: How To Train Your Dragon 3 © 2018 DreamWorks Animation, L.L.C. All Rights Reserved