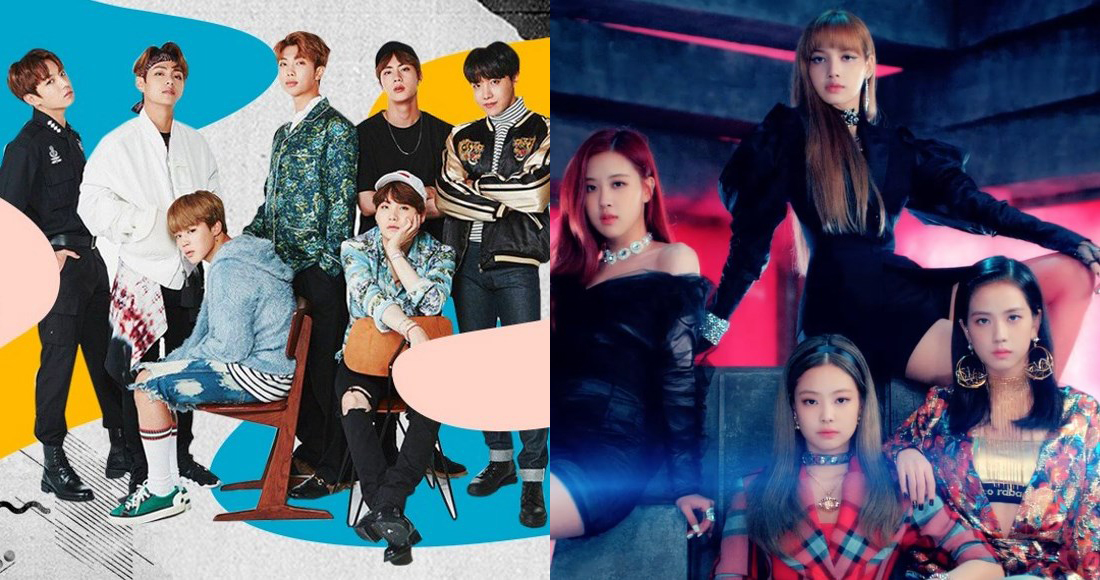 2018 has been a breakthrough year for K-Pop.

History has been made on both the Irish Singles and Albums Charts this year, with two groups - the behemoth and leviathan of Korean pop, if you will - bringing a bilingual blend of pop to Ireland. Those two tour-de-forces in question? Seven-piece boyband BTS and girl group quartet Blackpink.

While they may be the first groups to make their mark on Irish shores, it's not the first time K-Pop has appeared on the Irish charts.

In 2012, Psy's viral hit Gangnam Style - the first song to reach one billion views on YouTube - peaked at Number 2 in Ireland, but was considered something of a novelty. While Psy managed one more Top 20 hit the following year when Gentleman reached Number 13, he failed to sustain anything more than a niche audience in the West.

But BTS have proven that K-Pop is not a gimmick. The group have acquired a dedicated army of fans across the world in part because of their relatable lyrical content discussing mental health, peer pressure and the generational gap. They've even addressed the messages in their songs with a keynote speech at the United Nations.

The group have coupled their chord-striking songs with eye-catching performances too, dazzling with appearances on the likes of The Ellen Show, The Late Late Show with James Corden and The Graham Norton Show, as well as a string of sold-out concerts.

BTS made history in May when Love Yourself: Tear reached Number 8 on the Irish Albums Chart, securing the first Top 10 placing for a K-Pop album in the country. In addition, they've also appeared in the Top 20 with Love Yourself: Her (19) and Love Yourself: Answer (15).

They're also proving to clout as soloists: mono., the second mixtape by RM from the band, entered the albums chart at Number 37 in October, making him the first ever Korean soloist to impact the Irish Albums Chart.

While BTS are arguably the biggest Korean exports, Blackpink have one-upped them when it comes to Irish Singles Chart placings. Another collaborative song with a Western artist, Kiss And Make Up with Dua Lipa, has so far reached Number 15, earning Blackpink the honour of being the first K-Pop collective to hit the Top 20.

Blackpink are gaining notoriety because they challenge the norm associated with K-Pop girl groups; their provocative lyrics providing a punchier output. The group are multi-cultural too (Rose was born in New Zealand and raised in Australia, Lisa is from Thailand), so their ability to speak four languages makes them accessible to several territories.

What is next for both groups? We have yet to see anyone from South Korea hit Number 1 on either chart - could more history be cemented in the near future?