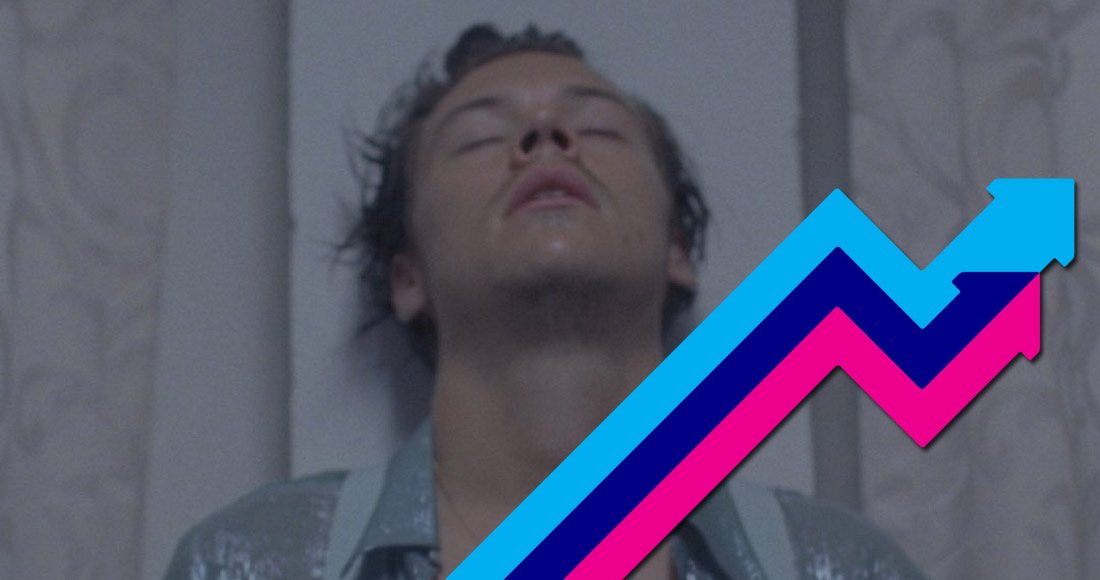 Harry Styles is back with a bang this week as his new single Lights Up at Number 1 on the Official Trending Chart.

Harry's highly antiticapted release is his first new music since his self-titled debut album in 2017. Lights Up, released last Friday (Oct. 11) is on course for a Top 10 debut on this week's Official Singles Chart, currently at Number 3 in the latest sales flash.

The track was co-written by Harry with Tyler Johnson (Sam Smith, Ed Sheeran) and Kid Harpoon (Florence + The Machine, Jessie Ware), who also produced the song.

Elsewhere on the latest trending Top 20, Jorja Smith features with her latest track Be Honest ft. Burna Boy. The song is fast-approaching her first UK Top 10, currently up four places to Number 7. Ed Sheeran's current single South of the Border ft. Camila Cabello and Cardi B is also eyeing a climb into the singles Top 10, as is Lewis Capaldi's Bruises.

Maroon 5's new single Memories is also seeing a boost this week following the release of its music video, and the new track from Scottish singer-songwriter Gerry Cinnamon, Sun Queen, is making waves as the first new music since his acclaimed Erratic Cinematic album released in 2017.