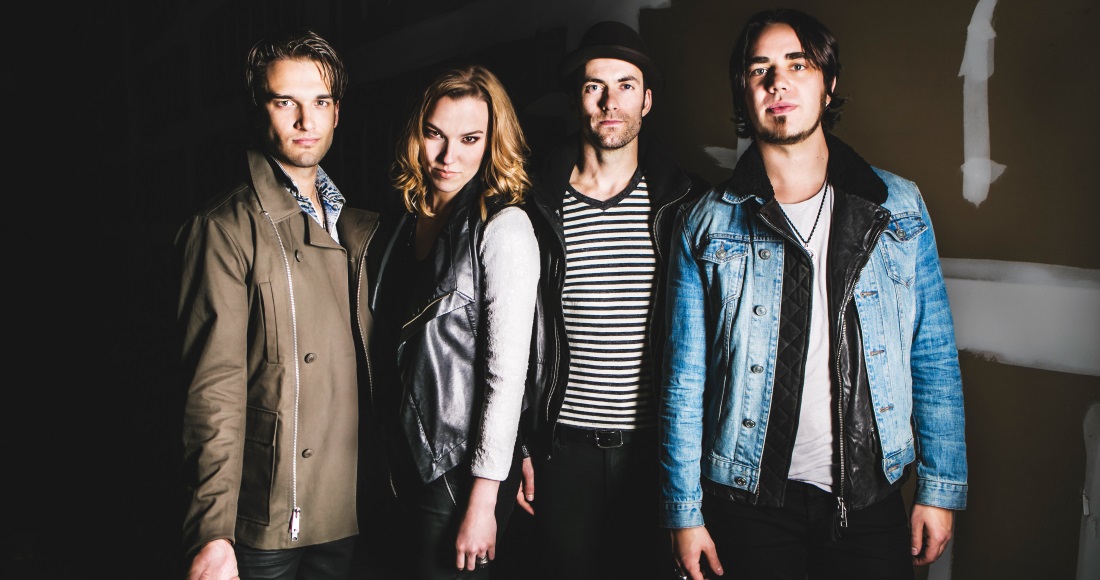 Two rock bands are locked in a close battle to top this week’s Official Albums Chart.

Pennsylvanian four-piece Halestorm are currently leading the chart on today’s Official Chart Update with their third studio album Into The Wild Life. The record, which follows 2012’s The Strange Case Of…, is set to be their first to chart in the UK Top 40 this Sunday.

Trailing them by just 351 chart sales are The Wombats with their third LP Glitterbug. If the album holds on to its current position, it will be the Liverpool band’s highest charting album to date, beating the Number 3 peak of 2011’s The Modern Glitch.

Meanwhile, singer-songwriter James Bay is at 3 with The Chaos And The Calm, and Ed Sheeran’s X is at Number 4.

Rouding off the Top 5 is Paul Simon’s The Ultimate Collection. The legendary US singer is currently touring the UK with Sting and plays London’s O2 arena tonight.

There are a further nine new entries on course to enter the Top 40 this week.

Canadian singer-songwriter Shawn Mendes enters at Number 8 with his debut album Handwritten, and rapper Tyler, The Creator is new at Number 10 with his fourth studio album Cherry Bomb.

Shayne Ward lands at Number 12 with his first album in nearly five years, Closer, indie folk band Stornoway are at 15 with Bonxie, and Villagers start at 20 with Darling Arithmetic.

Finally, Lulu debuts at Number 30 with Making Life Rhyme. The album marks her first studio LP in 10 years, following 2005’s A Little Soul In Your Heart.