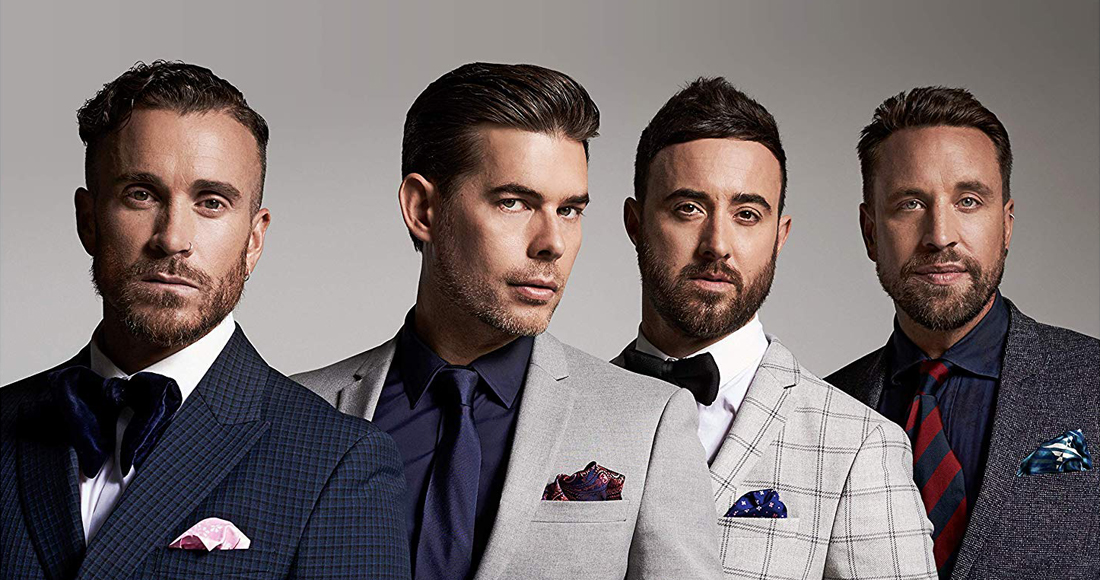 With five successful albums to their name and a staple on the UK live circuit, The Overtones were dealt a particularly cruel blow when they lost their lead singer Timmy Matley in April this year. The decision to carry didn’t come easily, but, speaking to us about the upcoming record, Lockie Chapman said it served “almost like therapy” for the vocal harmony group, adding: “This album says so much that we have to say to the people who’ve followed us throughout these last six albums.”

Do you think, ultimately, Timmy’s death has brought you closer together as a goup?

Mark: “Absolutely. For us, when we tragically lost Timmy we went under a rock for a while… it’s such a shock that’s not even sunk in really now… but what we did know is that we needed to support each other. We all got together a few weeks after Timmy died and it was clear from meeting each other that there was going to be great strength in us coming together as a four: having that recording process that was also like a grieving process for us. We had started the recording process with Timmy and we really felt like we wanted to see that through to the end out of respect for Timmy, out of respect for us as a band and for our fans.

Mike: “Although maybe I didn’t think it was possible our relationship as a group and as a team and a band of brothers has gone to a completely whole new level now. I think the love and respect and admiration that we’ve got for each other – and certainly from my point of view – is completely different to what it was before. I texted the boys last night to tell them how much I love them…None of them text me back!”

Darren: “It sounds cliché but no-one really knows what we’re going through, what we’ve been through - the heartbreaks and the journey and the highs and the lows we’ve been on, and obviously what we’re dealing with more recently. So yeah, I think it does bring you closer. I think we’re all immensely proud of each other with this new album that we’re about to release to the world. We’ve put a lot of love into this, poured our heart and souls into this album, so we’re looking forward to letting it fly.”

Did Timmy’s death re-shape the album’s focus in any way?

Lockie: “I guess we are re-introducing ourselves and making the statement, ‘let’s look this in the eye everyone, this is us, this is The Overtones, this is what’s happened, and this is our presentation to you.’ It sounds very bittersweet to say but it’s our most personal album to date and so many of the songs on there we’re really sharing with the listener an with our fans exactly what we want to say, from our last recording as a five on Will You Still Love Me Tomorrow which we had up our sleeves for some time, with permission from Timmy’s family.”

The Overtones and your music are all about unabashed, light-hearted fun. Was it difficult to reconcile that given Timmy’s vocals still features on much of the album?

Lockie: "Timmy as always just sounds magnificent on Save The Last Dance For Me, which we turned into more of a ballad because - our fans and our listeners probably don’t know - that was our last song we were plotting our way through in the studio. Plotting the key and tempo and who would be singing leads and going through that song and that was the last song we recorded together.

"We’ve held onto that song without our Timmy but we’ve turned it into a really gentle and reflective ballad. There’s a lot of consideration and gentility on this album and you certainly might want to grab a Kleenex for some. But by the end of the day if you don’t grab your dancing shoes then we’re not The Overtones…”

Mark: “…Which is why we’ve got tracks like Teardrops by Womack and Womack, which, I mean we use the word banger on our albums quite frequently but it’s like a disco classic so it’s going to get everyone up on their feet. We pride ourselves on the fact that there’s never anybody sitting down at our gigs within the first couple of songs, because that’s our job: to get everybody dancing.”

You’re not messing about with the songs you’ve taken on. Where do you even begin in deciding what songs to take on with each album?

Darren: “It generally comes from us which is nice, we don’t get told what to sing. We’ve been doing this for a while and we know what our fans would want to hear, but equally we do like to challenge ourselves. Mark and Lachie have been campaigning for two of the songs on this album for the last seven years, sending subliminal messages, and me and Mike have been resisting, but we gave in. They’ve been going for Teardrops for a while and looking back now we’re really, really happy that we went for it and happy with the version on this album – we think the fans will enjoy it.”

You’ve also covered Aretha Franklin’s Say A Little Prayer and Spice Girls’ Goodbye – not the easiest of acts or songs to do justice to.

Mark: “Aretha is the queen of soul! I’m so proud of that version, we’ve really put our own spin on it. Lachie has put a male soulful spin on that as well. And I think we’ve pulled it off, it was a massive risk, but I feel like – I mean that’s one of my favourite songs on the album, a cracking way to start the album off.

Lockie: “After six albums and a million sales, I think you can afford to be quite confident with going ‘hey, we know what our fans like by now’. We do sort of stretch that elastic sometimes, it’s nice to see what you can get away with as we release this album. Goodbye was sort of the last song… it’s beautifully written and the chords are magnificent and I find myself listening to that one over and over and going, ‘oh it’s just such a nice difference hearing male vocals on it’.

Mark: “I think Timmy would have absolutely loved the fact that we’ve done a Spice Girls one he’d be absolutely made up with that.”

By the looks of things, we’re expected to see you all over our TV screens this Christmas…

Lockie: “We hope so - we’ve also got a big 24-date tour coming up. We’ve worked VERY hard to make that happen and here’s nothing to suggest that that would change, so grab your Kleenex and grab your dancing shoes!”

The Overtones' self-titled album is out now.