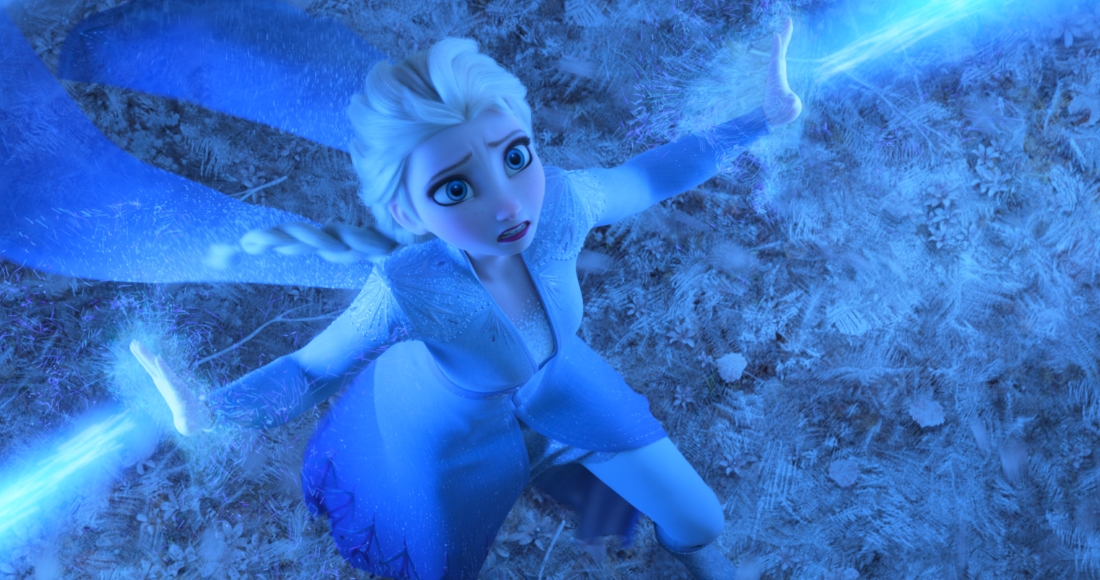 Frozen 2 claims a second huge week at Number 1, and lands itself a place on the all-time league table, as families continue to enjoy films from the comfort of their homes.

Scooping 110,000 downloads in its second week, Frozen 2’s total count on digital reaches 328,900. This lands the sequel at Number 2 on the Official fastest-sellers list, based on the first two chart week sales.
It’s 88,000 sales behind the Number 1, Avengers: Endgame, but surpasses big hitters like Bohemian Rhapsody, The Greatest Showman and Joker. See the full Top 10 below.

Meanwhile, racing drama Le Mans ’66 hold on to Number 2, while murder mystery Knives Out reaches a new peak at Number 3.

MORE: The big upcoming home entertainment releases to keep you connected this spring

The week’s two biggest new entries are next, with Vin Diesel sci-fi adventure Bloodshot (4) and the star-studded 2019 Charlie’s Angels reboot (5) both claiming a Top 5 debut.

Finally, 21 Bridges climbs 5 to make its Top 10 debut at Number 10. Chadwick Boseman stars as an NYPD detective who uncovers a massive conspiracy, thrusting him into a city-wide manhunt for a pair of cop killers.

This week’s Official Film Chart features a preview of the family adventure Jumanji: The Next Level, available to Download & Keep from April 4.

Hang in there during lockdown and enjoy a movie night in with flatmates, family or online with friends. FindAnyFilm.com makes it easier than ever to find your favourite films, with a huge selection spanning everything from all-time classics to newly discovered gems to family favourites.