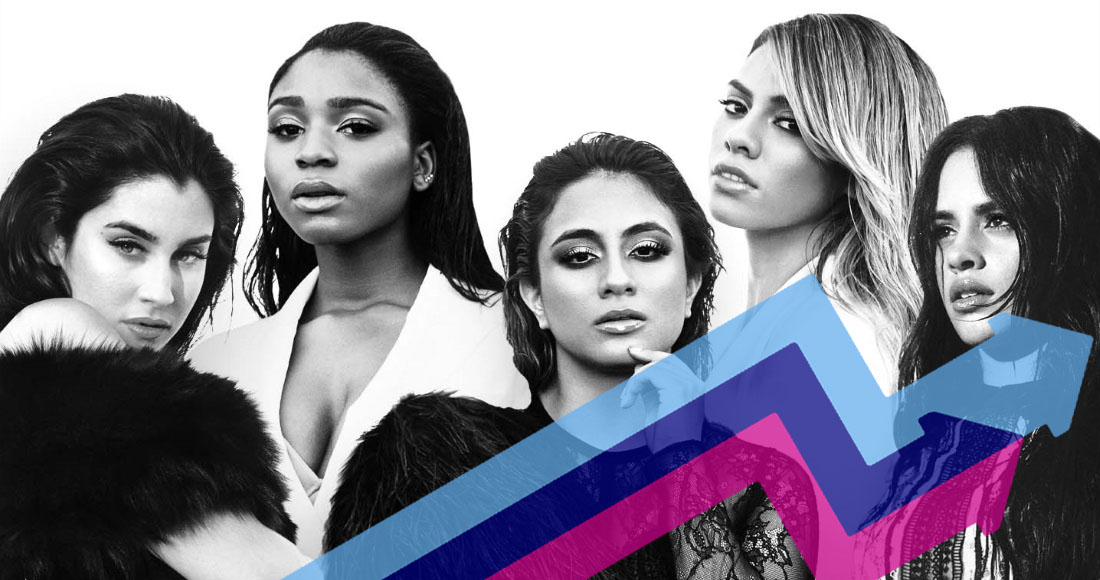 The girl group's latest effort Work From Home - taken from their upcoming album 7/27 - tops the list of tracks making an impact in the UK this week. The song is on course to make a sizeable leap on the Official Singles Chart this Friday (March 18), and looks set to become their second UK Top 10 single following Worth It last summer.

Work From Home's ascent up the Top 100 has been a fast one. The track entered the Official Singles Chart at Number 23 following its On Air, On Sale two weeks ago, and rose to 11 the following week. Check out where all of Fifth Harmony's singles have charted in the UK here.

How well do Fifth Harmony know each other? Watch our interview below:

Another song making waves in the UK this week is DNCE's Cake By The Ocean. The Joe Jonas-fronted band are on track to enter this week's UK Top 40 with their debut single, a month after it first hit the Top 100.

Elsewhere, James Bay's new single Best Fake Smile and Shawn Mendes' I Know What You Did Last Summer (which features Fifth Harmony member Camila Cabello) land inside this week's trending Top 20, with both songs set to enter the Top 75 on the Official Singles Chart this week.