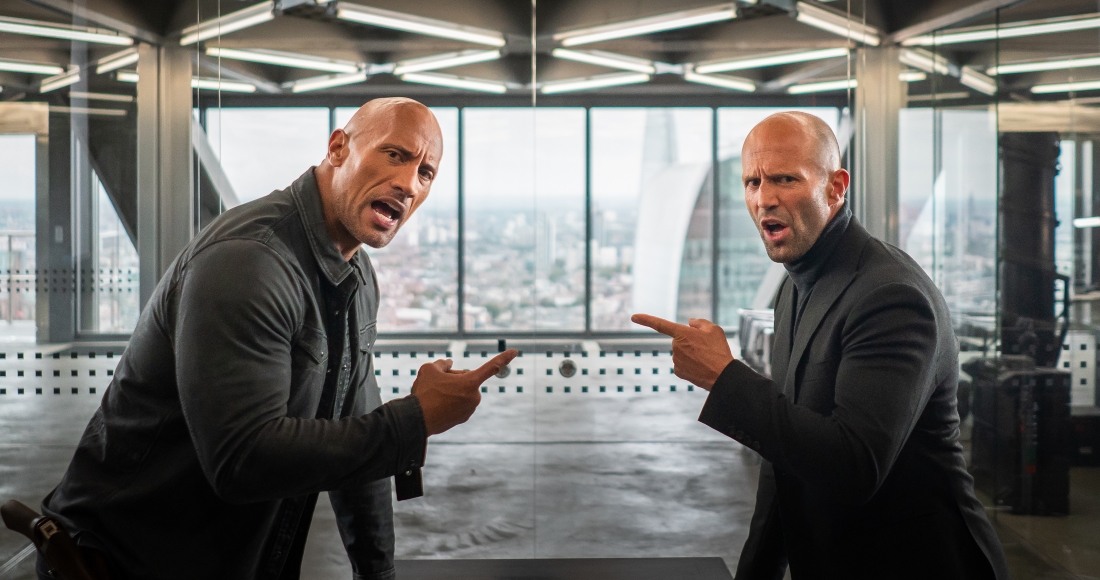 Action movie franchise spin-off Fast & Furious: Hobbs & Shaw steers into the Number 1 spot on this week’s Official Film Chart, overthrowing Disney’s The Lion King as the UK’s most popular movie of the week in the nation’s homes.

Starring Dwayne “The Rock” Johnson and Jason Statham as lawman Luke Hobbs and outcast Deckard Shaw who form an unlikely alliance when a cyber-genetically enhanced villain threatens the future of humanity, Fast & Furious is the best seller on DVD and Blu-ray over the past seven days.

Down one place to Number 2 is former chart-topper The Lion King, while Woody, Buzz Lightyear and the gang of Toy Story 4 also skid a place to Number 3, along with Spider-Man (4).

Bringing the Christmas cheer at Number 5, it’s much-loved 2003 festive comedy Elf, telling the story of Buddy who was adopted and raised by Santa’s elves. Buddy heads out on an adventure to New York to meet his biological father and to spread Christmas cheer amid a world of cynics. Elf climbs 8 places and is the most downloaded movie of the week.

Rocketman and Disney’s Aladdin slip one place each to Number 6 and 7, while Danny Boyle’s Yesterday is a non-mover (8). The Grinch (9) and Avengers: Endgame complete the Top 10.

On this week’s Official Film Chart online show take a look at this exclusive clip of Gerard Butler in Angel Has Fallen, available to download & keep from December 16.