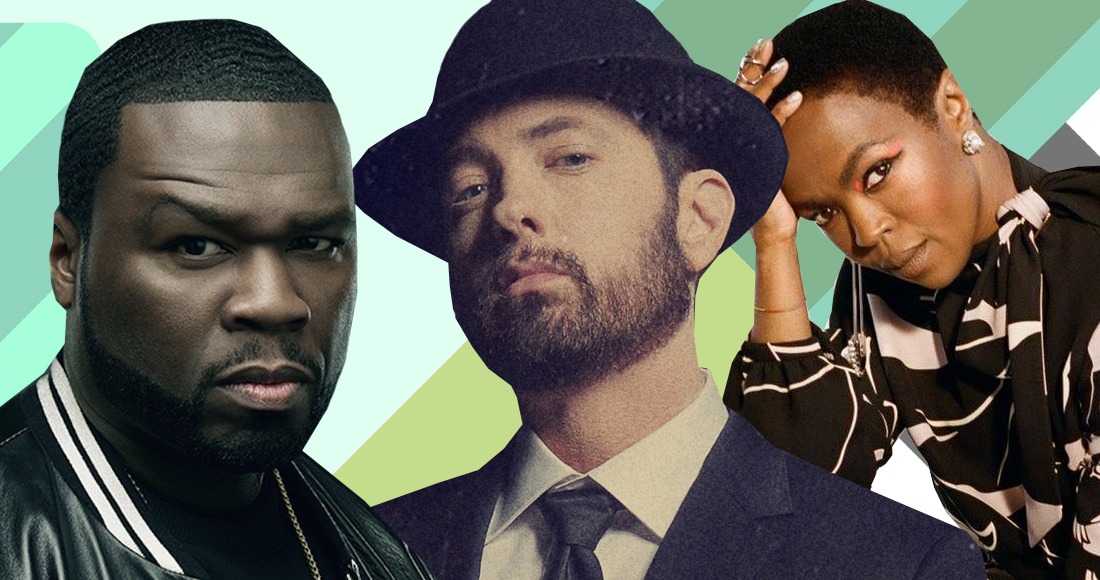 Following on from the recent chart-topping success of Eminem, Drake, KSI, Pop Smoke, Juice Wrld and J. Cole, we're looking at back at all 33 rap albums to go Number 1 in Ireland, dating back to when modern chart history began in January 1997.

Ladies first as the saying goes, and it was The Fugees' Lauryn Hill who was the inaugural rapper to claim a chart-topping album in Ireland with her game-changing debut solo album The Miseducation of Lauryn Hill. In the 21 years that have followed, Lauryn remains the only female rapper to top the Irish Charts, with the likes of Nicki Minaj and Cardi B peaking at Number 2 over the years.

The rapper with the most Irish Number 1 albums is Eminem, with nine of the 33 chart toppers belonging to him. Eminem is also the only rapper to take a greatest hits to Number 1 in Ireland. Slim Shady also claims the joint longest-reigning - Recovery spent six weeks at the top in 2010, which was tied in 2020 buy Pop Smoke's posthumous album Shoot For The Stars, Aim For The Moon.

Every Number 1 rap album on the Official Irish Albums Chart