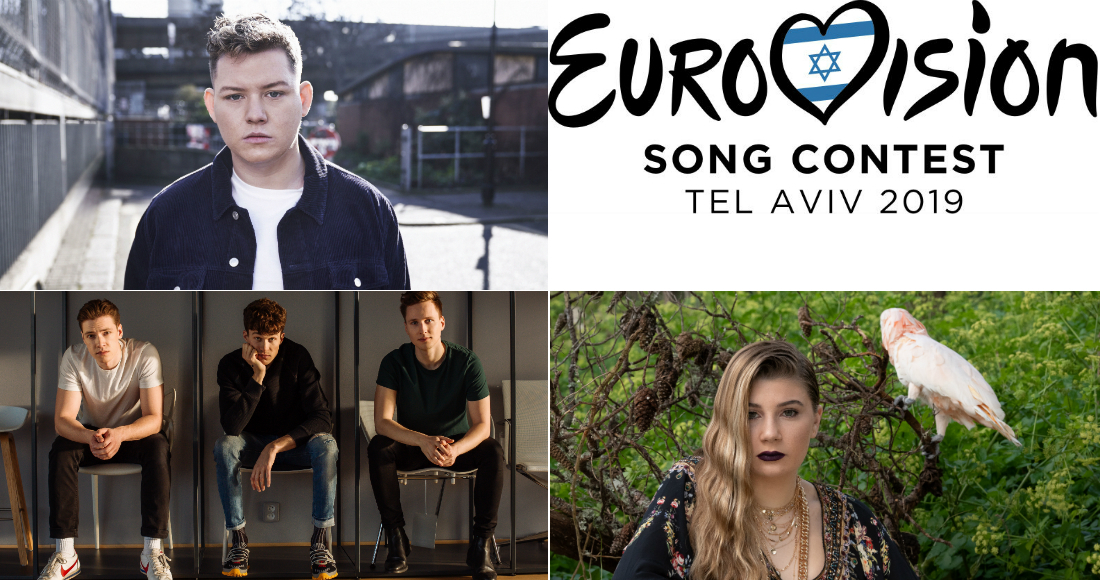 Can it really be Eurovision time already? Is it almost a year since Netta squawked, clucked and flapped her way to victory at the 2018 contest in Lisbon, with her unforgettable tune Toy?

Yes, the greatest show on Earth is back, this time taking up residence in Israel's Tel Aviv, and after two incredible semifinals, which saw some shock exits, it's now time for that all-important Grand Final this Saturday, 18 May. 26 countries will battle it out in the Grand Final, including six countries who breezed through unchallenged – host country Israel, and the "big five", who make the largest contribution to production costs: France, Germany, Italy, Spain, and, yeeeeees, the United Kingdom.

While Eurovision has certainly erred toward sophistication in recent years, there is still plenty of pomp and campery to be had – arguably the contest's hugest draw for UK fans – as Netta's win demonstrates. Not only that, but Madonna herself is to be the interval act, performing her classic hit Like A Prayer, and new track Future, with Quavo! Prepare for a night of political commentary, questionable dance routines, glittering sets and performers doused in the world's entire available stock of sequins.

MORE: Can you score more than nul points in our Eurovision quiz?

We pick out a few tracks to look out for. All of them are brilliant in their own way: anything goes at Eurovision.

It's 21 years since Malta matched their best result of third place, but maybe Michela can turn this around. After a couple of years in the wilderness, Malta were the surprise qualifiers in the second semifinal, and Michela, who is just 18, was delighted. And so she should be – her song Chameleon is an infectious sassy bop not unlike Zara Larsson or early Dua Lipa. She's got a hill to climb, as she's performing first, but she will be a terrific start to the show. 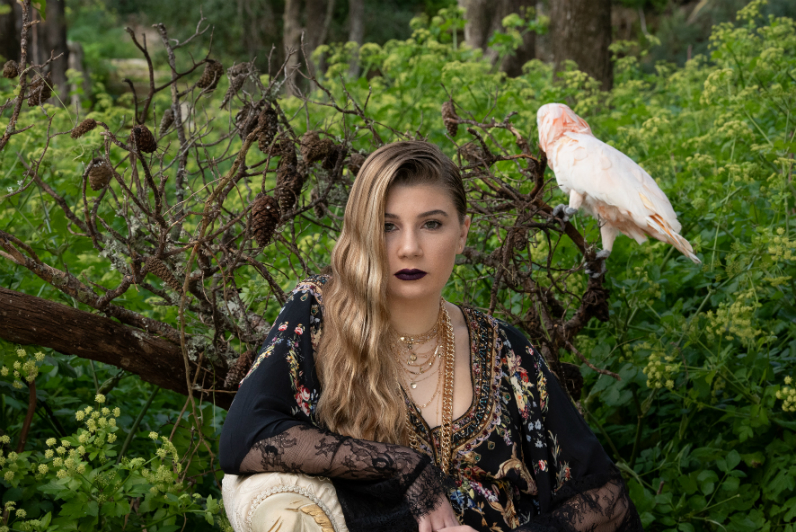 If Michela doesn't win, she has trained that parrot to swoop down and peck out the eyes of everyone in the audience. (Jonathan Brincat)

Performing third, Another act that went kind of under the radar but stood out in their semi, Czech boyband Lake Malawi's bouncy singalong track Friend of a Friend went down very well with Eurovision fans. The performance is bright and colourful – thanks in part to the lead singer's jaunty yellow sweater – and there are a few little tricks to keep voters interested. 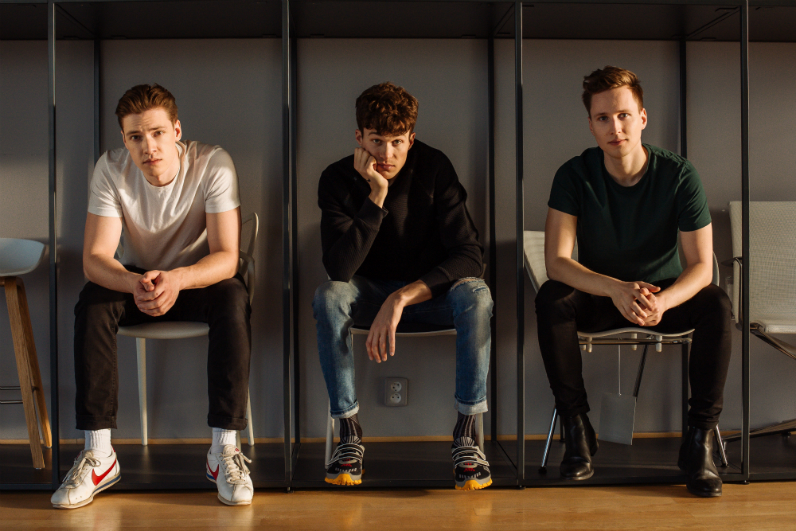 Russia are on fifth, and they never shy away from drama when it comes to Eurovision. This year they're taking things to the next level with epic ballad Scream, sung by Sergey Lazarev. Sergey has represented the country before with the similarly over the top You Are the Only One, in 2016, and is clearly very keen to win. This one's co-written by Sharon Vaughn, who's penned tunes for many a Eurovision star, along with Agnes' Release Me. The staging on this one features Sergey made into clones, with the man himself trapped in a glass box. Like I said, drama.

Performing right after Russia, a decidedly lo-fi entry from Denmark that just about stays the right side of twee. Love is Forever treads familiar Eurovision territory in searching for peace, and its singer Leonora is better known in Denmark as an ice skater. Sadly, no skates in sight, she's sitting on a huge chair instead, but she does sing a verse in quite a few different languages, which is almost as impressive. 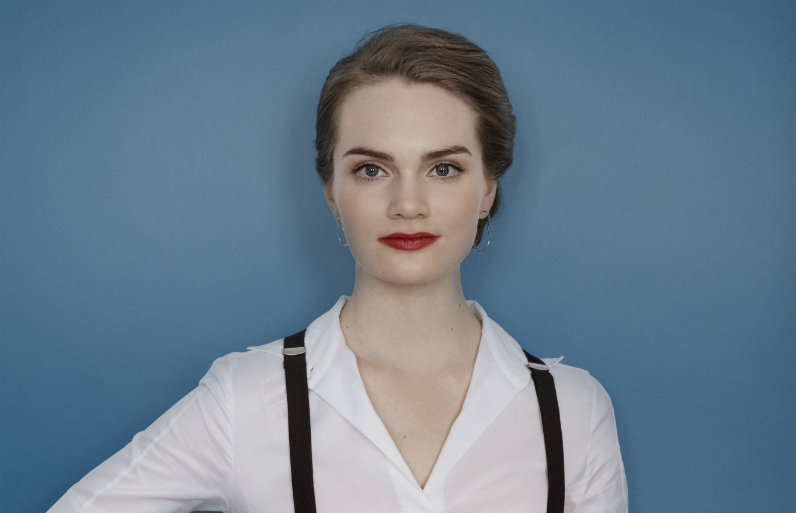 No dancing, no ice, but a great big chair! (Thomas Cato)

Up seventh, Serhat has represented San Marino before, with the retro disco number I Didn't Know, in 2016, which didn't make the Grand Final but became a dance hit in the US! Serhat is a very famous TV presenter and music producer – and also a qualified dentist, which will be handy if any of the participants' veneered molars go rogue. The song itself, Say Na Na Na, is not a standout, but a Serhat performance is always worth watching and he was the huge shock in semifinal 1 – going straight to the Grand Final ahead of acts who'd been hotly tipped. 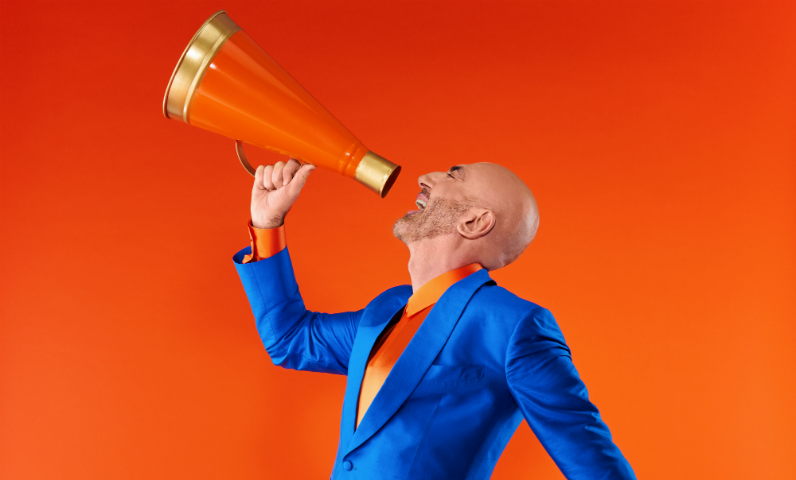 If only Serhat would come out of his shell a little more. (Cem Talu)

Contestant number nine! You can never rule out Sweden, who have won twice in the last eight years, and they look in with a good chance with this seemingly understated dance number that builds and builds. Too Late For Love does, according to 2000 UK Eurovision contestant Nicki French who told us this personally, work brilliantly on stage thanks to John Lundvik's stage presence and the powerhouse vocals of his four incredible backing singers, who join him on stage halfway through. Plus, its catchy chorus could help it stay in voters' minds longer than others 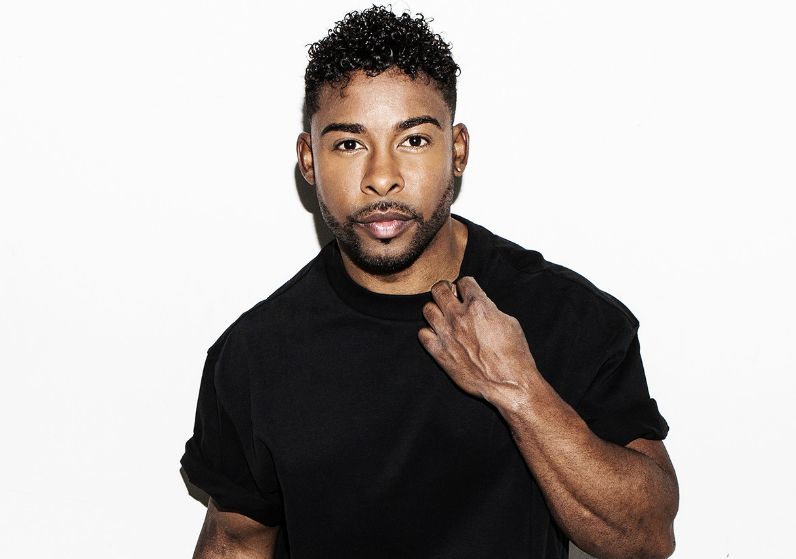 Can Sweden make it three times within a decade? John hopes so. (Sotarn)

Performing in 12th slot, and regarded by some as a favourite to take home the prize this year, Dutch singer Duncan Laurence co-wrote his dark and atmospheric ballad Arcade. It will be interesting to see how the moodiness and the stop-start nature of the song will translate to the Eurovision stage. As ballads go, it's a good one, and may well go the distance, but anyone looking for the rambunctious fun of last year's winner will be left wanting. 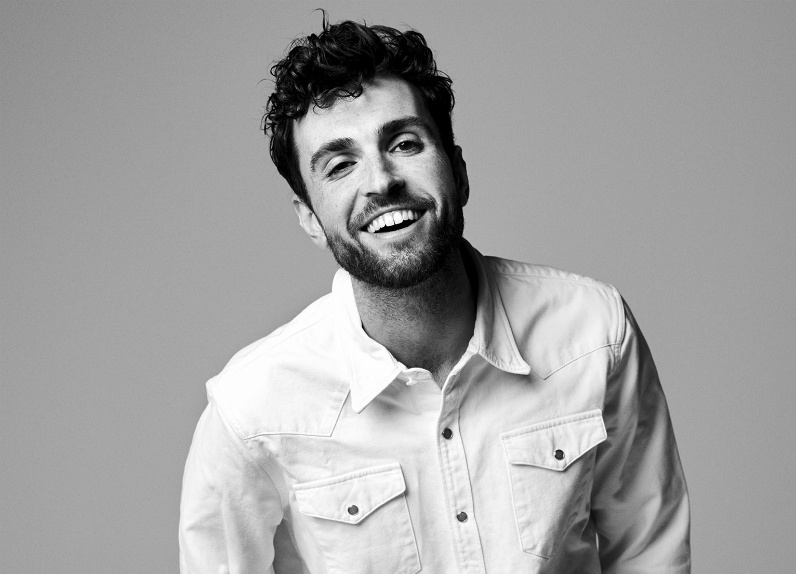 Duncan definitely knows not to wash whites and dark colours together. (Paul Bellaart)

Unlucky for some, but hopefully not for Greece, our 13th performer is Katerine Duska. She sings and co-wrote Better Love (written alongside first ever Fame Academy winner David Sneddon!), which has the very Eurovision message of loving someone against all the odds, in the face of disapproval. What really lifts it is Katerine's considerable vocal pipes – very Marina in places. 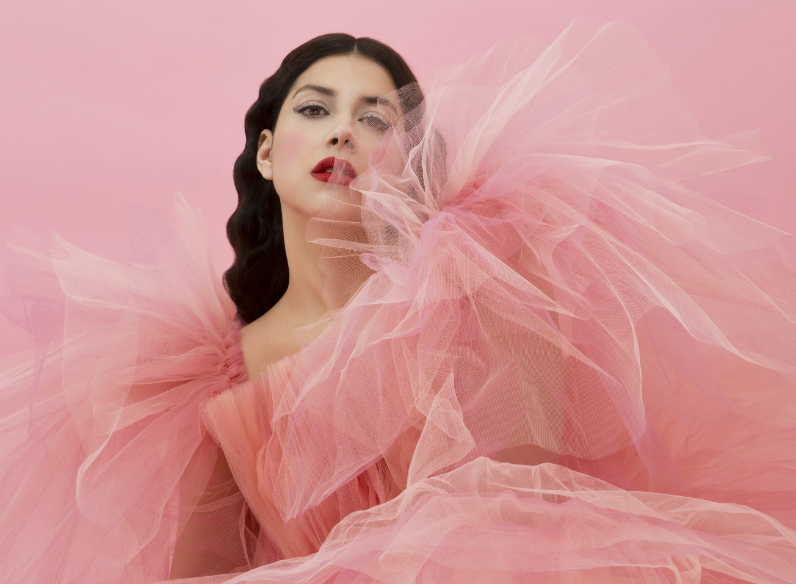 So great when your outfit matches the wallpaper. (Efi Gousi)

Singing 15th, Trio KEiiNO invoke the spirit of cartoonish band Aqua with Spirit in the Sky, which throws just about everything at you in the hope of making a connection. The band's performance in the semis was energetic and one of the standouts, especially thanks to their melding of modern and traditional. It's loads of fun, and that's what Eurovision is all about!

Performing 16th, and flying the flag for the UK in 2019 is Hartlepool lad Michael Rice and his soaring gospel-esque ballad Bigger Than Us, chosen by the British public on the Eurovision: You Decide show. Interestingly, the song was co-written by Swedish contestant John Lundvik, and originally earmarked for consideration for Sweden's entry, until another song was chosen. With those considerable Eurovision credentials behind it, could this be the year we finish nearer the top of the leaderboard? It's a decade since we were last ranked in the Top 10 – Europe, we need this. Please. 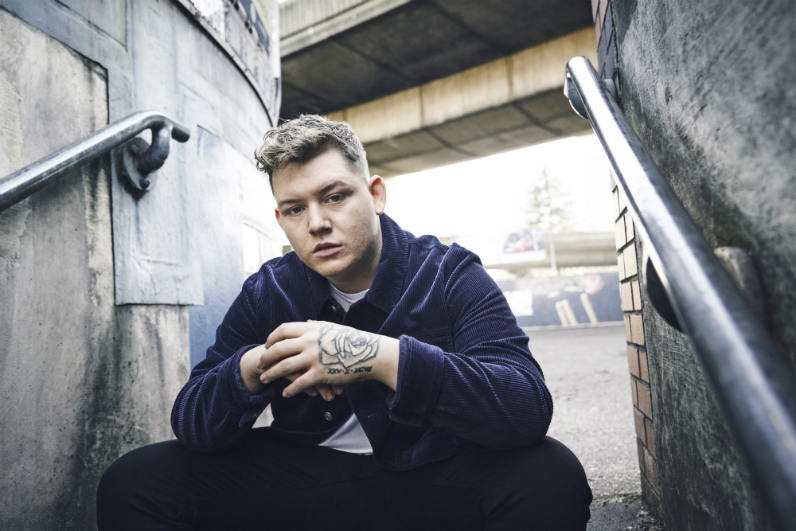 As for who is straight after the UK, let's just say it's more than a slight key change. Remember the year Finland won with heavy metal star Lordi? Well, imagine that crossed with Born This Way-era Lady Gaga and you have the premise for Hatari's Hatrið Mun Sigra. Hugely popular with many Eurovision fans, it would have the makings of a Eurovision classic were it not for the somewhat oppressive shouting in the verses which make it a tough listen at times. But there's method there, as it's a protest song, plus Eurovision voters love something a bit different, and it is certainly that. 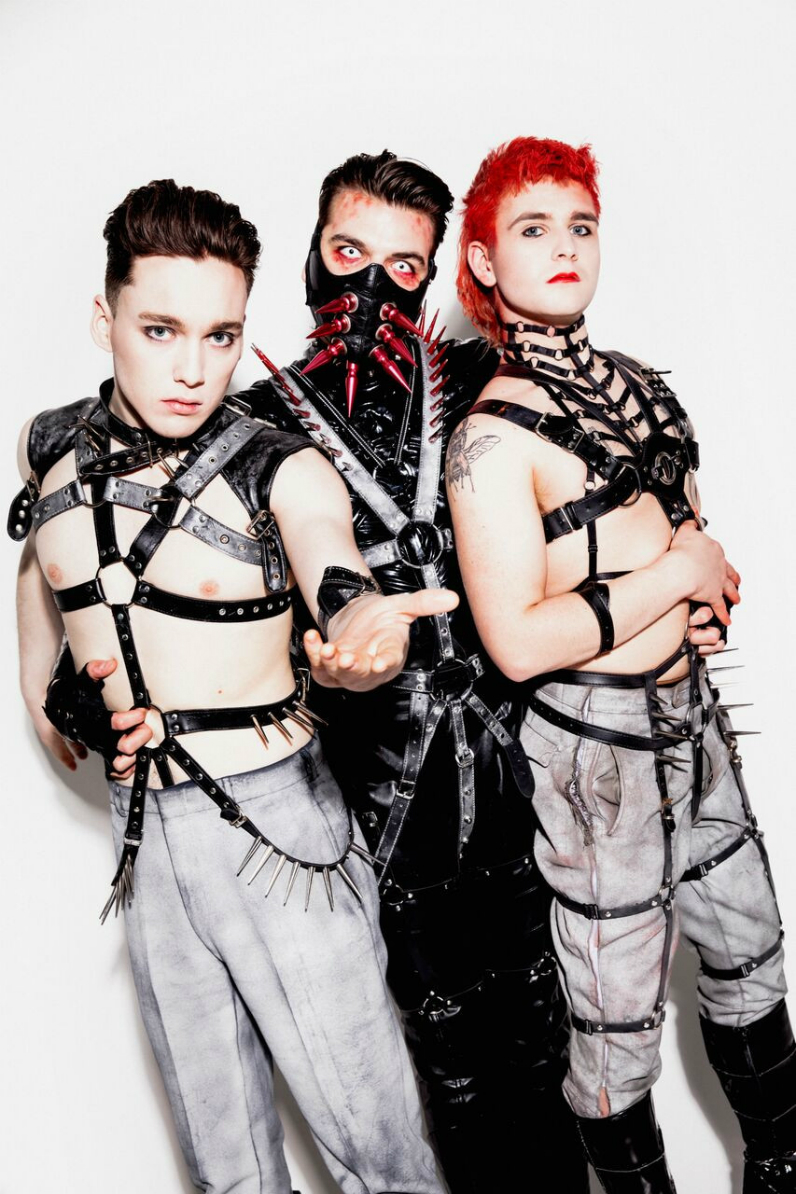 As Rihanna famously said, "Sticks and stones might break my bones, but whips and chains excite me." (Íris Dögg Einars)

2018 was the first time Azerbaijan failed to qualify for the Grand Final since they first entered in 2008, and, boy, they didn't want that to happen again. Lucky, then, that 2019 entry Truth sung by former Pop Idol winner Chingiz, breezed on through after its semifinal. The song itself is fairly middling, but its much improved by Chingiz's gusto performance and the staging, which appears to start with Chingiz having… an MRI or something. 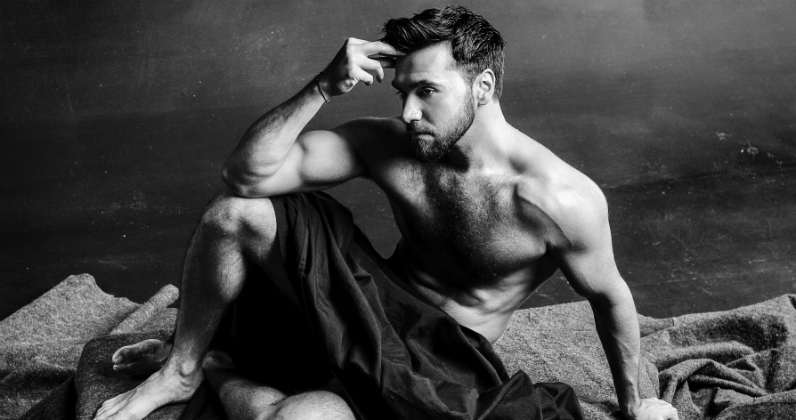 Believing clothes to be a prison for the skin, Chingiz is naked in every single one of his publicity shots for Eurovision. (Dmitry Komissarenko for NVRMIND)

Best of the bunch from the rest of the Big Five – and an increasing favourite – is probably Italy's Mahmood, who slinks his way through Soldi, a sophisticated mid-tempo sung in Italian – funnily enough – with a line in Arabic. It's not a winner by any means, but it's catchy and brooding. Honorable mention to Spain for the chaotic, but current, La Venda, sung by Miki, which looks set to have epic staging, and closes the round of acts.

Since being ordained a regular participant in the contest after their special guest appearance in 2015, Australia have been known to go for it in a big way when it comes to their entries. 2019 is no exception – especially as they will be looking to improve on their shock 20th place last year – and this year marks the first time the Australian public has decided who to send to Eurovision. Their choice is classically trained singer-songwriter Kate Miller-Heidke with Zero Gravity, an operatic maelstrom, and her performance involves a gravity defying – see what they did there? – huge dress on top of a very wobbly, bendy, bouncy pole. After her semifinal performance, Kate became one of the firm favourites. Don't miss. 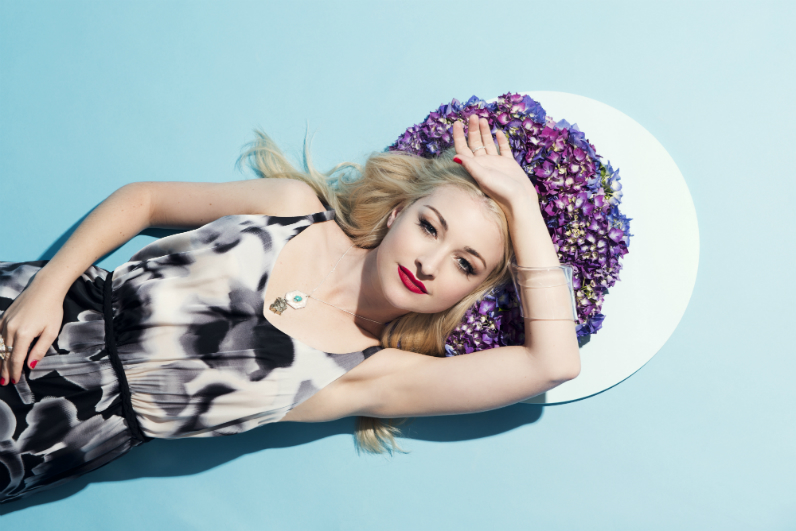 The Grand Final will be on BBC One on Saturday 18 May from 8pm, with the trusty Graham Norton on commentating duty – 2019 marks the tenth anniversary of Graham taking over from the legendary Sir Terry Wogan, so it's bound to be emotional.

You can listen to and watch all participants' entries on the official Eurovision Song Contest YouTube channel.