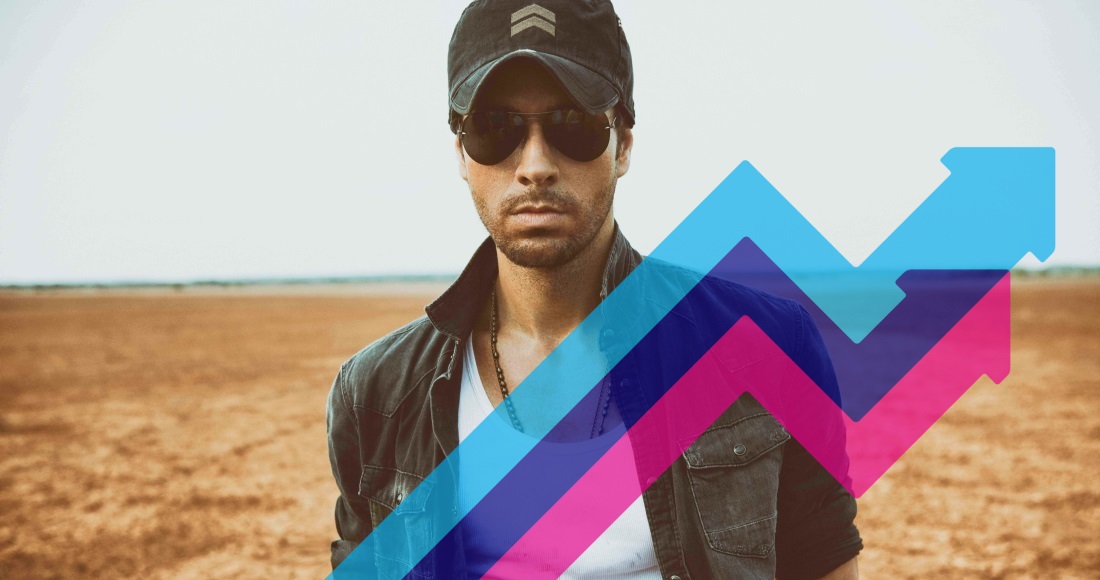 The Official Trending Chart tracks the buzzmaking songs that are yet to impact the Top 10 of the Official Singles Chart, but are making serious gains to becoming huge UK hits.

Subeme La Radio, which translates to 'turn up the radio', has clearly been turned up a lot in the last few days because the track's downloads and streams have sent it to Number 3 on yesterday's Official Chart Update.

Songs that are destined for new chart peaks this week include Demi Lovato's duo of entries, Instruction with Jax Jones and Stefflon Don, and her solo number Sorry Not Sorry. Other songs making buzz on their way up the Top 40 include Alma's Chasing Highs, and Duke Dumont & Gorgon City's Real Life.

But it's not just songs in the UK Top 40 that are pacing up the standings. Impacting this week's trending tally are songs from the likes of Bruno Mars, James Hype and The Killers that you should not overlook.

The bottom of this week's Official Trending Chart is an international affair, with Ukranian artist Kamaliya and French DJ Kungs impressing fans with their tracks Make Me Feel and More Mess. The latter features guest vocals from Olly Murs.

Devised by the Official Charts Company in close consultation with labels, retailers and media, the chart since launch has highlighted emerging hits such as Number 1 singles Sign Of The Times by Harry Styles, and DJ Khaled's I'm The One.