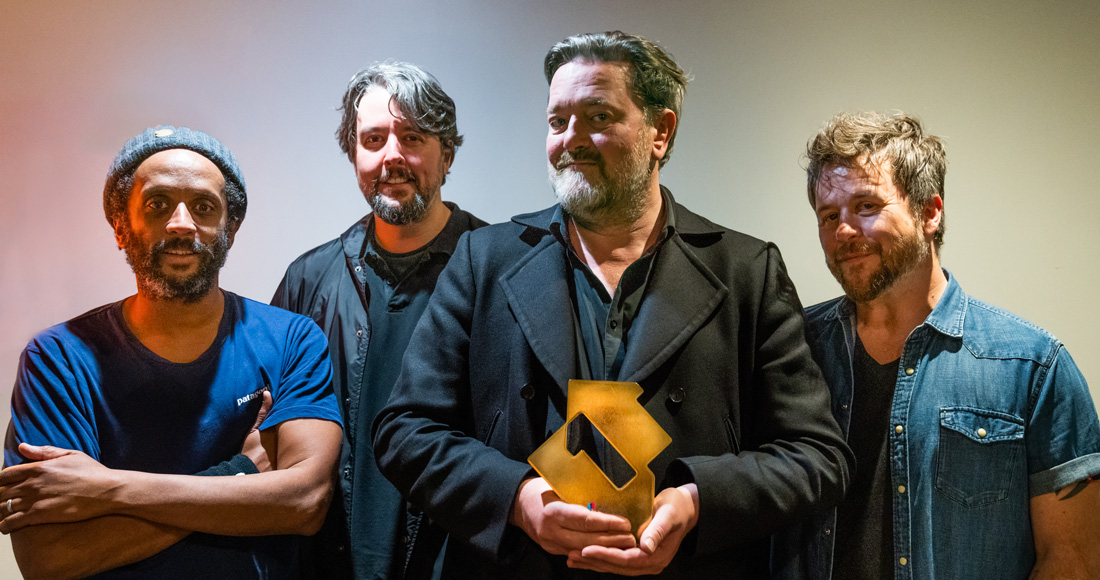 Elbow claim this week’s Number 1 on the Official Albums Chart as their latest collection Giants of All Sizes lands straight in at the top spot.

The record – which outperformed its closest competition, Ed Sheeran’s No.6 Collaborations Project, by more than double - marks the band’s third chart-topping record following 2014's The Take Off and Landing of Everything and 2017's Little Fictions. Giants of All Sizes is also this week’s best-selling album on vinyl.

Celebrating the news, Elbow frontman Guy Garvey tells OfficialCharts.com: “We're over the moon. It never stops being amazing having a Number 1. I'll be singing 'Lucky Number One' all day'."

A new definitive Freddie Mercury solo collection Never Boring debuts at 18, ahead of Metal Galaxy by Japanese kawaii metal band Babymetal at 19. US rapper Lil Tjay’s True 2 Myself lands at 22 with his debut album True 2 Myself.

British singer-songwriter Becky Hill returns to the Top 40 with her Get To Know album, up 20 places to 24 following the release of her new collaboration with Meduza Lose Control, and after the broadcast of his BBC Two documentary From The Heart, Mark Ronson’s Late Night Feelings vaults 42 places to 25.

Gary Numan occupies two slots in this week’s albums Top 40: early recordings of his albums Replicas – The First Recordings, recorded with former group Tubeway Army - and The Pleasure Principle, his chart-topping debut solo album from 1979, land at 31 and 36 respectively.

Finally, Two Hands by Big Thief is new at Number 34, earning the US indie band their first UK Top 40 album.