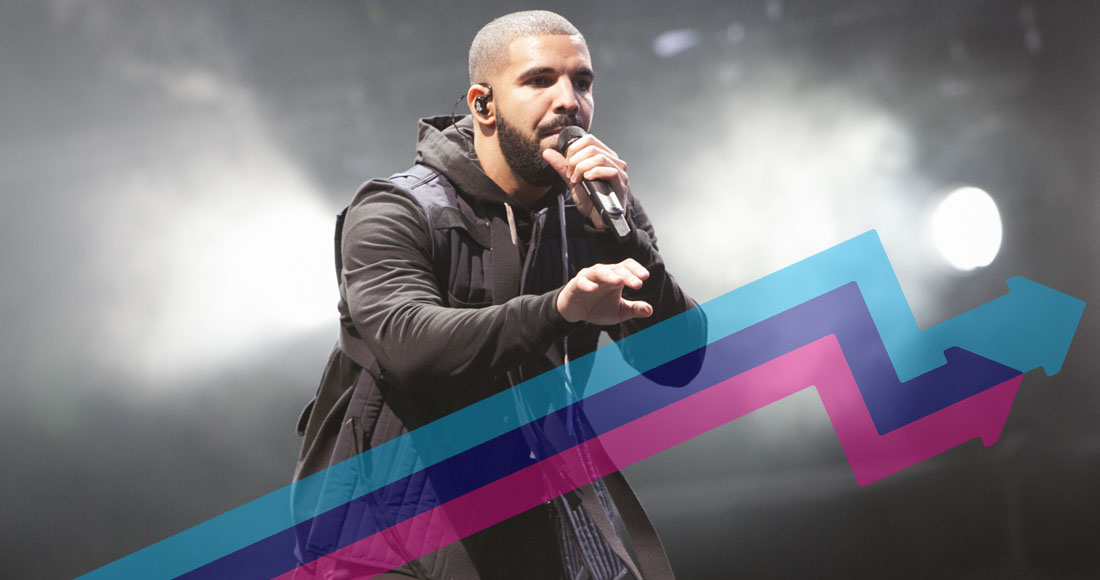 Both the rapper/singer's latest efforts One Dance and Pop Style make huge gains on the trending Top 20 after their unexpected unveiling last Tuesday (April 5).

One Dance, which features Wizkid & Kyla (and samples Kyla's 2008 song Do You Mind), is currently on course to become Drake's first UK Number 1 as a headline artist on this week's Official Singles Chart, while Pop Style looks set to enter the Top 40, currently at 29.

Another track that features highly on this week's trending chart - which tracks the songs making a significant impact in the UK this week - is Meghan Trainor's No. The single has been scaling the Top 100 for the last five weeks and receives a big boost this week thanks to her performances on The Graham Norton Show and The Voice UK final.

Finally, US DJ duo The Chainsmokers make two appearances on this week's trending Top 20, with their latest effort Roses and brand new track Don't Let Me Down.