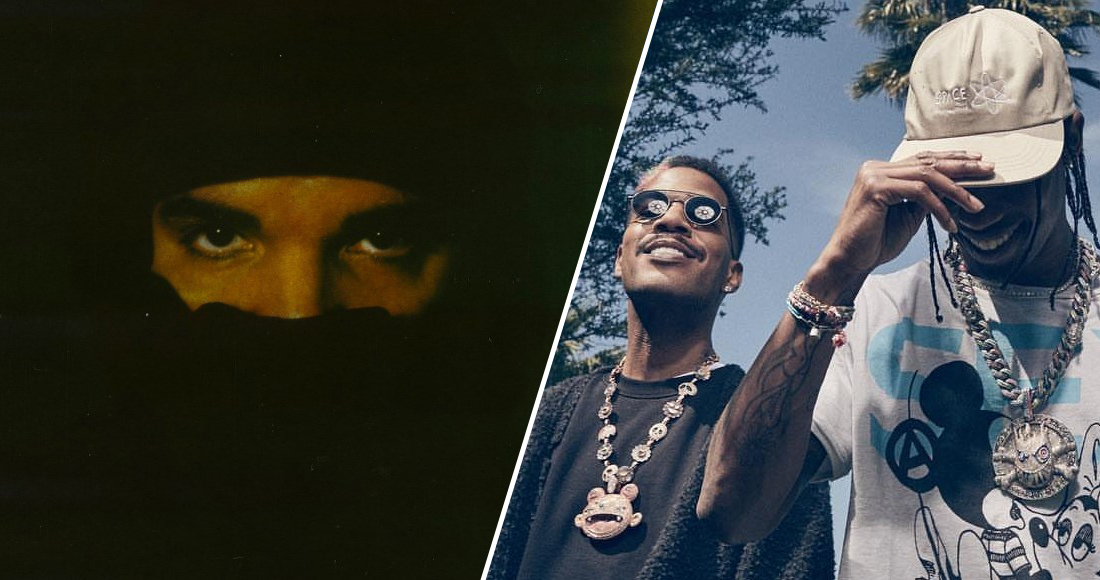 Drake has right foot up, left foot slid his way to Number 1 on this week’s Official Irish Singles Chart with Toosie Slide.

Following its premiere in the video game Fortnite, The Scotts’ self-titled single debuts at Number 2. The Scotts are Travis Scott and Kid Cudi (real name Scott Mescudi) and their eponymous track becomes the highest-charting single for both, surpassing the Number 3 peak for the former’s Highest In The Room from 2019, and the latter’s Memories with David Guetta from 2010 which topped out at Number 5.

Following his posthumous Number 1 in January featuring on Eminem’s Godzilla, US rapper Juice WRLD scores a second Top 10 single in 2020 with Righteous at Number 7.

British YouTuber-turned-boxer-turned-rapper KSI debuts at Number 11 with Houdini ft. Swarmz & Tion Wayne, a new personal best for the rising star. The 1975 score their highest chart position in seven years with If You’re Too Shy (Let Me Know) which starts out at Number 13.

The latest track to skyrocket in popularity after usage on TikTok, ILY (I Love You Baby) from US producer Surf Mesa ft. Emilee makes its first Irish Chart appearance at 47, and finally, Texan rapper Don Toliver scoops his first Top 50 hit with After Party at 48.