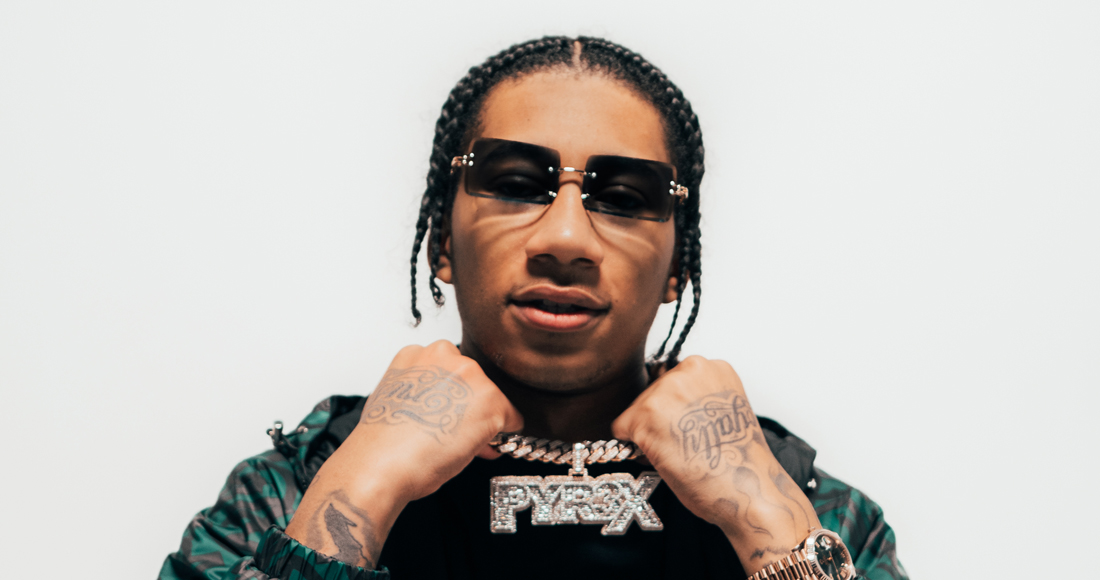 Digga D is one of several artists battling it out for Number 1 on this week's Official Albums Chart following the release of his mixtape Made In The Pyrex last week.

Made In The Pyrex is currently leading the way on streams and is on track to be the UK's most-streamed record of the week.

"This tape means a lot to me," Digga D, real name Rhys Herbert, told OfficialCharts.com. "I’ve been able to get a lot off my chest that I haven’t been able to since my last tape Double Tap Diaries."

On fighting it with two legendary rock acts for this week's top spot, Digga remains confident. "Making Number 1 would mean me meeting my expectations," he says, adding: "I don’t expect to be Number 2!"

Digga D narrowly missed out on a spot in the Top 10 with his first tape, 2019's Number 11-peaking Double Tap Dairies. His follow-up features collaborations with AJ Tracey and M1llionz, production from Chris Rich, 5ive and AoD, while its lead single, Top 40 hit Woi, was nominated for Song of the Year at the 2020 MOBO Awards.

The collection also includes the hit singles Chingy (It's Whatever), Bringing It Back and Toxic. View Digga D's Official Chart history so far here.

The final placings for this week's Official Albums Chart will be revealed here on OfficialCharts.com on Friday at 5.45pm. Listen to the BBC Radio 1's Official Chart show with Scott Mills live every Friday from 4pm.