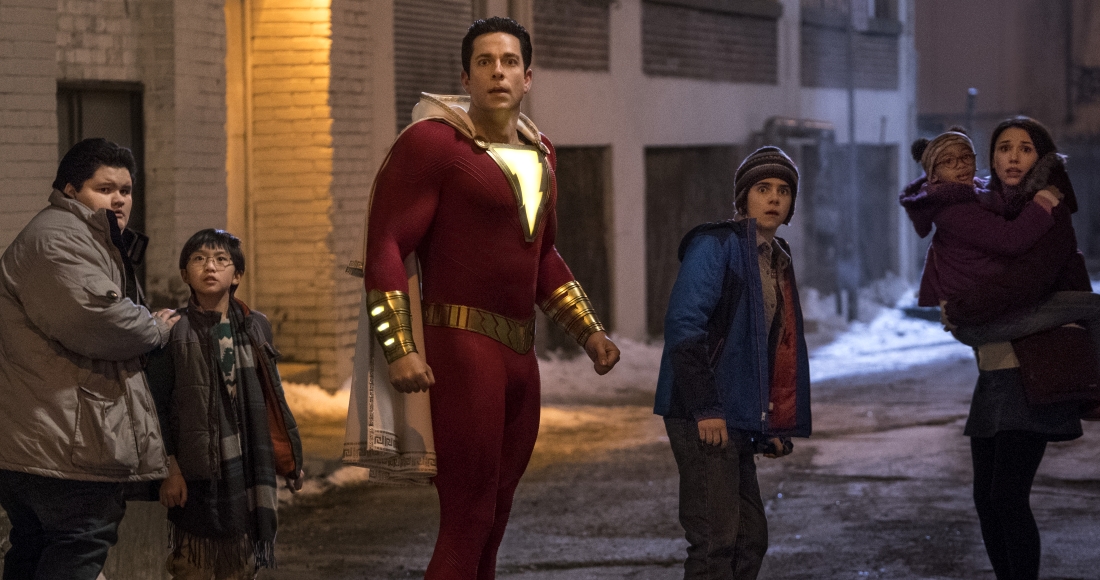 Shazam! zooms up to the Number 1 spot on the Official Film Chart following its release on disc.

The light-hearted adaptation of the DC comics classic, starring Zachary Levi as the titular character, zips up two places to claim the top spot from Tim Burton’s Dumbo (2), which spent two weeks at the helm.

Shazam! is also joined by two other DC titles in the top 10 this week, with animated adventure Batman: Hush debuting at Number 6, while Jason Momoa’s Aquaman holds on at 7.

MORE: Bohemian Rhapsody named the biggest film of 2019 so far

Making its terrifying entrance into the Top 10 is Pet Sematary, rising a massive 35 places to Number 3 thanks to its release on DVD and Blu-Ray.

This adaptation of Stephen King’s haunting novel tells the story of a young family, who upon relocating from Boston USA to rural Maine discover a mysterious pet burial ground in the woods near their new home. When their cat is killed by a truck, the father buries it in the cemetery, and quickly finds that all is not as it seems.

Hellboy hangs onto its place at Number 4 on digital downloads only, ahead of previous Number 1 Captain Marvel at 5.
Alita: Battle Angel drops three places to Number 8, Mary Poppins Returns is down one at Number 9, and Bohemian Rhapsody makes a triumphant return to the Top 10 at Number 10.

This week, check out a trailer from the terrifying The Curse Of La Llorona, the sixth film in The Conjuring Universe, available to download & keep from August 26.

© 2019 Warner Bros. Entertainment Inc. SHAZAM! and all related characters and elements are trademarks of and copyright DC Comics