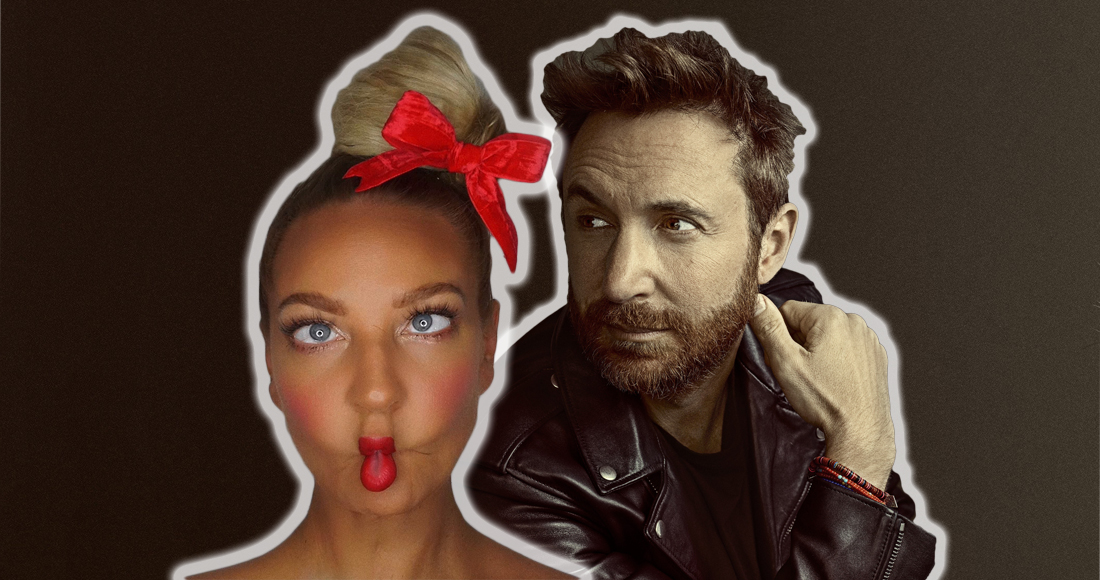 Like Danny & Sandy, Thelma & Louise and J-Lo and Pitbull, David Guetta and Sia are absolutely an iconic duo.

The pair have teamed up no less than eight times already since 2011, and now they're ready to drop their ninth collaboration together. Let's Love, pre-released with an exclusive snippet for five days on TikTok, gets its full commercial release on Friday September 11. A shimmering 80s throwback in the vein of The Weeknd's Blinding Lights, we're guessing this one will be another sure-fire smash hit.

In light of the new collaboration coming out way soon, we look back at the sales and streams of when they've joined forces previously.

David and Sia's first collaboration was the result of a perfect storm. A respected singer-songwriter but with little mainstream success, Sia wrote and recorded a demo of the track for David, who in turn recorded it with Mary J Blige, and had offered it to Katy Perry, but ultimately he preferred Sia's take. She agreed to the release, insisting it would be her last record as a singer - except it would be just the beginning of her rise to global stardom: Titanium went on to top the Official Singles Chart, sell over one million downloads and rack up 139.7 million streams.

At the same time as Titanium, Sia featured on the party-starting Wild Ones by Flo Rida. A rapper-less remix of the track by Guetta and Nicky Romero featured on the former's re-release of his Nothing But The Beat 2.0 deluxe album.

The pair hooked up again less than a year later under similar circumstances as Titanium. "I wrote that for Cher," Sia later revealed on the origins of She Wolf on Twitter. "Can't you hear me giving my Cher? I'm giving it my Cher!" But while its towering chorus and Sia's wallpaper-peeling vocals are all present and correct, the result didn't quite have the same magic as its predecessor, but still peaked at a respectable Number 8.

Sia is the only artist to have tamed Guetta into producing a synth-less, electro-free ballad; and as it turns out, The Whisperer, which featured on his 2014 album Listen, is a pretty great one.

David and Sia re-grouped in 2015 for Bang My Head, an electro-tropical number that sounds like a blueprint for Sia's This Is Acting album (the one with Cheap Thrills on it), which was released a couple of months later. Once again, uplifting defiance is the name of the game here - because if it ain't broke...

Originally on David's Listen album also, it was reworked for a single release in 2015 with added Fetty Wap (not the 2020 type of WAP) and it reached the Top 20, tallying 57.9 million streams.

Sia's stirring piano ballad recorded for the Fifty Shades Darker film in 2018 was given the Guetta (and Afrojack) treatment, adding some nifty electro-squiggles to the chorus.

David and Sia's seventh collaboration put a funky twist on their trademark motivational anthems, with Sia declaring: "Just keep moving, look within for the strength today" over the kind of synthwave production you might expect to soundtrack neo-noir crime thriller. The song became their third Top 10 together in May 2018 and has so far been downloaded on 128,000 occasions and played 97.5m times.