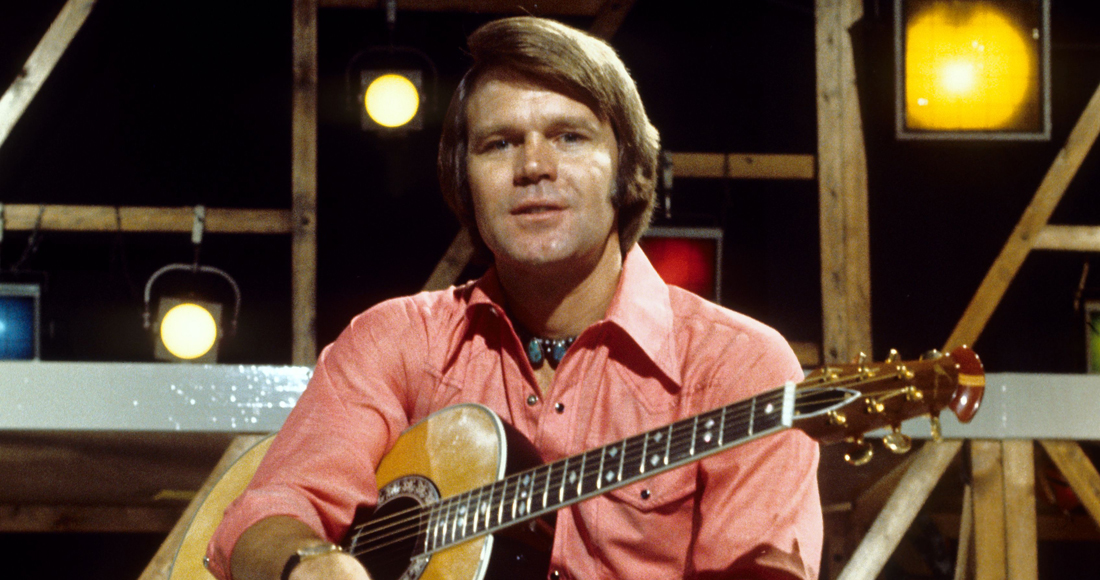 The music icon had ben battling Alzheimer’s disease, which he had announced publicly in 2011. He was 81.

A statement from the family said: "It is with the heaviest of hearts that we announce the passing of our beloved husband, father, grandfather."

A self-taught musician and songwriter, the Arkansas-born Campbell went on to sell 45 million records across 70 albums and amassed nine Grammy awards.

He also made a foray into acting, most notably in the film True Grit alongside John Wayne.

In June this year, Campbell's final album, Adios, was released, featuring twelve songs from his final 2012-13 sessions. It reached Number 3 on the Official UK Albums Chart.

Campbell also embarked on a final tour during that period of sessions, which ended in 2012. This period was filmed for the 2014 documentary Glen Campbell: I’ll Be Me. The film featured the last song Campbell recorded, titled I’m Not Gonna Miss You, which was written about Campbell’s struggle with Alzheimer’s.

Music stars have been paying tribute to the singer on social media, including Sheryl Crow, Ringo Starr and Dolly Parton, who said Campbell had "one of the greatest voices of all time". Watch her video message and more below:

Glen Campbell was one of the greatest voices of all time. I will always love you, Glen! pic.twitter.com/LQFEWA42lF

I'm very broken up to hear about my friend Glen Campbell. An incredible musician and an even better person. I'm at a loss. Love & Mercy.

Very sad to see Glen Campbell go after a long goodbye. He and his music will always be with us. Thanks, Glen. Rest in peace. pic.twitter.com/bTOi68SW5j

We say goodbye to the great Glen Campbell. But in out hearts we know that the Wichita lineman is still on the line

Lost another great one today. Thoughts and prayers going out to the Campbell family. #glencampbell #rhinestonecowboy pic.twitter.com/XRQySY01pm