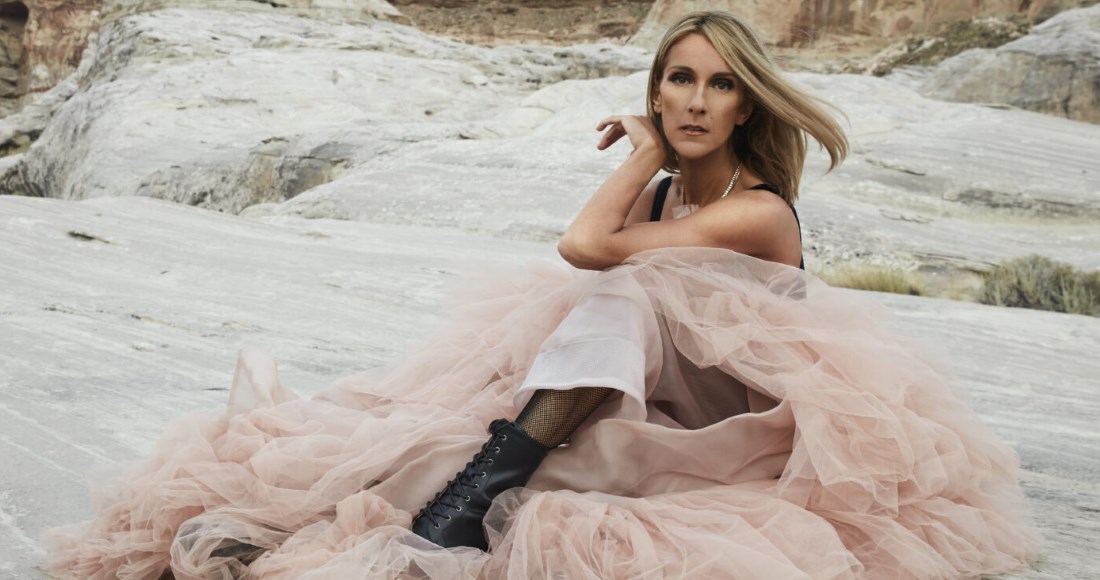 As Canadian singing sensation Celine Dion returns with her twelfth English language album, Courage, Official Charts takes a look at the superstar's most-streamed songs in the UK. The Top 40 list reveals which of her tracks during 38-year music career stand up strongest in the digital era, since streaming records began in 2014.

While Celine's recording career technically began in 1981, when she released her first album at 12 years old, she didn’t become a household name in the UK until 1988, when the then 20 year old was chosen to represent Switzerland at Eurovision Song Contest. She finished in first place with her track Ne Partez Pas Sans Moi (which roughly translates as ‘Don't Leave Without Me’), beating the UK entry, Go, by Scott Fitzgerald by 137 points to 136 (!).

Her first English language album, Unison, was released in 1990 in North America, but Celine didn’t find chart success on UK shores until 1992 with her version of the title song from Disney’s Beauty And The Beast. The track, which also features the vocals of Peabo Bryson, was ditched from the film’s final theatrical release, but Disney elected to keep it on the official soundtrack. It peaked at Number 9 on the Official Singles Chart in May, 1992 and is her 11th most-streamed song in the UK with 5.6 million plays.

While her subsequent three UK single releases (1992’s If You Asked Me, Love Can Move Mountains and 1993’s Where Does My Heart Beat Now?) failed to make the UK Top 40, Celine was back with a vengeance in 1994 with The Power Of Love, which peaked at Number 4. It’s now her seventh most-streamed track with 9 million plays.

Celine scored her first UK Number 1 the following year with Think Twice. This slow burning powerhouse anthem would go on to become one of the UK’s biggest selling singles of all time with over 1.32 million sales. When it comes to streams, it ranks fourth, with 14.7 million plays.

However it was Celine’s second Number 1, My Heart Will Go On, which would become her first UK million-selling single and her overall biggest single of all-time with 1.84 million chart sales, including 27.3 million streams across all plaforms.

Taken from the soundtrack to James Cameron’s cinema epic Titanic, My Heart Will Go On spent two non-consecutive weeks at Number 1 in 1998. It lost the top spot initially to Fatboy Slim’s remix of Cornershop’s Brimfull Of Asha and the Run DMC Vs Jason Nevins’ It’s Like That. Celine probably didn't mind too much, as My Heart Will Go On passed the million sales mark in the UK after just eight weeks.

Elsewhere in Celine's most-streamed Top 40, her 2018 single Ashes - recorded for the Deadpool 2 film - places sixth on 11.6 million plays. Despite not charting in the Top 40, her cover of John Lennon and Yoko Ono's Happy Xmas (War Is Over) ranks ninth with 6 million plays.

Celine is known for delivering impressive covers of hits by other artists, several of which feature in her Top 40 most played. Her take on Tina and Ike Turner's River Deep Moutain High is at 25, and a cover of Luther Vandross's Dance With My Father ranks 29th.