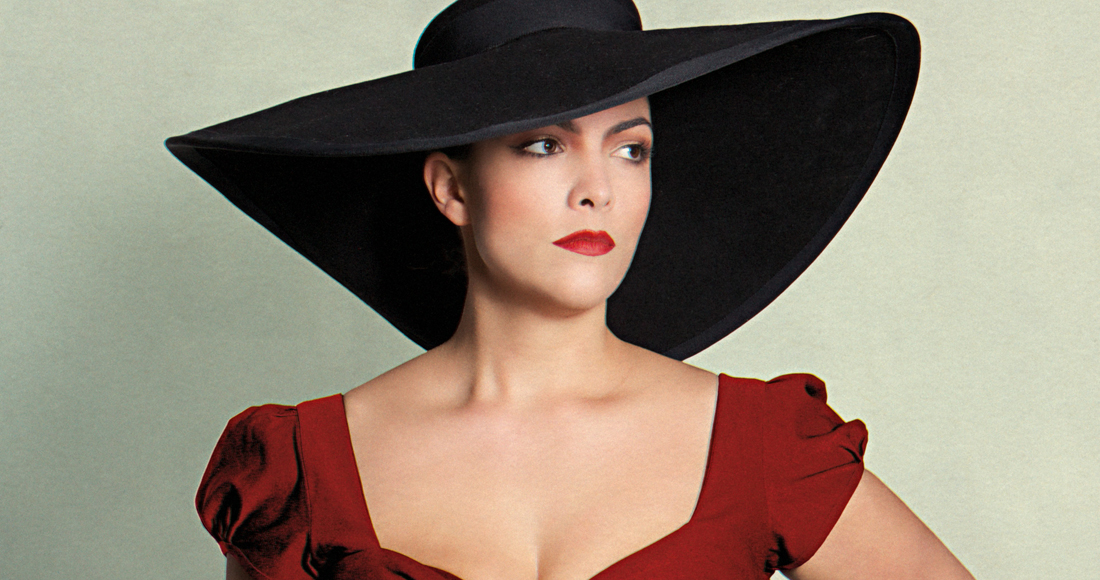 Caro Emerald looks set to knock Rudimental’s Home off Number 1 on Sunday with her second album, The Shocking Miss Emerald.

Caro Emerald could be on course for her first ever Number 1 album this weekend. The Dutch jazz singer’s second studio release, The Shocking Miss Emerald, is narrowly ahead of reigning chart toppers Rudimental’s Home (Number 2) by just over 3,000 copies at this midway stage.

If Caro can maintain her lead going into the weekend, it will be her highest charting album to date; her 2010 debut album, Deleted Scenes From The Cutting Room Floor, peaked at Number 4 and has sold 408,000 copies in the UK to date.

Meanwhile, Alison Moyet returns to the Official Albums Chart after a six year absence. The British singer is new in at Number 3 today with her eighth album, The Minutes. Hugh Laurie looks set to follow up the success of his 2011 debut album, Let Them Talk, with his latest blues collection, Didn’t It Rain (4), while US country pop outfit Lady Antebellum arrive at Number 5 midweek with their fourth album, Golden.

In addition to Caro Emerald (1), Alison Moyet (3), Hugh Laurie (4) and Lady Antebellum (5), there are seven other new entries on this week’s Official Albums Chart Update.

Noah And The Whale are heading for their third Top 10 album on Sunday, the Twickenham-based indie rockers are at Number 8 today with their latest effort, Heart Of Nowhere.

Post-punk quartet Savages, who were tipped for big things this year in the BBC’s Sound Of 2013 Poll, are new in at Number 17 with Silence Yourself, while fellow London duo Public Service Broadcasting, whose concept it is to take samples from public information films, archive news footage and war time propaganda and set them to music, are looking to make their Official Albums Chart debut on Sunday with debut album Inform, Educate, Entertain (19).