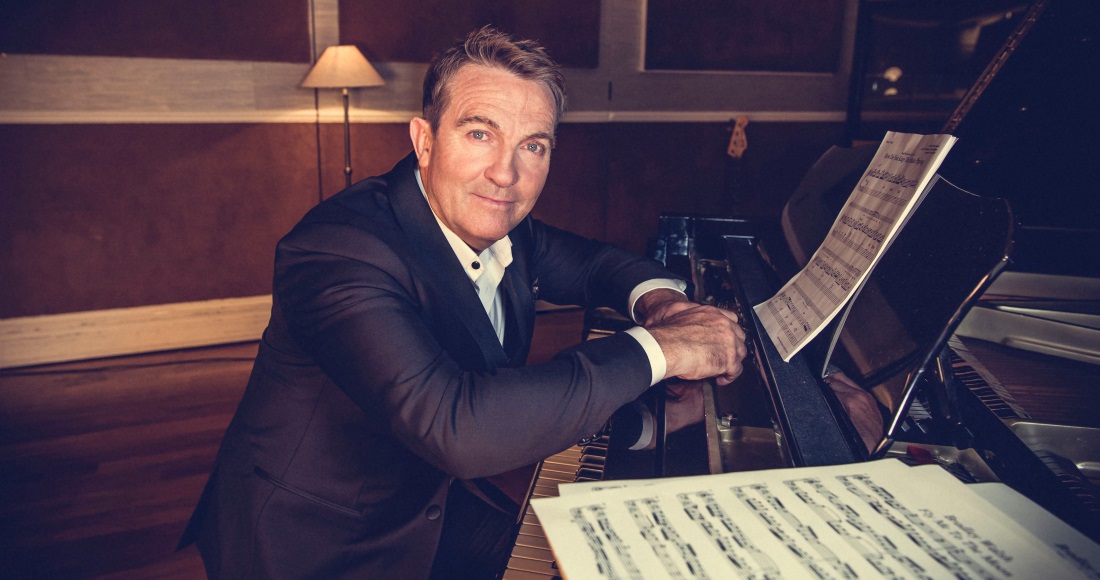 Bagging the best-selling debut album of 2016 by a British artist is no mean feat, but Bradley Walsh managed to do just that last year... in just two months.

The much-loved entertainer, best known for his acting work in Coronation Street and presenting ITV's The Chase, applied his stage and screen experience to a new path - a music career. Chasing Dreams was released last November, where it peaked at Number 10 and shifted 111,000 copies. Not too shabby, right?

Bradley signed a three-album deal with Sony last year, with the second and third records to follow based on the success of his debut. After outselling debut records from the likes of Zayn Malik, Blossoms and Jack Garratt, it is safe to say that those collections are still firmly in the pipeline.

We caught up with Bradley to discuss carving out his niche in the music biz, plans to tour the album and his thoughts on outselling BRIT Award winners and Number 1 album holders.

Congratulations Bradley on your recent success! Can you put into words how it feels to have released the biggest selling UK debut record of 2016?

"I've got to be honest, it has come as a complete surprise and I am absolutely thrilled and a little overwhelmed. I never realised how big of a deal it was going to be, everyone has been talking about it. Conversations, texts, emails, people I haven't seen in years in the industry that are full of congratulations. It's amazing really and a lovely thing to be a part of. I've thoroughly enjoyed it, I really have."

What were your expectations going into this album? Did you ever think Chasing Dreams would find such a big audience?

"I don't think I had any expectations in particular - all I wanted to do was make something that I and my family could be proud of. Because I'm not known as a singer although I've sung for many, many years, I was more focused on not embarrassing myself and not making a ham-fist of it. Consequently, I was thrilled and lucky to work so closely with Sony on the track list and choose the songs that meant something to me.

"Sony have been so gracious about everything and I am excited to work with them again. We're now talking about the second album and how that's going to go."

What do you think the key ingredient has been to Chasing Dreams' success?

"I think the key ingredient is that the arrangements and the tunes are timeless. There's still a market for that type of song. Singing with those guys and girls in the 54-piece orchestra was just extraordinary, it's a real tour-de-force. I really hope that has came across. Another thing is, we don't really have anyone in this country that is doing it. That's part of the market that was missing." 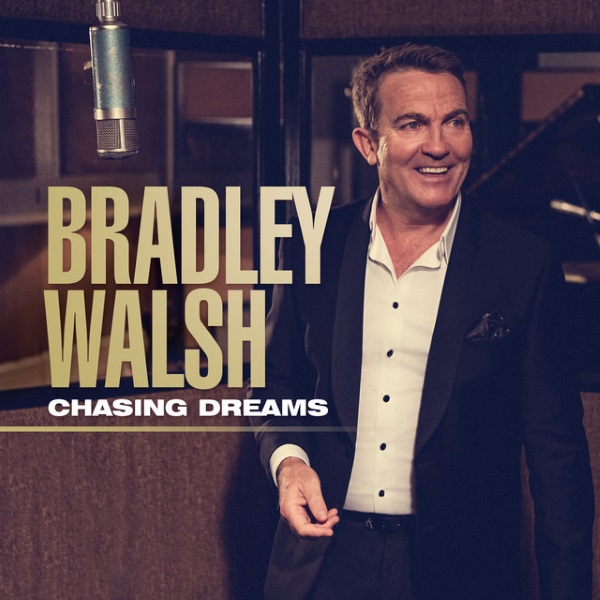 From Wheel of Fortune to a Gold-certified album, not bad Bradders!

We wanted to touch upon that orchestra! There seems to be a revival for commercial orchestral music, mostly spearheaded by Elvis Presley's recent Number 1 albums. How does it feel being in the same conversation as The King?

"It is very difficult to put words to it because I don't really understand that side to the industry. For all intents and purposes, all I've done is stand in front of a band and sing. I really hadn't realised the gravity of it. To be in the same circles as Elvis Presley [laughs], it is just nuts!"

Looking at other UK acts whose debuts you managed to outsell like Zayn Malik and Jack Garratt, we think you’ve proved that it’s never too late to achieve what you want, is it?

"I think you're right - I don't think you should ever be told that you can't do anything. Also, it just shows that there is a market and there are people that want to hear these types of tunes. If there was no-one new coming along to put a different slant on something, those people are stuck with their old albums. It goes to show that CDs will sell!"

Now that the album has performed so well, you've mentioned that you're back into the studio. Do you have any details on that?

"It is tentative but I did initially have a three album deal on the understanding that the first album went well. Sony have already spoken to me about the next one so I've got to sit down and put another tracklist together and see how we go with that."

We know that Chasing Dreams’ title track was co-written by yourself, so would you ever consider releasing a full collection of original material?

"No, I don't think so. I quite enjoy singing tunes that I know and love; some of them haven't been heard in a long, long while and some of them are quite obscure tunes, and some are what you would deem as standards. I don't think there's a massive market for new songs written of that genre. Chasing Dreams was written by Steve Sidwell and I penned the lyrics to just try it out. Strangely enough, that now will be my signature tune on whatever show I do.

"For subsequent albums, I don't think there's any need to write new tunes. I think we've just got to give people songs that they remember and love, and also come in with a couple of quirky ones. For instance, we did a tune called Amapola sung in Spanish. That was written in 1925 and only people of a certain age will remember that. People love these tunes but have forgotten them. There's massive room for that."

I guess you can add time traveller to your CV if you're wanting to go back and bring these songs forward to the present day...

Finally, you've mentioned the possibility of live shows - are those on the horizon?

"Yes! Already I've been asked to work the Wigan Jazz Festival and also we're talking of touring the album. The only problem I have at this moment in time is I have not got any time at all, my entire year is now taken up with contracts for television. It won't be a massive tour but it will be theaters, that sort of feeling. But we will tour."