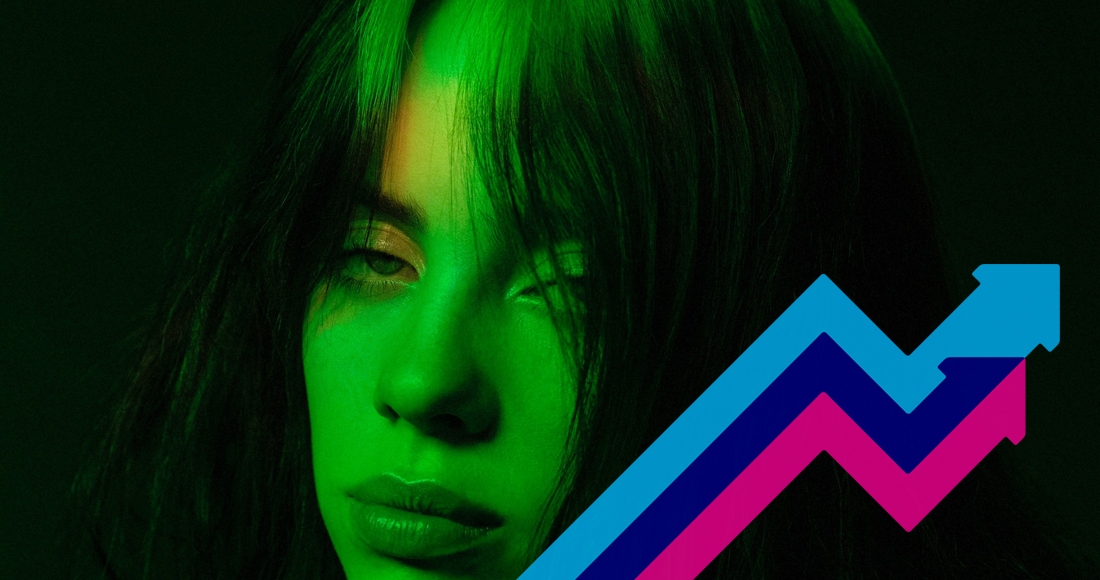 Billie Eilish scores the UK's Number 1 trending song this week as her latest single, Everything I Wanted, sets course for a big debut on the Official Singles Chart.

The US singer-songwriter's new track, released last week, is set to make a Top 10 debut on the UK singles chart, currently at Number 3 in the latest sales flash.

In an interview with Zane Lowe on Apple Music Beats 1 radio, Billie responded to claims the song was about her struggling with fame, explaining it has "so many meanings". It’s me talking about how sometimes everything you wanted is not what you actually should. It might not be exactly how you dreamed it because it is a dream."

Billie also revealed that she recorded one of the lines of the song underwater. "I mean, we couldn’t not do that. Are you kidding?" she said. "With that f**king line, it was like, you can’t not."

Other tracks ranking highly on this week's Official Trending Chart include Meduza's Lose Control ft. Becky Hill and Goodboys, which could snag the prodcution trio their second Top 10 single after Piece Of Your Heart earlier this year, and Roxanne by US singer-songwriter Arizona Zervas. The rising star, who recently signed to Columbia Records, is fast-gaining a global smash the song as it scales charts across the world.