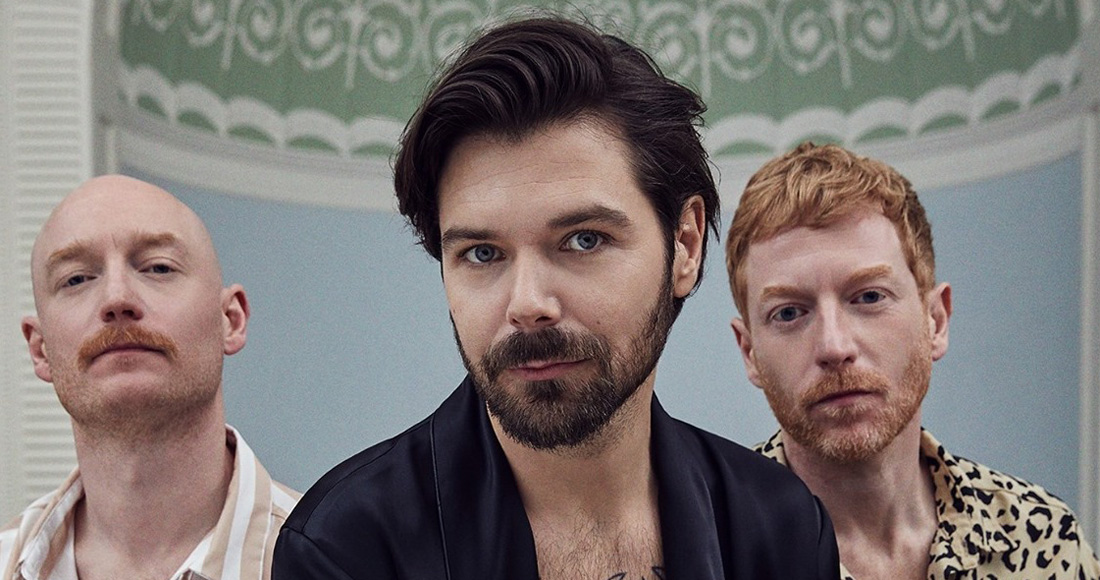 Over the last 18 years, Biffy Clyro have grown into one of Britain's best guitar bands.

Their swooping alt-rock records have in recent years found success on both sides of the Atlantic, a sound that has evolved from the experimental prog of their earlier albums.

The trio have today unveiled brand-new track Instant History, the synthy-heavy lead single from their upcoming eighth studio album that could be their most radio-friendly moment yet.

We count down the tio's Top 5 biggest songs, based on sales and streams combined, before revealing the fill Top 10 at the bottom of the page.

The lead single from the band's sixth and first Number 1 album Opposites, Black Chandelier is one of Biffy's more straightfoward songs despite its subject matter. It was once described by Simon as an "anti-love song", adding: "It's kind of a downbeat look at love and what it demands of you as a person." In an interview with NME he also suggested the song was about the recent strain on his marriage due to his wife suffering two miscarriages.

The third single from the band's Only Revolutions album is a brassy, stadium-sized anthem with a big pop chorus that would set the tone for their future records. The single was released with the B-Side Help Me Become The Captain - an early, less-polished version of the song that had been recorded a few years earlier. The video, which depicts Simon as a prisoner on a pirate ship, was a big draw, winning best video at the NME and Kerrang! Awards.

The band's fifth spin-off from Only Revolutions may have been the lowest-charting single from the record, but it holds up as one of their most popular today. It's sparky, almost Kings Of Leon-esque sound is in part thanks to Josh Homme from Queens of the Stone Age who provides additional lead guitar.

Mountains, Biffy Clyro's highest charting single, wasn't originally attached to an album when it was released - the band were eager to keep up momentum from their recent Puzzle album but didn't want to wait the usual year-between-albums cycle. Originally titled Teeth and Moutains, this rock epic is about Neil's growing confidence as a songwriter and, fittingly, became their first Top 10.

Described by many as the perfect rock ballad, Many Of Horror - renamed Many Of Horror (When We Collide) for is single release - reached a respectable Number 20 in January 2010. By the end of the year it was a Top 10 hit thanks to X Factor winner Matt Cardle releasing a cover as his winner's single; fans of the Biffy original set up a campaign to get it to Number 1 over Cardle. It remains a popular song to soundtrack dramatic TV moments, and as such ranks as the band's biggest song overeall, with 670,000 chart sales including 31.5 million streams.