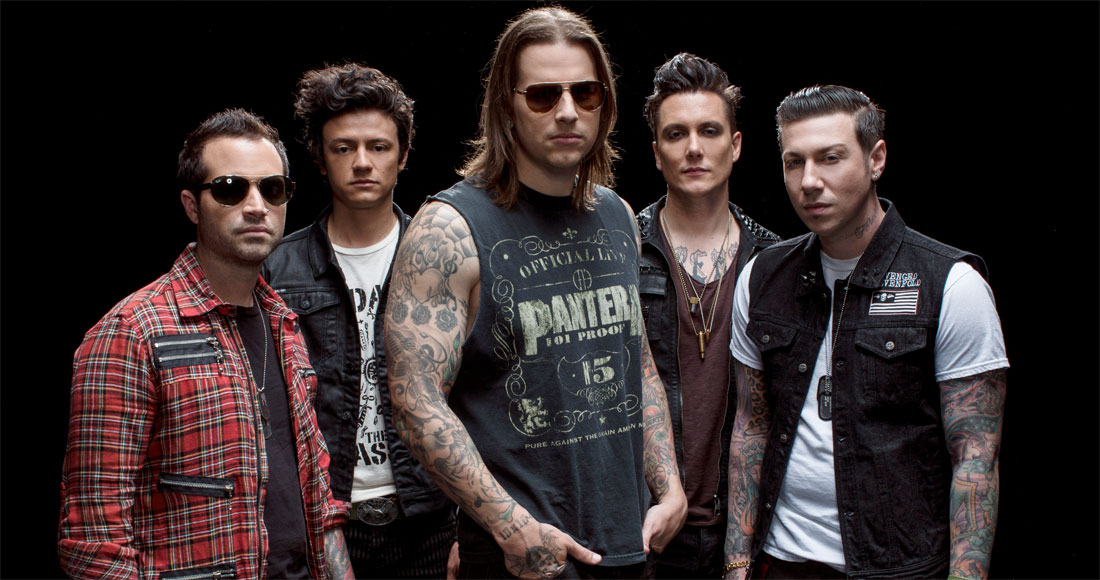 Avenged Sevenfold could be on course for their first ever Number 1 UK album this weekend with Hail To The King.

The US rockers, who released their sixth studio album on Monday (August 26) look set to end Britain’s Got Talent stars Richard And Adam’s four-week-stand at the top of the Official Albums Chart with their debut full-length, The Impossible Dream (down five places to Number 6 today). If Hail To The King can maintain its lead going into the weekend, it will be Avenged’s highest charting UK album to date; its predecessor, 2010’s Nightmare, peaked at Number 5.

Rising UK producer Shahid Khan, AKA Naughty Boy, is one place behind Avenged Sevenfold today with his debut album, Hotel Cabana (Number 2). The 28 year old co-write and produced Emeli Sande’s breakthrough album, Our Version Of Events, which went on to become the biggest selling album of 2012. Naughty Boy has recently been working with 2012 X Factor winner James Arthur, Lily Allen, and with William Orbit on Britney Spears’ as-yet-untitled comeback album. More recently, Naughty Boy scored a Number 1 single in his own right with La La La FT Sam Smith, which is arguably the tune of summer 2013, and the fourth biggest selling track of the year.

There are four other new entries on today’s Official Albums Chart Update: Newton Faulkner is heading for his fourth Top 10 album with Studio Zoo (Number 7). The album was recorded over a five week period earlier this summer in Faulkner’s home studio in East London. The whole process was streamed live online, Big Brother-style for fans to watch.

Fisherman's Friends are on course for their second Top 40 album this weekend with their latest collection of sea shanties, One And All (14), while Glasgow collective Belle & Sebastian are set for their ninth Top 40 album to date with The Third Eye Centre (25). Edward Sharpe & The Magnetic Zeros complete today’s new entries with their new self-titled album (34).