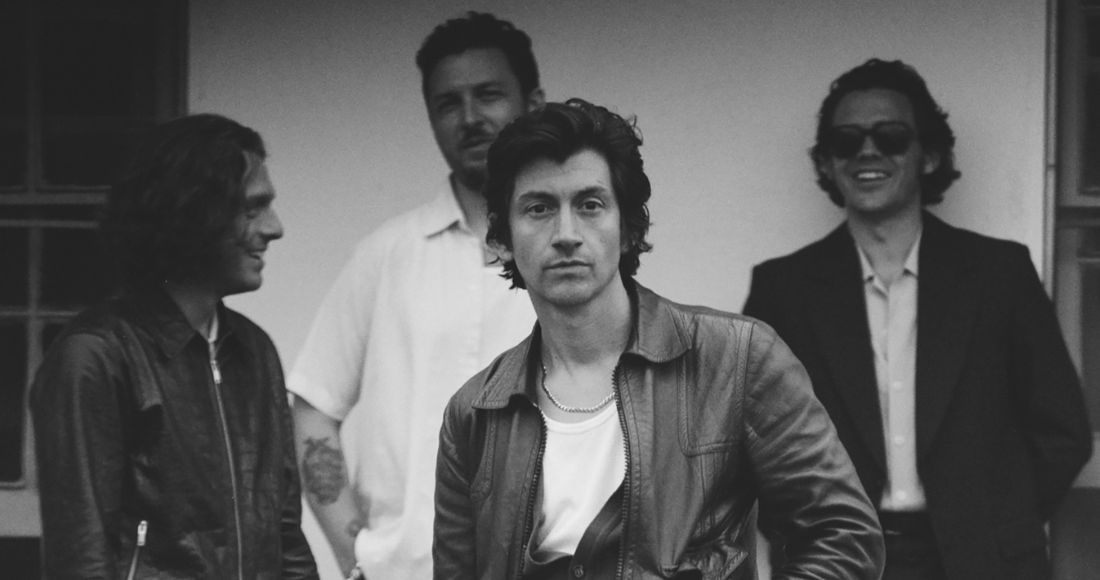 Arctic Monkeys are the defining British band of their generation.

Now back with their seventh record The Car, Alex Turner, Matt Helders, Jamie Cook and Nick O'Malley have been on an extraordinary musical journey since their hype-laden debut in 2005, plucked from the streets of Sheffield and into indie-rock superstardom.

Since that debut, the Arctics have worn many hats and explored many corners of rock music, from post-Britpop intake of breath to their influential debut album, to the defining skinny jean slick rock of AM.

To celebrate The Car's release, and as the Arctic's duke it out against Taylor Swift for domination on the Official Albums Chart, we're counting down the band's Official biggest singles and albums in the UK, with brand-new updated figures thanks to Official Charts Company data.

Let's start it off with Arctic Monkeys' Top 10 biggest singles in the UK. But before we get to that, here's an in-depth look at the Top 5.

A stoner rock anthem, R U Mine? primed the public for the victory lap of AM's release a full year before it dropped, yet it still acts as the perfect introduction to the Arctics' most confident record.

A swaggering funk-blues tune with more than a heady influence of R&B and hip-hop inside Alex Turner's slick cadence makes AM's third single another modern classic from the band. It edges out R U Mine? with more physical sales and streams (combined streams of over 161 million).

The second single from Favourite Worst Nightmare, Fluorescent Adolescent is a scatty garage-rock lament for lost youth that has, in many respects, become a generational anthem.

The tracks music video (featuring Stephen Graham and directed by The IT Crowd's Richard Ayoade) is the band's second-most streamed visual, with other 6.4 million video streams.

You can't do better than a Number 1 debut on your first go. Lifted from the then-burgeoning social media platform of MySpace, Alex and co. may have asked people to not believe the hype, but it was hard not to agree with them.

Then, as now, I Bet You Look Good On The Dancefloor is just, front to back, a great tune and one of the largest post-Britpop flags in the ground for British rock. Not only that, but it's still the band's highest physical seller (over 114,000).

It's very easy to pinpoint the magic; a propulsive and explosive production, as well as some light-footed lyricism ("No Montagues or Capulets, just banging tunes and DJ sets") that showed from the off that the Arctic Monkeys were here and here to stay.

There is no better way to announce the world "we're about to make the best music of our career" than the sly, slinky and undeniably sexy bass line of Do I Wanna Know, officially Arctic Monkeys' biggest song in the UK.

AM's opening track starts off holding the shape of a pop song, before exploding into something more stuttering and insurmountable in its second part, echoing Alex's emotional fragmentation, backed by those high falsetto coos of "Do I wanna know?" And no, deep inside, he doesn't.

But what we know (sorry) is that Do I Wanna Know is by and far the biggest track the band have ever released here. With over 2.5 million chart sales combined, it's also their most digitally-downloaded tune (over 482,000) and their most-streamed too (over 255 million streams, including 29 million video streams).

Arctic Monkeys biggest albums in the UK, ranked and revealed

A stark left-turn from the strutting G-funk of AM, Tranquility Base Hotel & Casino is instead, somewhat bizarrely, a soft sci-fi concept album coupled with the Arctics stepping into gentle lounge music and blues.

No matter how heady the U-turn, Tranquility has proved to be one of the most important records of the band's career (you can read The Car on many sonic levels as a continuation and in some places an improvement on what they were dabbling with here) which became Arctic Monkeys' sixth consecutive Number 1 studio album in the UK.

Humbug is a record that made its most important mission to subvert people's expectations. Recorded in the desert with Queens of the Stone Age's Josh Homme, Humbug dumps out the recogniseable styles and lyricisms from the first album and replaces them with psychedelic rock with a harder edge.

Derided critically at the time, retrospective commentary has more often than not highlighted Humbug as having helped the band to grow and reach new and bolder horizons.

The title reflects the band's approach to this album; try everything, and see what works. And try they do.

Their most diverse offering musically, Suck It And See is the fourth biggest Arctic Monkeys album in the UK, reaching combined chart sales of 450,000.

Released less than 18 months after their debut, Favourite Worst Nightmare proved that above all else, the Arctics were ambitious, and they were never going to be boxed in by one sound.

Favourite Worst Nightmare starts the streak of the band's sonic identity becoming supple and pliant with each respective release.

It's their third most popular here, with over 1.2 million chart sales to its name.

The first Arctic Monkeys album made from their new base in LA, AM speaks to how the band's confidence in their vision had grown. Inspired just as much by West Coast hip-hop beats and rappers as it is bouncy indie-rock that seemed custom-fit for the skinny jean Tumblr age aesthetic of 2013, AM is the definitive sound of a band in their prime.

The home to their biggest single in the UK, AM is also the Arctic's most digitally downloaded (394,000) and streamed (over 591,000 combined album-equivalent streams) LP to date.

All-in-all it is, quite simply, one of the defining pieces of rock music of the second decade of the 21st century.

Whatever People Say I Am, That's What I'm Not is a landmark debut record for a British rock band.

Not only containing two Number 1 singles, right off the bat (I Bet That..., Sun Goes Down), the Arctics charted a quick and very unconventional road to success with panache, and the results still speak for themselves.

A great alt-rock album, mainly about going out boozing in the North of England as a young teenager, Whatever People Say...has left an indelible mark on the culture of this country's musical palate.

With over 2.1 million chart sales to its name, it's the Arctic Monkeys' biggest album ever here, edging out everyone for the most physical sales too (1.4 million).