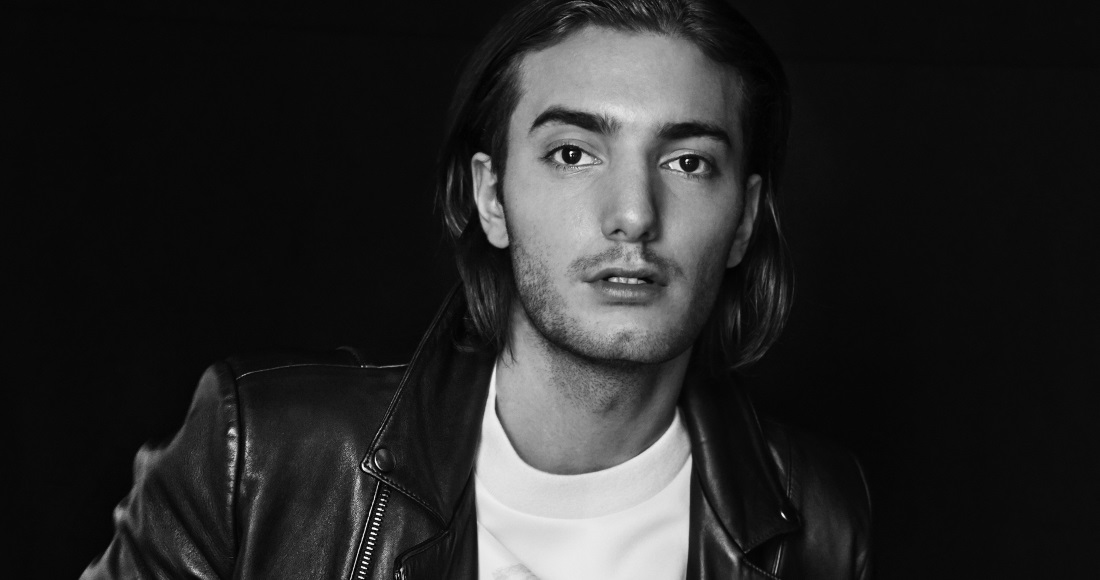 As far as breakthroughs go, things couldn't have panned out any better for Alesso.

In just four short years, the Swedish DJ/producer has scored four Top 10s (the most recent of which is the Kylie-sampling Cool) on the Official Singles Chart, collaborated with the likes of Ryan Tedder and Avicii, and already ranks highly among the world's top DJs.

With his debut album Forever out on Monday. We called him up to find out more about the collection, his sudden rise to fame and, of course, all things Kylie...

Hi Alesso! How are you and where are you at this precise moment?

I’m at a hotel in London – I got here just over an hour ago from Belgium. I took a train, which I much prefer to flying.

Congratulations on recently earning your fourth UK Top 10 single with Cool; that's not too shabby, is it?

It’s amazing… I don’t really know what to say other than that I couldn’t be happier with the way things are going.

Your songs have been all over radio; how much do you consider that when deciding what to release as a single?

I honestly just go with what feels right. Sometimes my songs become radio tracks, other times they’re rave tracks. I produce what I enjoy producing, and I try not to think about it too much. Obviously it’s pretty clear when you’re making something that radio might like – you just know.

Cool samples Kylie’s Get Outta My Way – and what a song that is. You don’t usually sample songs, so what was it about this one that changed your mind?

I went to Kylie’s house and stole it! [laughs] No, I love that track – especially the sample part I used. When I was writing the song with Roy I played him the song and said I’d like it to sound like something in this area. Then I just thought I’d prefer to pay tribute to the track itself.

Kylie’s original reached Number 12 in the charts; do you think it should have been bigger?

Absolutely. That song should have been huge. That’s partly why I wanted to use it – people need to know it exists!

The one that goes… *starts singing*

*more singing*… That’s it - Love At First Sight! That’s such a great song. Sorry, as if I couldn't remember what that song was called.

We'll let you off this time. Your debut album Forever is out next week (May 25). But while a lot of DJ/producers seem reluctant to release albums, you’ve put this together relatively quickly…

I know, right?! Albums today aren’t really the done thing with artists like me. Probably because they don’t sell as much as they used to, but it’s a big deal for me. It’s something I’ve never done before and I want people to get a bigger picture of the kind of music I enjoy producing. It’s not all dance music on there. I'm not just about dance music.

The guest features on your album range of very famous to relatively unknown. How do you go about selecting them?

It’s different every time. To Love features on the album and I first heard her voice two years ago and immediately knew I wanted to collaborate with her. When it came to Roy (English) with Cool I liked the sound of his voice and he had a good idea for the song, and then with Ryan Tedder, we’d worked together before and promised we’d do it again.

He’s incredible – one of the most talented people I know. He’s very sharp, very smart, very switched on. He has an incredible way of touching a nerve and creating that goosebumps moment in a song. Working with him is a privilege.

What’s the best song on Forever?

That’s too hard to say. If I had a favourite, I’d have probably named the album after it, and I don’t want people to judge the record by a single song. I love each song individually for what they are and how they came about.

How did you come up with the title Forever then?

I wanted something simple and uncomplicated, and I’ve wanted to release an album for forever, and it’s going to be by debut album, so Forever just felt right.

You started your music career only four years ago when you were 19; do you remember the moment when you realised you'd hit the big time?

It was when I first saw people singing my songs back to me. I was 19 and I was on my first tour. I had to pinch myself to believe it was happening… I still do!

Alesso's latest track, Cool, is out now. His new album, Forever, is out on May 25. Preorder it here.