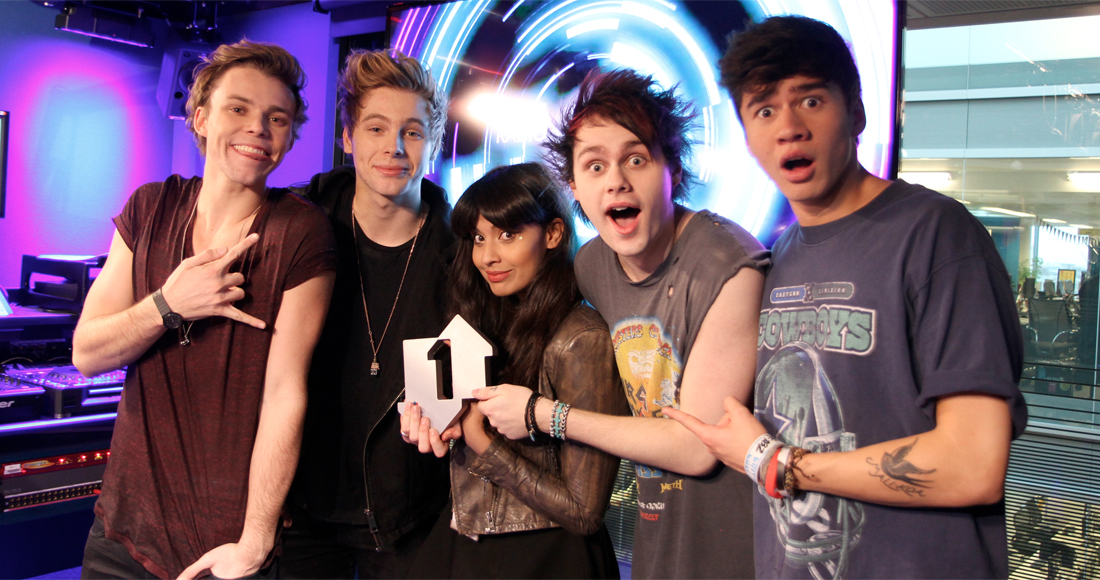 Luke, Mikey, Calum and Ash, AKA 5 Seconds Of Summer, score their first UK Number 1 with She Looks So Perfect.

Congratulations to 5 Seconds Of Summer, who have gone straight in at Number 1 on the Official Singles Chart today with their debut UK release, She Looks So Perfect.

The quartet - Luke Hemmings (vocals and guitar), Mikey Clifford (guitar and vocals), Calum Hood (bass and vocals) and Ash Irwin (drums and vocals) – hail from Sydney, Australia, and have an average age of 18. The group shot to fame after posting covers of Justin Bieber and Ed Sheeran songs on YouTube, and were then invited to support One Direction on their Take Me Home world tour.

5 Seconds Of Summer today become only the fourth Australian group to top the UK’s Official Singles Chart, and first to do so since Madison Avenue‘s Don’t Call Me Baby in May, 2000.

The last Australian act to reach Number 1 was Gotye with Somebody That I Used To Know FT Kimbra in February 2012, while Olivia Newton-John’s 1978 duet with John Travolta, You’re The One That I Want, is the biggest selling UK single by an Australian act; it has sold over 2.05 million copies to date.

Duke Dumont slides one place to Number 2 today with I Got U FT Jax Jones, while French duo Faul & Wad Ad’s Changes is new in at 3. The track, which has already become a massive hit on the continent, samples Pnau’s 2008 single, Baby.

17-year-old Dutch DJ and producer Martin Garrix has teamed up with fellow countryman Jay Hardway to claim his second Top 10 hit today with Wizard (Number 7). The track is the follow-up to Martin’s 2013 Number 1 smash, Animals.

Chris Brown is new at Number 15 with Loyal FT Lil Wayne which is the troubled US star’s 17th UK Top 40 hit so far, while London rapper Sneakbo clocks up his third with Dr Who (21) - his collaboration with German producer Tujamo and house duo Plastik Funk.

Haim’s If I Could Change Your Mind climbs 19 places to Number 33, while Shakira is up three to 39 with Can’t Remember To Forget You FT Rihanna.